Jaya Bachchan makes a shocking revelation about Amitabh Bachchan; reveals he doesn't like her friends visiting their home

Jaya Bachchan complains about Amitabh Bachchan not liking her friends visiting their home, and calls him an old man. 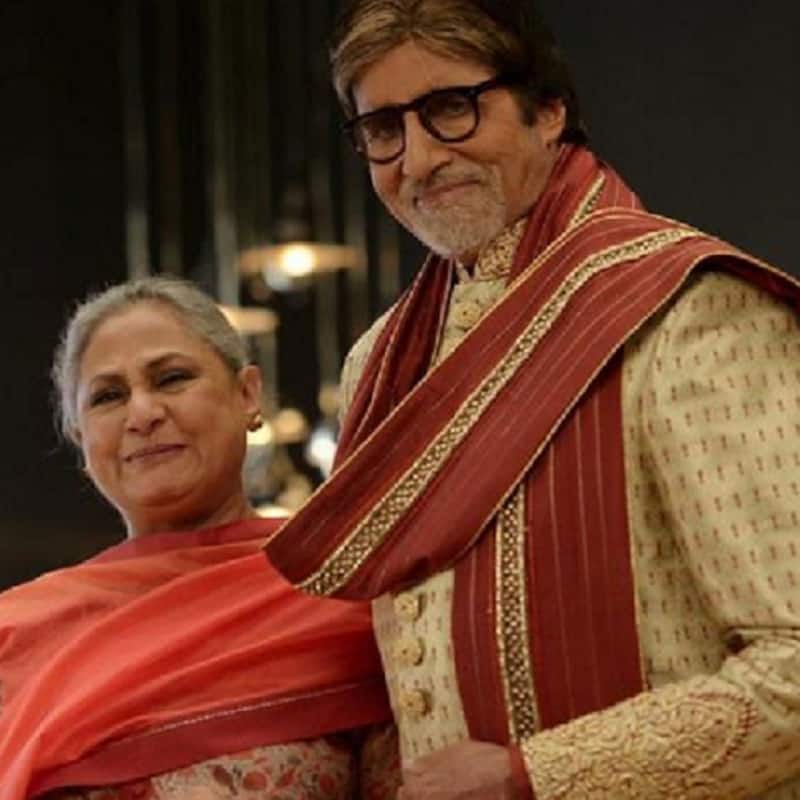 Seems like Bollywood's megastar Amitabh Bachchan is a typical husband. Why do you ask? Hear it out from the horse's mouth herself. Jaya Bachchan in her recent chat with granddaughter Navya Naveli Nanda has opened up like never before and left many surprised. Usually, Jaya Bachchan has this angry woman image whenever she steps out in the city and is covered by the paparazzi. But she is a cool nana. Talking with Navya she revealed one thing that annoys her about her beloved hubby Mr Amitabh Bachchan. She called him the grumpy old man and told Navya reportedly, " Your nana is like, he is the grumpiest. He will say 'I have to go up, excuse me ladies. If you don't mind' and something something. they are quite happy that he is not there.". Well, we didn't see this coming. Thank you, Navya for this chat! Also Read - Kriti Sanon, Amitabh Bachchan, Suriya and more celebs who were overwhelmed with Prabhas' hospitality

When further she told her Nani Jaya Bachchan that maybe her Nanu gets conscious to which she had the hilarious reply, " Not conscious. They have known him for ages, but he has changed now. He is old also. You know you can be old, and you can be old but not old". while Naya teased her Nani who was along with her mom Shweta Bachchan on the chat show that she is a young old person, to which Jaya Bachchan deferred and said, " Come on, I am not (an old old person). I can sit and have a conversation with an 18-year-old". While Navya agreed and said that her nani is not at all a grump old lady. Clearly this Jaya Bachchan is the total opposite of the media and we like her. Also Read - Samantha Ruth Prabhu gets support from Vikram Bhatt after he was diagnosed with Fibromyalgia 18 years ago; here's what he said

In the chat show, Shweta too revealed a lot of interesting facts, while one of her interviews Shweta said that she isn't finally independent but her daughter to be and Navya is right now becoming the youngest entrepreneur in India with her marvelous work in NGO and more. Also Read - KBC 14: Raju Srivastava's family thanks Amitabh Bachchan for remembering late comedian through a question