Priyanka Chopra called Katrina Kaif and Alia Bhatt 'two of the top actresses in the country' while talking about her experience of working with her competitors in Farhan Akhtar's upcoming directorial Jee Le Zara. 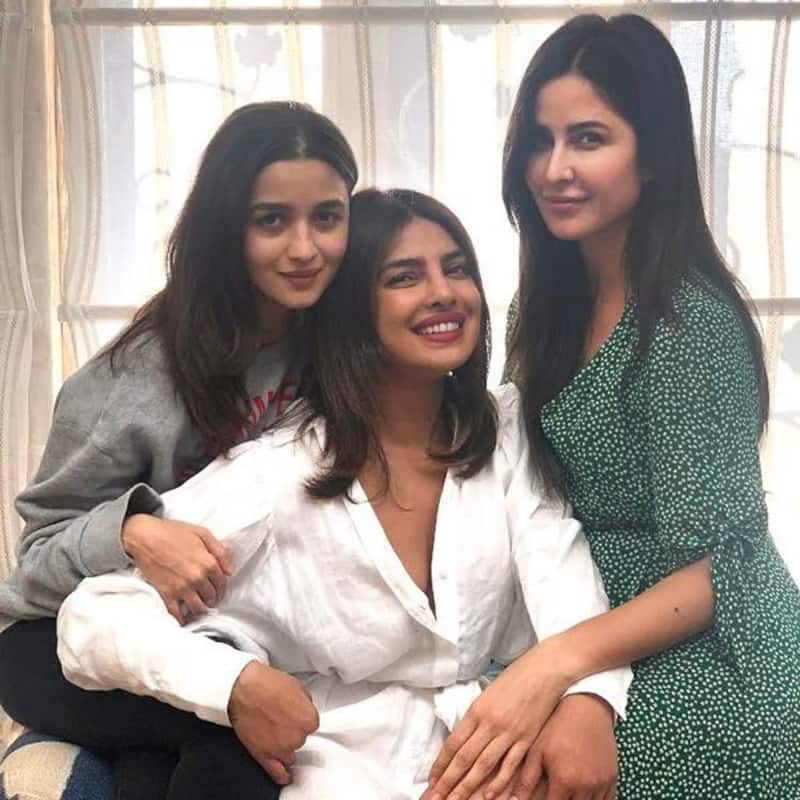 Priyanka Chopra is a global star today. After carving a niche in the Hindi film industry, Priyanka made it big when she set her foot in Hollywood. Her successful stint in Quantico series gave her much-needed recognition in the world, which helped her bag many big budget movies. Apart from her Hollywood projects, Priyanka has a Bollywood film Jee Le Zaraa in the pipeline. It also stars Katrina Kaif and Alia Bhatt. Talking about her experience of working with her competitors in the film, Priyanka called Katrina and Alia 'two of the top actresses in the country'. Also Read - Trending Entertainment News Today: Alia Bhatt talks about suhagraat on KWK7, Neetu Kapoor gets trolled, KRK predicts Vikram Vedha disaster and more

"Whether it’s Bollywood or in America, what I’ve experienced is women standing up for women. I’m doing a movie in India now with two of the top actresses in the country, Katrina Kaif and Alia Bhatt, and the three of us decided we wanted to do a movie together and partner together to produce it. But the idea is, yes, it was very different when I started out. We were all pitted against each other, and our casting was very dependent on the lead actor of the movie, and it depends on who is the flavor at that time and that was a very unsettling feeling,” Priyanka told Deadline in an interview. Also Read - Karan Johar reveals his first honest reaction after he learnt about Alia Bhatt's pregnancy

Priyanka has proved her mettle in Quantico followed by Baywatch, Isn’t It Romantic, The Matrix: Resurrections. She is currently shooting for Citadel, which is being created by the Russo brothers for Amazon Prime Video. Her marriage to singer Nick Jonas in 2018, has been the most talked about one. They welcomed their daughter via surrogacy earlier this year. Also Read - Koffee with Karan 7: Ranveer Singh takes a dig at Alia Bhatt after she makes a blunder when asked about her marriage with Ranbir Kapoor

When she was asked where she sees herself five years from now, she replied, "I’m sure all of us are thinking right now, you know, you take one turn and see the world going to destruction, you take another turn and you see the world going to destruction all over again. It’s a scary place to raise children and to think about a future," adding that the ‘world is a bit fractured’, and she wants to contribute to healing it with her films.

Farhan Akhtar is ready to don the hat of a director once again with Jee Le Zaraa, which will be based on the lines of Farhan's road trip films Dil Chahta Hai and Zindagi Na Milegi Dobara extending the genre to girls this time. It is written by Zoya Akhtar, Farhan Akhtar, and Reema Kagti, produced by Reema Kagti, Zoya Akhtar, Ritesh Sidhwani, and Farhan Akhtar. It will be released in 2023.