Jersey actress Mrunal Thakur attacked by trolls; one said, 'back is like matka', another said, 'reduce the lower part'; hits back with befitting retorts

Mrunal Thakur was seen pulling off the kicks and punches with her fitness trainer during her kickboxing routine just on a regular day. But the nasty body-shamers had their focus somewhere else.

Mrunal Thakur has become the latest victim to online body-shaming when she posted a video of her intense workout session. She was seen wearing a pair of boxer shorts and a tank top. She was seen pulling off the kicks and punches with her fitness trainer during her kickboxing routine. She captioned the video as, "just a regular day.” But the nasty body-shamers had their focus somewhere else. Also Read - Trending Entertainment News Today: Alia Bhatt-Ranbir Kapoor announce pregnancy; Salman Khan inspired by Samantha Ruth Prabhu and more

One Instagram user commented to Mrunal's post saying that her back (butt) is looking a matka (earthen pot). "Back is like…matkaa,” read the comment. But Mrunal was in no mood to spare the troller. She silenced the user in the most dignified manner. "Thank you bhaiya ji,” she replied to the comment. Also Read - Mrunal Thakur, Esha Gupta, Disha Patani and more B-Town divas who didn't shy away from donning the tiniest bikinis [View Pics]

Another Instagram user gave an unsolicited advice to Mrunal saying that she should be losing weight by working on her lower body part. "Reduce the lower part. Natural looks better, too much fat illusion," read the comment. To which, Mrunal gave a befitting reply, "Some pay for it, some have it naturally all we gotta do is flaunt buddy! You flaunt yours too.” Also Read - Mrunal Thakur's pink bikini look gets brutally trolled; netizens call her 'Urfi Javed Ki Behen', say it is 'Bollywood mein entry ka asar' 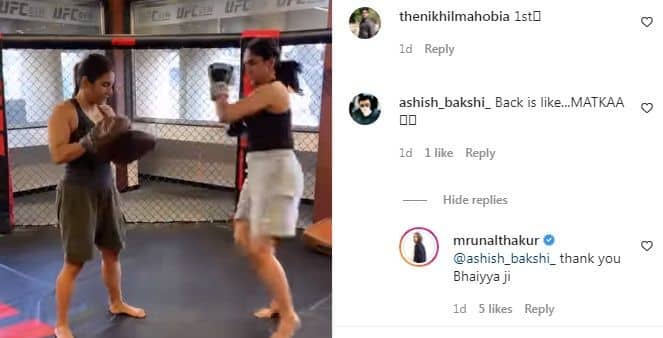 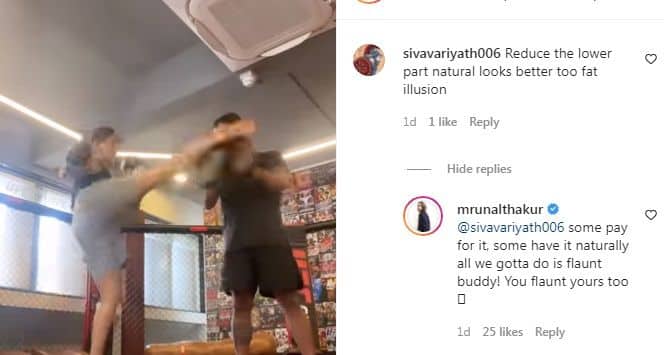 Mrunal is currently gearing up for the release of her upcoming film Jersey which stars Shahid Kapoor in the lead. The movie will release on April 14. She is also set to make her official Telugu debut with Lieutenant Ram opposite Dulquer Salmaan. The international schedule for this film has been slotted for Russia with Dulquer and Mrunal. She also has director Umesh Shukla's Aankh Micholi and director Raja Menon's Pippa in the pipeline.