Jersey: Mrunal Thakur REVEALS she had to gather courage to post a bikini pic; says, 'India has not normalised bodies'

Mrunal Thakur said that she had to gather courage to post a picture in a bikini on social media since she feels that India has not entirely normalised different types of bodies. 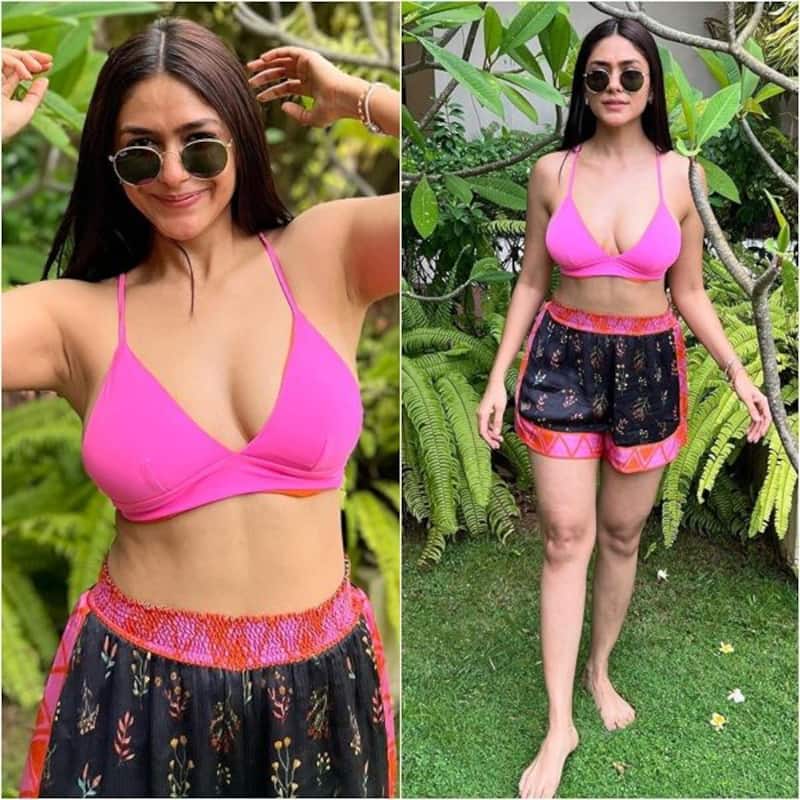 Mrunal Thakur, who is currently gearing up for the release of her upcoming film Jersery starring Shahid Kapoor, is redefining style goals for fans. One look at her Instagram and you will realise she raised the bar when it comes to style statements. From donning traditional wears to bodysuits, Mrunal seems to have started experimenting with her looks. However, she revealed that she had to gather a lot of courage to post a picture in the bikini on social media. Also Read - Ranveer Singh-Deepika Padukone, Shah Rukh Khan and more celebs who own the MOST expensive homes; check insane costs

"I feel India has not entirely normalised (different type of) bodies. We still think if you are going to a beach you have to have a perfect body. But, that’s not how I want to inspire girls out there. It’s okay to be bloated, and to have celluloid. You need to be fit (from) within and not necessarily have six pack abs. I need to gather courage to post a picture in the bikini, with the body type I have at the time and I am comfortable with it. I am just gearing up,” Mrunal told Hindustan Times. Also Read - Trending south news today: Samantha Ruth Prabhu starrer Yashoda to stream on OTT; Vijay reacts to box office clash with Ajith Kumar and more

Not long ago, Mrunal was body-shamed when she posted a video of her intense workout session. She was seen wearing a pair of boxer shorts and a tank top. One Instagram user commented to Mrunal's post saying that her back (butt) is looking a matka (earthen pot). Another Instagram user gave an unsolicited advice to Mrunal saying that she should be losing weight by working on her lower body part. But Mrunal was in no mood to spare the trollers and silenced them in the most dignified manner. Also Read - Entertainment News Today: KRK claims Karan Johar tried to commit suicide; Salman Khan wraps up Kisi Ka Bhai Kisi Ki Jaan shoot and more

Starting her career with the television show Mujhse Kuchh Kehti...Yeh Khamoshiyaan, Mrunal gained her visibility with films including Love Sonia, Super 30, Ghost Stories, Toofan, Dhamaka. When Mrunal was asked about her sense of belonging as an artist, she told IANS, "It might just sound insane...the only way to maintain sanity for me is to go back to my home, cutting off from that world. Now that I am doing good work, more than often I am asked why do I still live with my parents, far away from the city, instead of living independently. It is only my parents, sibling and my pet cat that gives me a true sense of belonging. I still love playing with my cats and my brother. I still am my father's daughter first, then a celebrity."