Mrunal Thakur just dropped her bikini pictures flaunting her curves in a pink bikini looking all bomb and her fans cannot stop drooling over her HOT AF BOD. 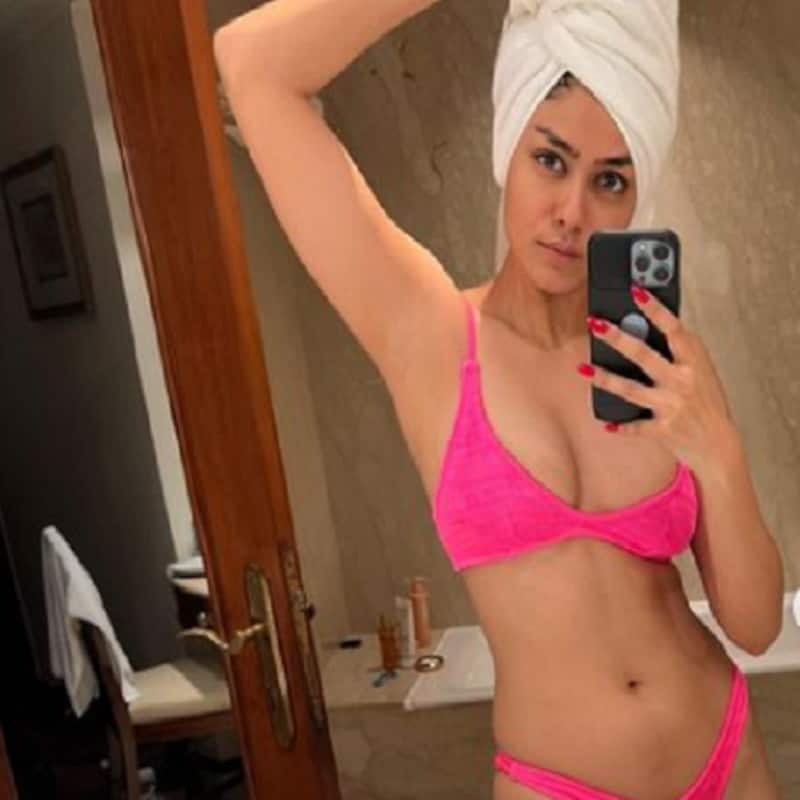 Oh boy! Just look at this hottie! Mrunal Thakur just dropped her bikini pictures flaunting her curves in a pink bikini looking all bomb and her fans cannot stop drooling over her HOT AF BOD! Mrunal left her fan's jaws dropped as she shared the bikini picture and mentioned how to fight midnight cravings. Taking to her Instagram she wrote, " How to curb midnight cravings? Unlock your phone > photos > view post-workout photos > go to bed > Good night". While she hares Serie of her classy pictures flaunting her sexy midriff, this bikini picture of the girl grabbed a lot of eyeballs. Also Read - It’s AWKWARD! Hrithik Roshan, Sidharth Malhotra and more celebs will tickle your funny bone


Mrunal Thakur started her journey as a television actress and she has come a long way by creating her niche. She had in one of our interviews even admitted to being underconfident in her body. She had even spoken about being trolled for her body shape and called matka, " When I was in the US, people said a lot of women pay to get that body. When someone called me the Indian Kardashian, I was so happy that yes we need to celebrate. And now I have the confidence to post a picture and I just want to make sure that these trolls do not affect me". Also Read - Shaheer Sheikh, Fahmaan Khan, Shraddha Arya and other TV stars who rocked Instagram this week

Further talking bout being body-shamed she added, " If I cut down -- I start losing weight from my face, then my upper body and then it would reach my lower body - I will still have that shape. So rather than people calling me matka and me feeling bad, I take a lot of pride in it". Also Read - Independence Day 2022: Akshay Kumar, Hrithik Roshan and more Bollywood actors who showcased ‘Best of Bharat’ in THESE movies

Mrunal gained a lot more by her feature film Love Sonia, later she played leading ladies of Hrithik Roshan in Super 30, Farhan Akhtar in Toofan and lastly she was seen in Jersey opposite Shahid Kapoor