The finale of JDJ Reloaded was high on humour and dance

The finale of JDJ Reloaded had some stunning performances from Faisal Khan, Shamita Shetty and Sanaya Irani. Shahid Kapoor's co-star from Shaandaar, Alia Bhatt was there to promote the film. The two danced to the song Shaam Shaandaar from the film. Some of the highlights of the show are as follows Also Read - Twinkle Khanna takes a jibe at herself as she shares a meme from Mela; says, 'It has certainly left a mark or a scar' 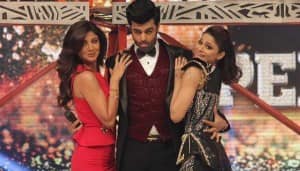 Also Read - Bigg Boss 14: From Faisal Khan to Gauri Pradhan, 5 actors whose career could be revived by the show

Presence of Shetty and Malik families
Shilpa Shetty had come with her parents Sunanda and Surendra to cheer for little sister, Shamita. While Manish Paul flirted with her, Shamita revealed that this was the first time her dad was seeing her perform live. Later, he joined Ganesh Hegde for an impromptu performance on the stage. He was also a little emotional. Mohit Malik's nephew and niece had come from Delhi and they rushed to hug him after his performance. Also Read - Faisal Khan on breaking out of Aamir Khan's shadow: Why doesn’t one write it as Faisal Khan’s brother Aamir? 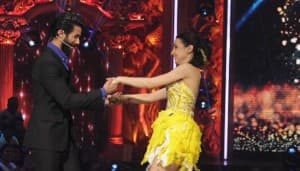 Shahid and Sanaya dance
After Sanaya Irani finished her aerial act, Shahid Kapoor joined her for a dance on the song, Nazdeekiyan from Shaandaar at the behest of Alia. Sanaya looked thrilled as she was cheered on by her beau, Mohit Sehgal. Humour quotient
While many of Manish Paul's gags have fallen flat, this episode did manage to bring up a few laughs. This was due to the presence of the team of Comedy Nights Bachao that graced the occasion. Krushna Abhishek and Bharti Singh had everyone in splits with their one-liners. Needless to say, Alia Bhatt was the butt of many jokes, including ones on her general knowledge. The lady took it very sportingly. 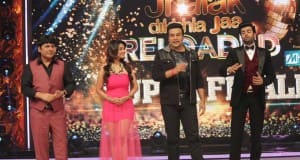 One liners
Krushna Abhishek was wearing a black slinky T-shirt. When he made fun of Manish Paul's black velvet outfit teamed with red shoes, the latter joked back saying why did he borrow clothes from KRK for his show. These and many other jokes kept everyone entertained all through. Karan Wahi and Bharti Singh were at their goofy best. 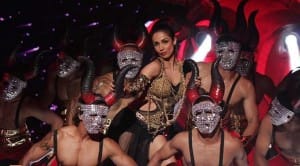 Burning the floor
While Sanaya's act with her choreographer Jai Kumar Nair was dreamy with the aerial and water effect, it was Faisal Khan energetic dance coupled with pyrotechnics that had everyone on their feet. He got the best compliment from Lauren Gottlieb who said that victory made her feel like a winner. Earlier, Malaika Arora Khan and Lauren Gottlieb put up a sizzling performance that also had a cameo from Manish Paul. While Malaika looked sexy in a black outfit, Lauren wore a white Grecian dress.