Jhanvi Kapoor is currently training for acting from The Lee Strasberg Theatre & Film Institute in Los Angeles. This is the same acting school from where Ranbir Kapoor has learnt acting too... 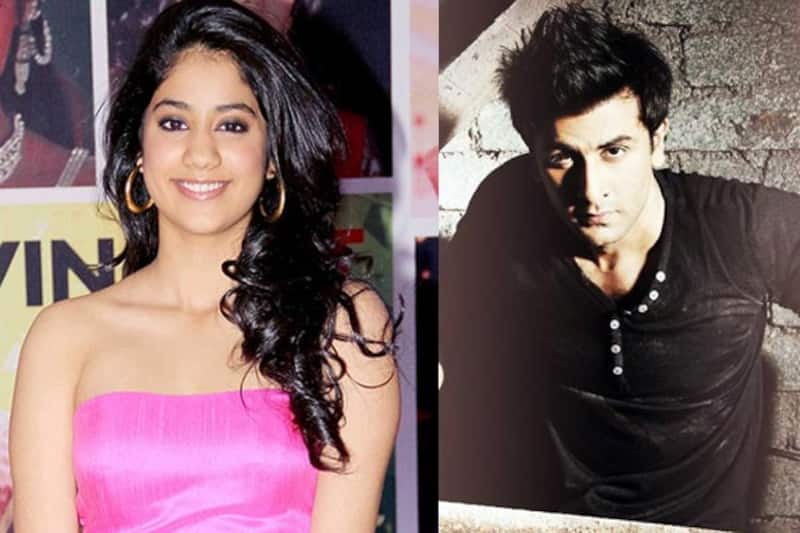 Yes, she is in prep mode and we can't wait to watch her on the big screen...

All the star kids are now taking up acting, from Alia Bhatt to Varun Dhawan to even Athiya Shetty now. We have been hearing that Shah Rukh Khan's son Aryan Khan, Saif Ali Khan's daughter Sara Khan and even Sridevi's daughter Jhanvi Kapoor are getting ready to hit the silver screen too. Though various rumours have been coming out, it seems that Jhanvi is completely focusing on acting now and has started prepping too. How? Also Read - Anupamaa, Bade Acche Lagte Hain 2, Naagin, Ghum Hai Kisikey Pyaar Meiin and more TV shows that carry a strong Bollywood connect

She is currently training for acting from The Lee Strasberg Theatre & Film Institute in Los Angeles. This is the same acting school from where Ranbir Kapoor has learnt acting too. We all know how well RK acts and how big a name he is now, so with Jhanvi taking inspiration from him, she might make it big! Also Read - Ranbir Kapoor says it was a love at first sight for him; don’t miss Alia Bhatt's CUTEST reaction [Watch Video]

Sanjay Leela Bhansali's niece is also currently learning acting from the school and it seems Jhanvi has been practicing lines with her during their free time Jhanvi has been flooded with offers from Bollywood and the South too. She has reportedly been offered a film opposite OK Kanmani actor Dulquer Salmaan. She has been offered a film by Karan Johar too and also a Telugu film opposite Junior NTR. While we don't know which film she will choose, we are sure that she is giving her best to make it a big filmy debut! We wish her all the best and we are waiting to see her on the big screen very soon! Aren't you? Tell us in the comments section below! Also Read - Ranbir Kapoor massively trolled for fat shaming pregnant wife Alia Bhatt; netizens say, 'Such an insensitive person he is'

Check out a few amazing pictures of Jhanvi that she posted from America in the gallery above! Also check out Jhanvi's fabulous dance in the video below: