The CBI chargesheet truly reveals Sooraj's 'un-heroic' side, read on!

Contrary to Sooraj Pancholi's statement, Jiah Khan and he did not just have a 'misunderstanding' but a nasty fight barely an hour before her suicide. The CBI released an document with details of ten abusive messages sent by the Hero actor to his then girlfriend Jiah Khan. Also Read - Before Pearl V Puri's arrest in rape case; here are 5 celebs who were arrested on the sexual harassment charges

After the grotesque piece of news about Sooraj flushing Jiah's foetus in toilet, here are details of ten abusive messages sent by him. So here are the events that followed Jiah's suicide on the fateful night of June 3, 2013. According to the investigating agency, Sooraj sent a bouquet of flowers to Jiah on the account her bagging two films and an item number. Suraj was having dinner with a friend at a suburban five star when he told Jiah that he had an appointment with a jewelry designer later at night for her gift. Jiah, according to the agency, called the designer only to hear that her meeting with Sooraj was fixed the next morning. Jiah suspected something fishy and accused Sooraj of cheating on her. Also Read - From Akshay Kumar-Priyanka Chopra to Hrithik Roshan-Kangana Ranaut – 9 Bollywood celebs whose alleged extramarital affairs shook the nation 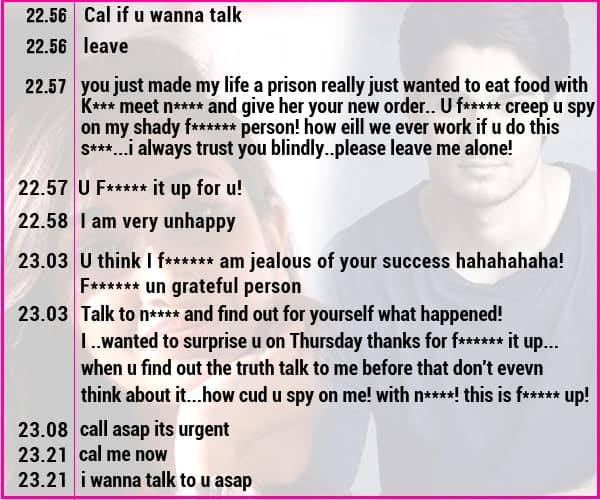 Also Read - From bashing Karan Johar over 'nepotism' to going public over her alleged affair with Hrithik Roshan: 10 times Kangana Ranaut proved she is the Thalaivi of Bollywood

Sooraj then asked the designer to convince Jiah. Jiah attempted to call Sooraj several times but he did not answer until 10.22 pm. Following which Jiah left for Sooraj's house. The house help told her that Sooraj was in a meeting with his father Aditya Pancholi. A frantic Jiah left for her home. Sooraj sent for her but she had already left. Jiah then called Sooraj at 10.45 pm upon his request and had a heated argument with him. Sooraj called her up again at 10.54 pm and this was the last conversation between them. He sent out 10 messages to her which went unanswered. Jiah's mother returned from a party at around 11.20 pm and found her daughter hanging by a rope.