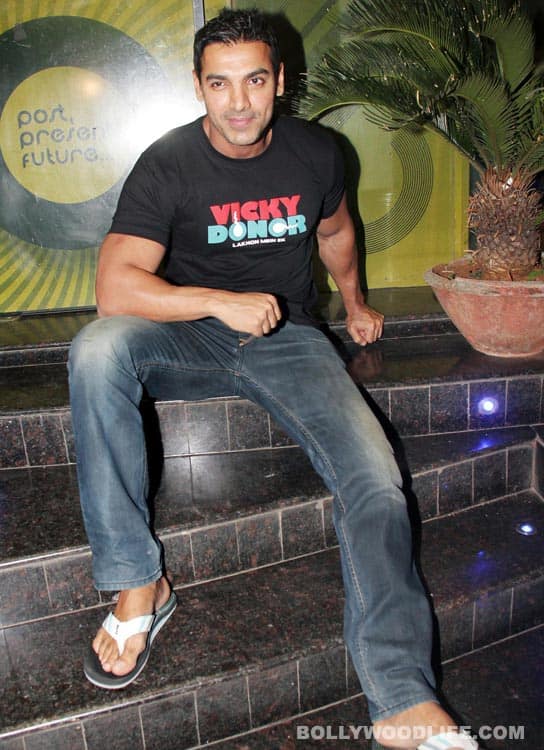 It isn’t a first for John though. After showing his support and confidence in filmmakers, the Force actor is encouraging newbies who dream of an acting career in Bollywood

The brawny boy John Abraham may not be in the league of the Khans, Kapoors or Kumars but he has had a penchant to support newcomers from the start of his career. Nevermind that at the moment his own career needs support to achieve an indisputable position. Anyway, remember when all actors turned down Anurag Kashyap’s No Smoking and Kabir Khan’s Kabul Express, Johnny boy agreed to do their unconventional films and emerged as their knight in shining armour. Similarly, in his last film Force, the model-turned-actor roped in his friends from the fashion industry Vidyut Jamwal and Ameet Gaurr who nurtured filmi dreams in their heart. Now John provides the funny and popular TV anchor Ayushmann Khurrana (Just Dance, MTV, India's Got Talent Season 2 and others) a platform to launch his career in Bollywood.

The brawny boy’s first production Vicky Donor, to be directed by Shoorjit Sircar (Yahaan fame), features the anchor-turned-actor in the lead role. We are told that John is personally planning the film’s release date (tentatively April 13), and the marketing and promotional strategies for both the film and Ayushmann. If only someone had done that for John, he would have had a better filmograph to boast.