Jr NTR and Ram Charan to play brothers in SS Rajamouli's next?

Revealed: Here are all the details of JR NTR and Ram Charan's role in SS Rajamouli's next movie! 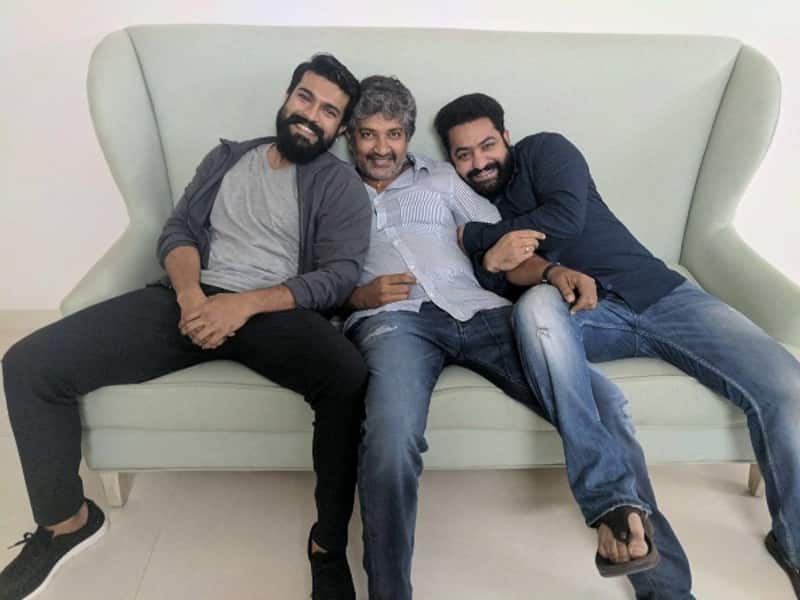 By now everyone knows that Jr NTR and Ram Charan are uniting on the big screen for a mega project with SS Rajamouli. The stars have already flown to America for a 10 days test shoot, where the looks and everything else will be decided. And while all the details about the movie have been closely guarded till now, we hear a very interesting update. According to multiple reports, Jr NTR and Ram Charan will be playing brothers, who are actually boxers in the movie. And unlike the Baahubali franchise, the film will have no CGI at all, as it will be a family entertainer. Trade analyst and industry tracker - Ramesh Bala also confirmed these reports when he revealed on Twitter, "Shooting of Dir #SSRajamouli - #NTR - #RamCharan movie expected to start in October of this year. Currently pre-production and test photo shoot are going on. #NTR and #RamCharan will be reportedly playing brothers in the movie." Also Read - Trending South News Today: Allu Arjun is a fan of Ranbir Kapoor- Katrina Kaif's THIS romantic song; Hansika Motwani has the best bachelorette party and more

After Baahubali 2: The Conclusion's super success, the expectations from this film are sky high. The final scripting is still being done by Rajamouli's father - K. V. Vijayendra Prasad and the shoot will begin from October 2018. In the film, Jr NTR will also be seen showcasing his six pack abs. With so much buzz surrounding the film, the movie will be shot under strict security. (ALSO READ - Yay! SS Rajamouli's mega project with Jr NTR and Ram Charan is set to go on floors in October) Also Read - Trending South News Today: Samantha Ruth Prabhu starrer Yashoda in legal trouble, SS Rajamouli and RRR team spends Rs 50 crores at Oscars and more

With two huge stars (Jr NTR and Ram Charan) from the two of the biggest families of Tollywood - Mega and Nandamuri, uniting for this film, we are sure this will be a huge one and will be etched in the history of Telugu cinema. How excited are you about this one? Share with us your thoughts about it in the comments section below! Also stay tuned to BollywoodLife as we get you all the dope and updates about this SS Rajamouli movie right here. Also Read - Prabhas, Samantha Ruth Prabhu and more top Telugu actors and actresses who have their biggest upcoming projects lined up