Jr NTR to enter Bigg Boss 2 Telugu as a guest! Are dipping TV ratings the reason behind it?

Jr NTR created a storm on TV when he turned host for the first season of Bigg Boss 2 Telugu. The audience loved him as the host and mentor on the show. So when he didn't return for the second season, there were doubts over whether or not the show will be able to perform in the subsequent season. Fortunately, the first episode went pretty well with Nani at the helm of affairs. But it didn't last long as the ratings fetched by the show, have not been too great. Now, we hear, Jr NTR is set to return as a guest on the show, perhaps to boost the ratings.

The debut season of the show, hosted by Jr NTR, had earned 16.18 ratings during its inaugural episode and had an average of 9.24 ratings in the opening week. However, Nani's show managed to score 15.05 ratings on the first episode and an average of 7.93 in the opening week. You would argue that it isn't a large dip but considering the amount of hype that the season had garnered, these are not great numbers. Worse still, it couldn't even make it to the top 5 Telugu shows of the week although the channel airing it, Star MAA, managed to be on top of the charts. Check out the BARC report right here... Also Read - TRP Report Week 12: Tejasswi Prakash's magic fails to make Naagin 6 fly; Anupamaa TRUMPS again – Check TOP 5 TV shows 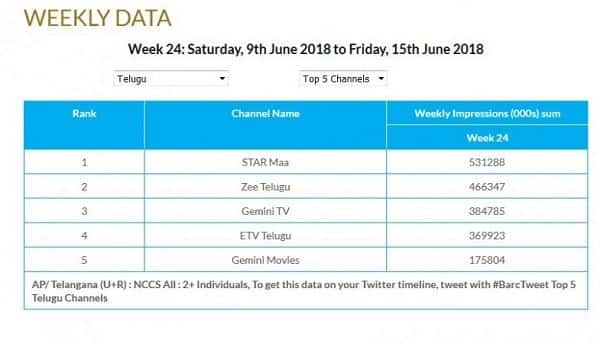 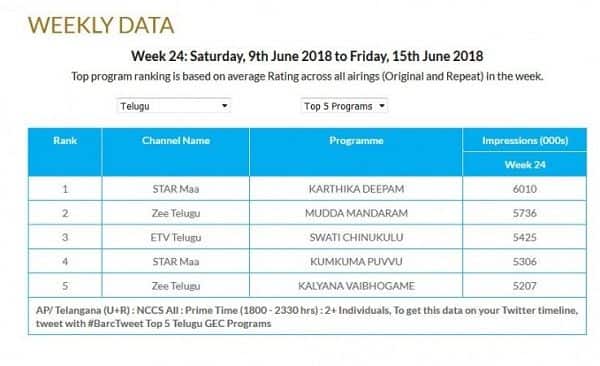 Also Read - When Baahubali actress Anushka Shetty exposed the casting couch in Telugu film industry; said, 'I admit that it exists, but...'

Jr NTR couldn't make it for the second season because he had too many projects to work on. Now the thing is, the episode, where he walks in as a guest, might give the boost to TV ratings but what after that. Sustenance is the operative word here!