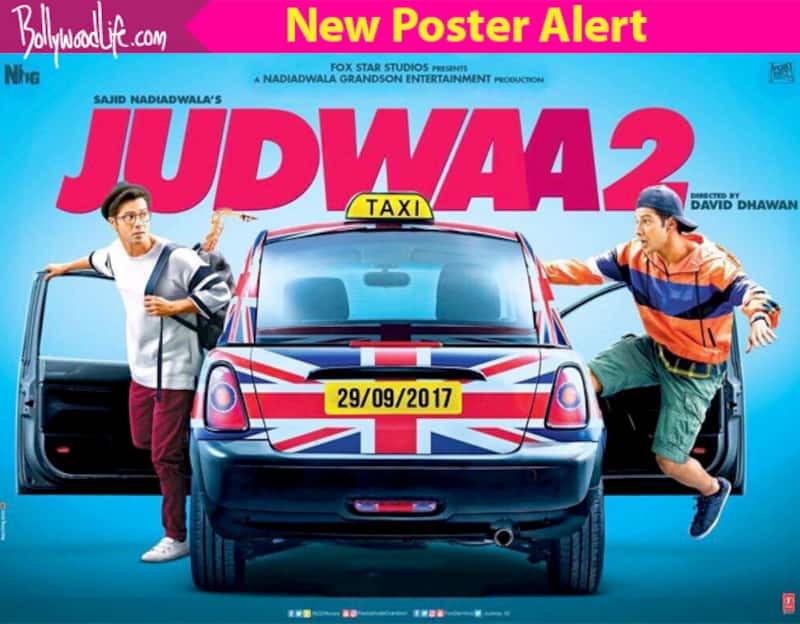 Couple of months of ago when Varun Dhawan had announced his next film to be Judwaa 2 a remake/sequel to the original Salman Khan-Karisma Kapoor starrer Judwaa, the makers have also released the first look of the film, where one of the characters of Varun was seen in long locks, while another one was in a suit. And now, on the 65th birthday of his father, David Dhawan, who is also the director of the film, Varun Dhawan has launched the new poster of the film, where one character is seen donning specs, however the long locks from Raja's character are missing. Also Read - Drishyam 2 vs Bhediya vs An Action Hero box office collections: Ajay Devgn starrer OVERPOWERS Varun Dhawan-Ayushmann Khurrana's films [Full Report]

For those unaware, the release of this new poster will be followed by the launch of its trailer. As per a report in DNA, the trailer will be out on August 21 and there will be a grand event held to launch it. Varun Dhawan, Jacqueline Fernandez, Taapsee Pannu, director David Dhawan and others involved in the making of the movie will be present for the function. Also read: MARK THIS DATE! Varun Dhawan's Judwaa 2 trailer to be unveiled on August 21 Also Read - Before Vijay Deverakonda, these celebs have been grilled by ED for various reasons

Interestingly, the film will also see a cameo by the lead of the original lead actor, superstar Salman Khan. Talking about the experience of working with Salman Khan, film's lead actress, Tapsee Pannu had stated in a BollywoodLife exclusive, "It’s just one last scene of the film that we shot with Salman Khan and I was probably the only one around who had never met him or worked with him before. So that day I was the quietest one on the set, unlike other days . I myself went up to him, introduced myself, said hello, got a picture clicked with him." Also read: Exclusive! Salman Khan entered the sets of Judwaa 2 and Taapsee Pannu got butterflies in her stomach

The film will also star, Rajpal Yadav and Anupam Kher in pivotal roles.