Judwaa 2 trailer to be out on Monday, announces Varun Dhawan with a cute comic strip 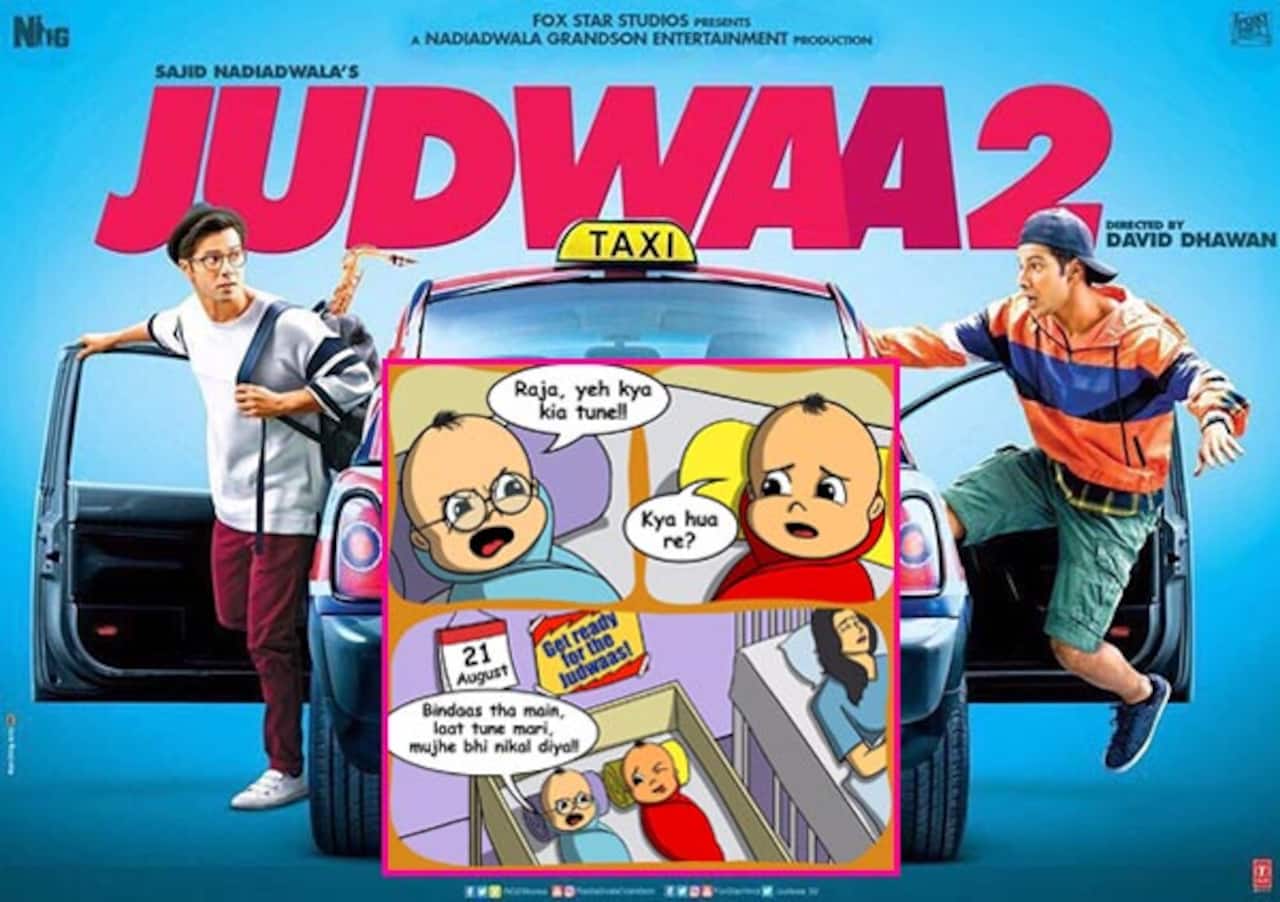 Varun Dhawan knows just how to deliver entertainment. And he is all set to entertain us with his upcoming project, Judwaa 2, which is being directed by his father, David Dhawan, known for his comedy movies. The movie itself is a sequel to the hit David Dhawan film, Judwaa, that released in 1997 and starred Salman Khan in the lead role. We have been getting minor details about the upcoming project since the day of its inception - the fact there will be a cameo by Salman, and that there will be recreations of songs Tan Tana Tan and Oonchi Hai Building. Well, our excitement is going to be at an all-time high as Varun just announced that the trailer of the film will be out in four days. Yes, on Monday not only a new week will begin, but also mark the beginning of the release of Judwaa. Also Read - Hrithik Roshan's Vikram Vedha and Varun Dhawan's Bhediya didn't get an OTT release; Here's why

Earlier, Varun, who has switched his user name to Varun PREM Dhawan to promote the film, took to Twitter to share the poster of his upcoming comedy. We were totally in love with the vibrant, colourful poster that immediately was reshared by thousands on the social media platform. Now, the announcement, which has been made with a cute comic, has left fans ecstatic. Check out the comic strip here: Also Read - Hrithik Roshan-Bradley Cooper to Arbaaz Khan-Roger Federer: Bollywood stars who are lookalikes of Hollywood and international celebs

Get ready for #Judwaa2trailer. Just 4 days to go raja and prem pic.twitter.com/KbQk3tMGUw

Also it has been revealed that the trailer will be attached to the prints of Sidharth Malhotra and Jacqueline Fernandez’s A Gentleman. Earlier there was a buzz that David Dhawan wasn’t too happy with the final edit of the trailer and wanted to rework it. As per an earlier report in DNA, a source close to the project told them, “The trailer was supposed to be out with Akshay Kumar’s Toilet: Ek Prem Katha. But that isn’t happening anymore. The team, including Varun and dad David Dhawan, didn’t like the trailer that was cut. With so many big films failing to connect with the audiences, they felt that their trailer needed to be stronger, and send out the right message. So they have delayed the release of the trailer, till they are completely satisfied with it. David has asked the team to re-edit and cut a fresh trailer, which must have all the essential masala elements to make people want to see the film.”