Jug Jugg Jeeyo: Varun Dhawan and Kiara Advani starrer not centred on a wedding; PLOT will SHOCK you [Exclusive] 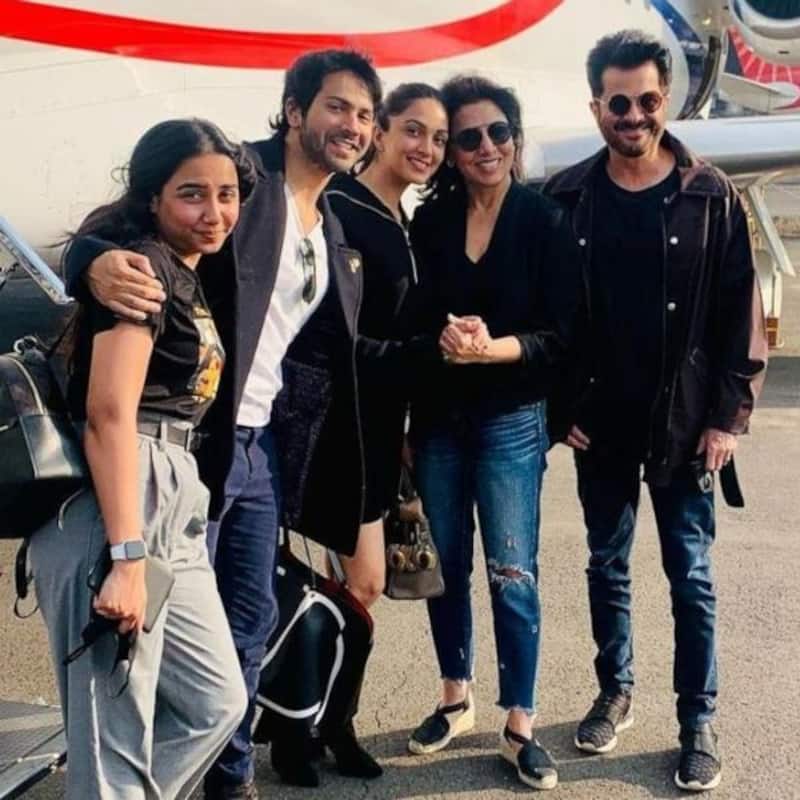 Jug Jugg Jeeyo has been making noise ever since it was first announced. First and foremost, the cast assembled has gathered plenty of eyeballs. Varund Dhawan leading a movie always draws attention because of the kind of fan-following he enjoys coupled with his enviable box-office success ration thus far. Then getting Kiara Advani on board as the female lead raised the excitement, given her burgeoning fan-base and the first-time pairing of Varun and her. On top of that, Jug Jugg Jeeyo boasts an amazing supporting cast, comprising Anil Kapoor, Neetu Kapoor and Maniesh Paul. Also Read - Rocky Aur Rani Ki Prem Kahani: Karan Johar shares picture of glowing mom-to-be Alia Bhatt and Ranveer Singh from London

To spice things up, Jug Jugg Jeeyo also marks Varun Dhawan's return to the Karan Johar camp as well as return to family dramas three years after Sui Dhaaga and four years after the superhit and fondly remembered Badrinath Ki Dulhania. The first-look posters have also made the right impact and suffice it to say that Jug Jugg Jeeyo is one of the more anticipated Bollywood movies in recent times. However, not much is known about it at this time other than it revolving around the theme of a wedding ass we could gather from the movie's first look. Check it out below: Also Read - JugJugg Jeeyo star Varun Dhawan is keen to do a sequel to Dishoom with John Abraham [Exclusive Video]

Well, we've finally got some inside scoop on the movie, and if you thought that it's centred on marriage, then think again. Marriage is the central theme, though not of the wedding kind, but rather, the opposite end of its spectrum. A well-placed source within the industry has exclusively apprised BollywoodLife that Jug Jugg Jeeyo is based on divorce, more specifically, a divorce within the family that takes up much of the film's plot. That does change almost everything we thought about the film thus far, doesn't it? If this is true, we must say that the makers, too, have does a pretty effective job in leading the audience in a different direction. Also Read - Trending OTT News Today: The Gone Game season 2 trailer, Richa Chadha trains in Kathak for Heeramandi and more