JugJugg Jeeyo actor Varun Dhawan gets asked if he's facing any martial issues like Kukoo; here's what he said

JugJugg Jeeyo starring Varun Dhawan, Kiara Advani and others is out in theatres. Recently, VD conducted a QnA on Twitter wherein he was asked if he has any marital troubles like his character Kukoo in the film. Here's what he said... 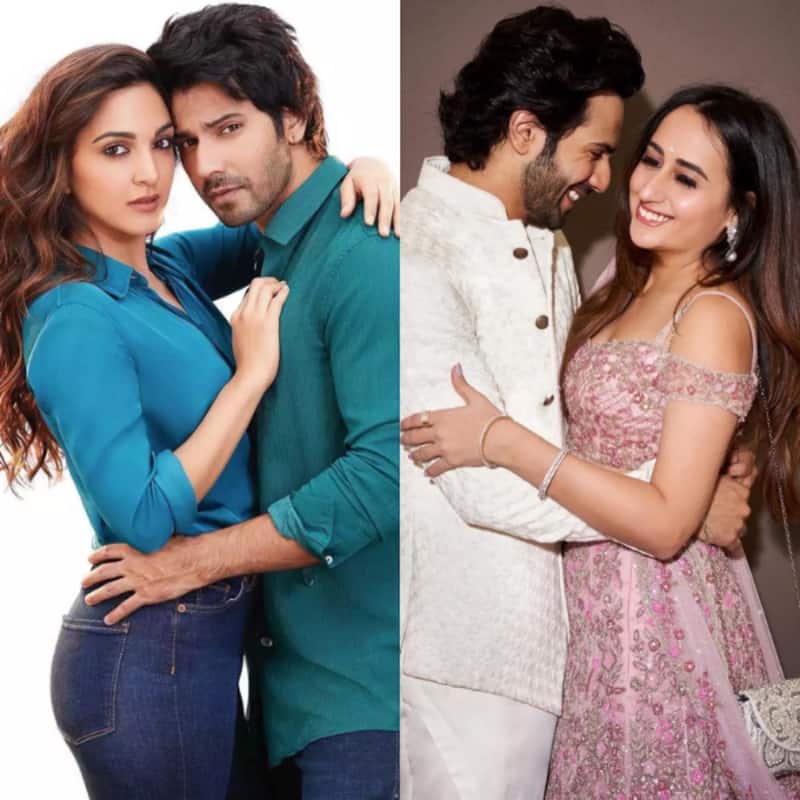 Varun Dhawan, Kiara Advani starrer JugJugg Jeeyo took a decent start at the box office on day 1. It minted about Rs 9.28 crore on the first day which is not so bad. However, it does need to pick up. Varun and Kiara's JugJugg Jeeyo is a family drama entertainer and the tweeples seem to be happy after watching the movie in theatres. After the release, Varun Dhawan decided to do a QnA on Twitter and he responded to various questions from his fans. What caught our attention was when he responded to a tweet asking about marital problems. Also Read - Jug Jugg Jeeyo success bash: Kiara Advani gets massively trolled as she ditches pants for a long blazer look; netizens say, 'Didi pant toh pehen lo'

So, a lot of Varun's fans sent him lovely messages and asked him questions regarding his films. One of the Netizens asked him if he is facing any marital issues like his character Kukoo in JugJugg Jeeyo. Now, for the unversed, as per the trailer of JugJugg Jeeyo, Kukoo and Naina decide to keep their decision to separate a secret till Kukoo's younger sister, Ginni gets married. So, a fan asked Varun on Twitter, "Are U Facing Any After Martial Problems Like Film Characters? Or You Are Not There Yet? #varunsays." Varun Dhawan replied to him saying, "Not at all I’m good #varunsays." Check out his tweet here: Also Read - Govinda Naam Mera: Vicky Kaushal starrer set to skip theatrical release; headed straight to OTT – here's why? [Exclusive]

During the #Varunsays QnA, Varun Dhawan was asked about Natasha Dalal's reaction to the film. A fan had shared a picture of the lovely husband-wife duo clicked by the paparazzi. Natasha looks fondly at Varun who is facing the paps. Responding to the question, Varun Dhawan tweeted, "She’s saying varun please get some sleep #varunsays." Check the tweet here:


Varun opens up about sharing life with Natasha

In a recent interview, Varun Dhawan opened up on how life is after marrying Natasha. He shared that since they've started living together, they share a cupboard and oftentimes when picking up his jeans, he picks up Natasha's jeans. "This happens a lot. The clothes get mixed up. Obviously, you're sharing your lives together. But it's totally okay," he adds. Varun married Natasha in a private wedding ceremony last year in January.