Anil Kapoor is one of the finest actors we have and seems to be aging backwards. A funny incident happened at the trailer launch of JugJugg Jeeyo involving him and Karan Johar. 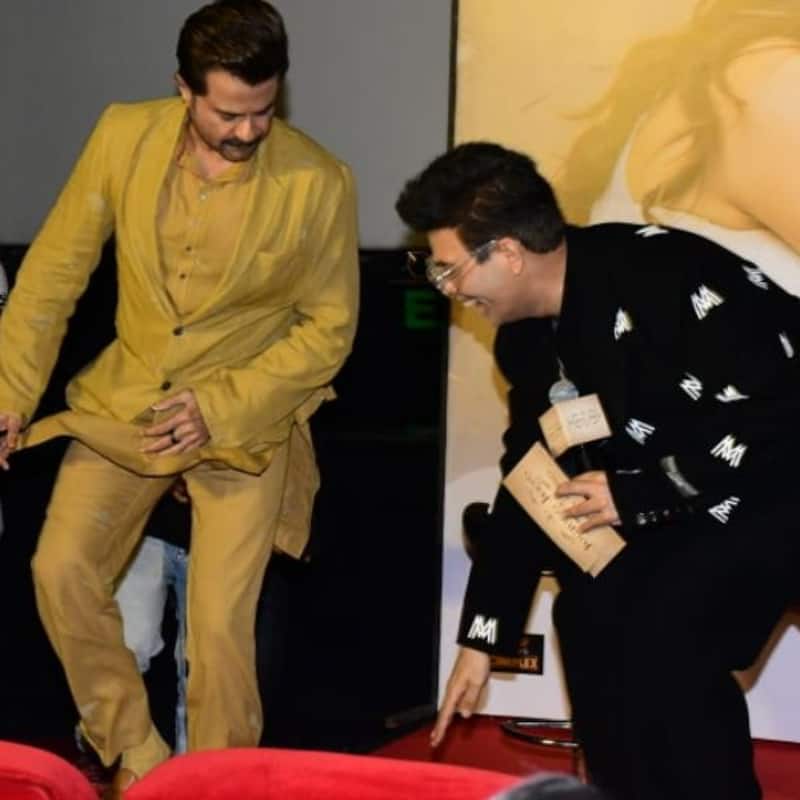 Varun Dhawan, Kiara Advani, Anil Kapoor and Neetu Kapoor starrer JugJugg Jeeyo’s trailer was released today by the makers. They also had a trailer launch which say the presence of Karan Johar as well apart from the actors and other teammates. Now, at the launch, Karan tried to touch Anil’s feet. However, the veteran’s epic reaction is winning hearts. Have a look at the video below: Also Read - Ranveer Singh-Deepika Padukone, Shahid Kapoor-Mira Rajput Kapoor: Bollywood stars who do not have a problem with their partners getting intimate on screen

Meanwhile, at the trailer launch, Karan was asked about South Films doing way better than Hindi films at the box office. He said, "We are a part of Indian Cinema. Be it RRR, KGF or Pushpa - we are proud of the Indian cinema. Prashanth Neel, SS Rajamouli, Sukumar have completely told us how big our standard can be. Hindi films are now getting back on track - Gangubai Kathiawadi has done well, and now Bhool Bhulaiyaa 2 is doing well. We hope Jug Jugg Jeeyo joins the list of successful films. Gujarati, Punjabi, and Marathi films are also doing well. We are all proud of Indian cinema." Also Read - JugJugg Jeeyo: KRK trolls Karan Johar for 'inflated' box office figures; disses Varun Dhawan as 2 Rs actor

On the other hand, Varun said, "Such things unite the country even more. Cinema can unite the country." Also Read - Ankita Lokhande, Mouni Roy, Rubina Dilaik and more celebs whose toned legs in slit gowns show the work they put in for the leg muscles [View Pics]

Recently Karan Johar hailed RRR maker SS Rajamouli and called him the biggest Indian filmmaker. He was speaking at ABP News’ Ideas of India. He said that no one can't take that mantle away from him. “He is enormous and gigantic just like his brand and his films,” said Karan. He also said that the Hindi film industry is being inspired every week by not just Hollywood but within the parameters of India. “Look at the numbers of RRR,” said Karan.