Juhi Chawla reveals if daughter Jahnavi Mehta is planning to enter Bollywood anytime soon or not. 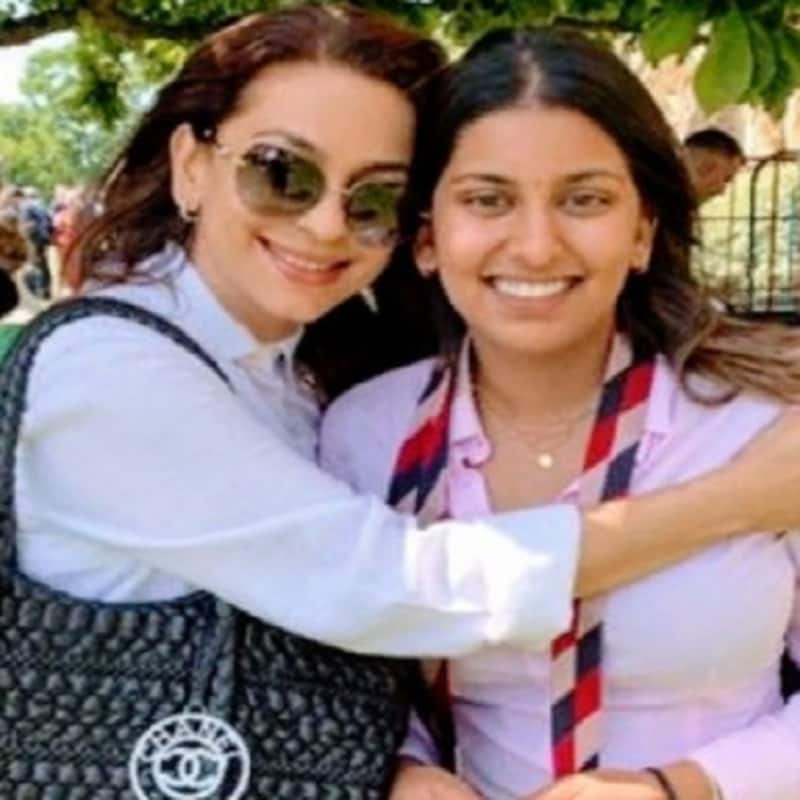 Juhi Chawla's daughter Jahnavi Mehta has been gaining a lot of attention, thanks to her appearances at IPL auctions for two consecutive years. Last year, fans were swooning over Jahnavi and Aryan Khan's pictures that went VIRAL on the internet by calling them young Juhi Chawla and young Shah Rukh Khan. Jahnavi stepped in to fill in mom Juhi's shoes for Kolkata Knight Riders auction over the years and seems like she will continue this for years as she loves cricket. But does she have an interest in films and Bollywood? Or does she aspire to an actress like her mother? Bollywoodlife.com got in a candid conversation with Juhi Chawla for her next film Sharmaji Namkeen starring Rishi Kapoor and Paresh Chawla in the same role. Also Read - Independence Day 2022: Shah Rukh Khan, Aamir Khan, Shammi Kapoor and more Bollywood superstars who were 'Change-Makers' for Indian tourism with THESE movies

When we quizzed Juhi if Jahnavi too has plans to become an actress just like her, she said, "Right now everybody knows her interests are in cricket, so for now let that be." Seems like Jahnavi has no plan to enter Bollywood anytime soon. Also Read - Liger: Vijay Deverakonda channelises his inner Raj from DDLJ as he carries Ananya Panday in sarson ka khet, drives a tractor and drinks lassi [View Pics]

Juhi Chawla has kept her daughter off the media radar and she is not spotted like other star kids. Recently when Jahnavi made her appearance at IPL auction 2022 along with Aryan and Suhana Khan, Juhi Chawla wrote a heartfelt note for her daughter. "Ever since she was a little girl, Jahnavi didn’t just watch IPL, she began to watch cricket. Listening intently to the commentators, she began to understand the intricacies of the game,. When cricket is discussed, her face lights up, she is happy and enthused. Her knowledge on the topic, is to me, astounding. It is extremely kind of Mr. Venky Mysore, our CEO who allows her to participate in important discussions and even encourages her to voice her views." Also Read - When Raju Srivastava took hilarious digs at Shah Rukh Khan, Amitabh Bachchan and more; here's how the superstars had reacted