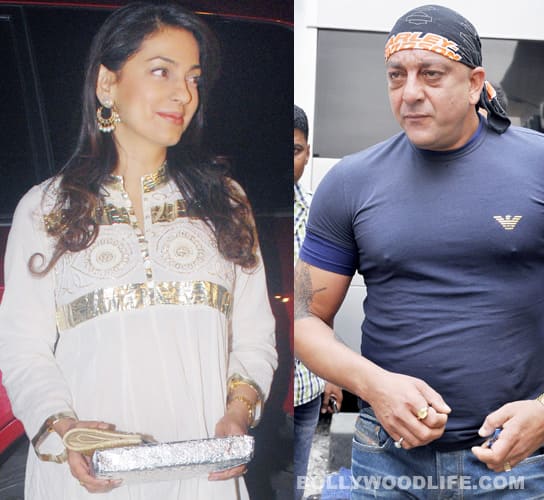 We hear the duo plays important roles in the upcoming film

Juhi Chawla is slowly returning to the big screen. After taking time off when her brother slipped into a coma, Juhi is steadily bringing her career back on track. First there was I Am and now a movie that sounds strangely similar to one of her early hits. She has signed on to play a major role in Hum Hain Raahi Car Ke with her Safari co-star Sanjay Dutt. Adah Sharma, who stars as the female lead in the film, spilled the beans to IANS and also revealed that the film is a romantic comedy in a road trip format. "It was great working with them. They are very good actors and are very spontaneous. Their comic timing is amazing," said Adah about Juhi and Sanjay. Also Read - Shruti Haasan, Tamannaah Bhatia and more — Here's how Tollywood divas are spending time during COVID-19 lockdown

While the title of the film, which is being produced and directed by Jyotin Goel, is similar to Juhi’s Hum Hain Rahi Pyar Ke, Adah claims that the similarity ends there and its plot or characters bear no resemblance to the 1993 movie. Too bad, ’cause we would have definitely liked to know what happened to Vyjanti and Rahul. In fact, wouldn’t it be great if HRHK’s director Mahesh Bhatt, who is keen on making Jism 2, makes a sequel to this family entertainer instead? He can even cast Kunal Khemu, who played the kid Sunny, as one of the grown up children. What do you think? Also Read - 7 times Adah Sharma proved that she is a quirky poser