Jumping with joy, flashing his dimples, Shah Rukh Khan was in his element at Farhan Akhtar's rock concert - view pics

Now, is Shah Rukh Khan charming or is he charming?

Shah Rukh Khan doesn't really need to work hard to impress us. Just his sight is enough to drive us crazy and also make us go weak in the knees. And what happens when he flashes that million dollar smile? Well, then we wish time would just freeze, and let us stare at him. Similar was our reaction when we snapped him at Farhan Akhtar's rock concert last night in the city. The actor, who was present to cheer for the Rock On actor and lend his support for his NGO, Mard, which stands against Rape and Discrimination Against Women, was all smiles at the event and seeing his infectious smile, we literally had butterflies in our stomach. Well, that's what he does to us and his charm is hard to beat. His penchant to spruce up the most basic looks with chequered shirts and camouflage prints is quite noteworthy. Also Read: Shah Rukh Khan believes he's not manly enough and the reason will make you cheer for him - watch video

Entertaining the crowds is not really an uphill task for someone as flamboyant as Shah Rukh Khan. It's as easy as one-two-three for him. No wonder Farhan was so grateful to SRK for taking time out from his busy schedule and making it to his concert. He just didn't interact with the crowd but also made sure that they get a generous dose of him. Right from singing a poetry to jumping with joy, SRK gave us all the reasons to adore him. And if that wasn't enough, his dimples did the rest of the work. Yeah, SRK's coy smile makes most girls go weak in the knees and we are no different. Also Read: IFFI 2017: Shah Rukh Khan turns the opening ceremony into a glittering event - view pics Also Read - Throwback: ‘Macchar mera khoon peke mar jaata tha,’ Sanjay Dutt shares funny yet sad incident talking about his severe drug phase – watch video 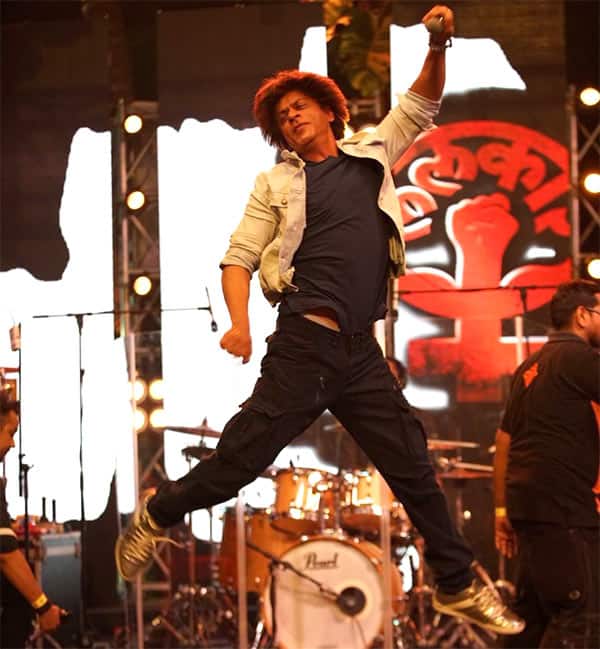 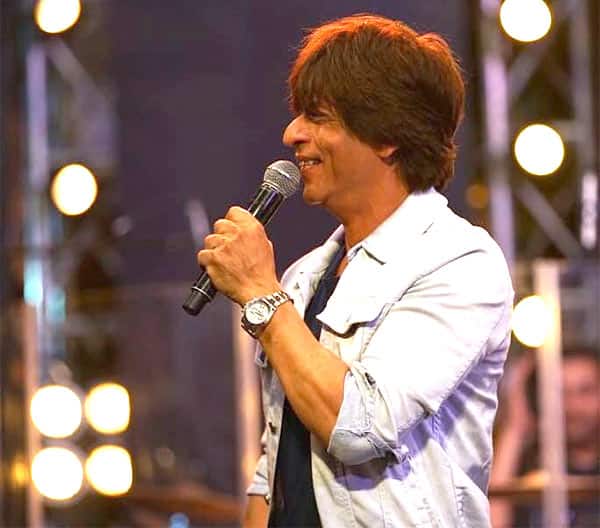 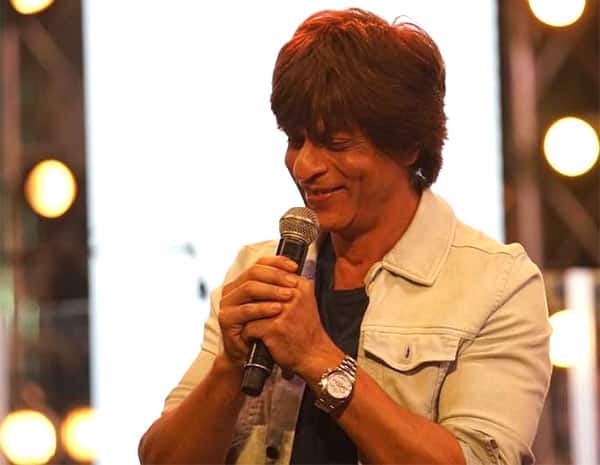 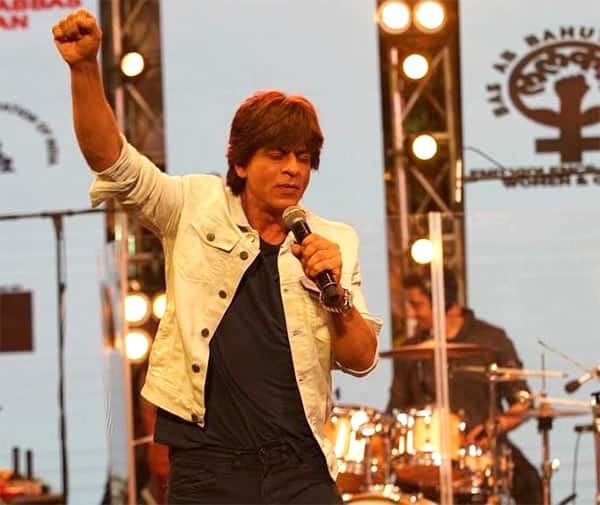 Launched by Population Foundation of India, Farhan Akhtar’s MARD is a campaign that aims at generating debate and promote positive change in cultural and social norms around the value of women in India. National celebrities joined this campaign to relay messages that motivate young girls to stand up against violence, and show boys that masculinity is not connected with violence. Apart from films, there were several activities, including college panel discussions across 40 campuses and a filmmaking contest in which 600 colleges took part with close to 2000 entries. Also Read - WHAT! Salman Khan has a SECRET wife Noor and a 17-year-old daughter in Dubai? The Tiger 3 star reacts