Jurassic World, Star Wars: The Force Awakens, Avengers: Age of Ultron - 10 most ENJOYABLE Hollywood flicks of 2015 that were released in India!

It was an year of enjoyable blockbusters!

If you were disappointed with the kind of fare Bollywood was serving us this year, Hollywood made up for it by sending us some imported desserts! Also Read - Is Marvel Studios introducing THIS superhero into MCU with Avengers: Endgame?

Of course, there were disappointments like SPECTRE, Terminator: Genisys, Fantastic Four...but overall, Hollywood has provides us with some delightful gems. Let's look at ten such Hollywood films released in India that made us cheer with joy. Mind you, we are not looking at films that are Oscar-worthy (that deserve a separate list altogether), but pure entertainers! Also Read - Ant-Man & The Wasp to open to $80 million at the domestic box-office, making it the lowest in phase 3?

Honorable mentions: It Follows, Bridge of Spies, Everest, The Walk Also Read - Ant-Man and the Wasp have the best post credit scenes, do we hear you guys cheering already? 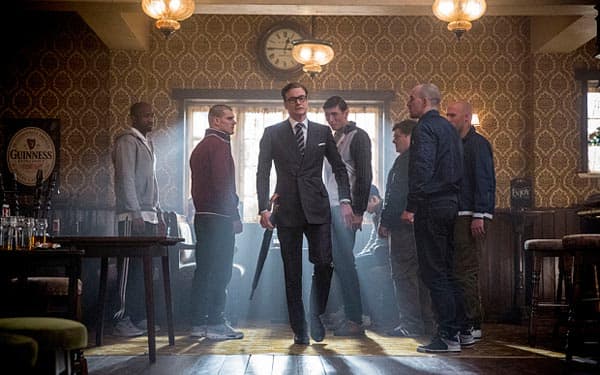 When the promo was first released, it looked like another Bond imitator. But the final product was so funny and over the the top, and even 007 would have slow-clapped! Matthew Vaughn gives us a delectable spy thriller with Samuel L Jackson and Coli Firth proving why their are the best in the business. And the church massacre scene is one of the best choreographed and edited action sequences in the past decade! 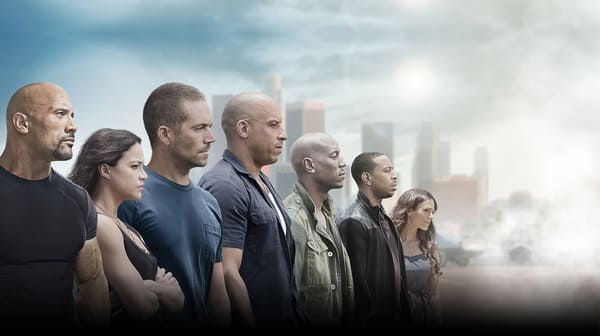 The only Fast and The Furious movie that made me cry at the end! Sure, there was some stupid stunt but enjoyable scenes (cars jumping from one skyscraper to another), Dwayne Johnson was out of action for most of the time, and Jason Statham was a bit weird and unnatural even for a villain, but this was certainly one of the best popcorn stuff of the year. And it also gave the best send-off to the late Paul Walker, without killing off his character, as we shed a couple of tears! RIP Paul, you will be remembered.

Though many had complaints to say about the sequel, I personally enjoyed the film more than the first one. You have the entire team together, you have Hulk fighting out with Iron Man, you have scenes of mass destruction, where heroes act responsible instead of allowing innocents to die and you have a lot of light humour. Also, this film allows Hawkeye, one of the best Avengers in comics, to finally shine! And Scarlett Johannson was smoking as Black Widow, while the ladies drooled over a shirtless Chris Hemsworth as Thor! 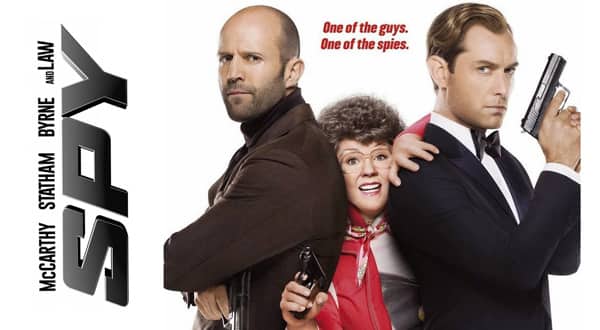 I expected the film to fall flat like Melissa Mccarthy's last couple of releases. But the film surprised us by giving another light take on the spy genre! Sure, there are a couple of gross out scenes (can never take out that closeup of the 'thing' out of my eyes!), but the film was fairly engaging overall! The biggest scene-stealer proved out to be Jason Statham, who finally gets to shine his comic skills after Snatch. Nargis Fakhri also was seen in the film as an assassin. 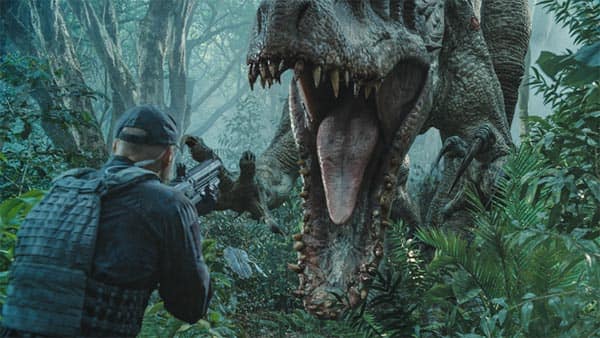 After two disappointing sequels, Jurassic Park franchise almost gets its act right with this soft reboot. Though not as brilliant as the first film, Jurassic World is a league of its own, and has several enjoyable moments. The leads, Chris Pratt and Bryce Dallas Howard, was likeable, Irrfan Khan had a good role, and there was one death scene that would have kept your mouth open for hours even after the film got over. Plus, in which movie can you see a T-Rex and Velociraptor form a tag team to defeat a far more powerful enemy? 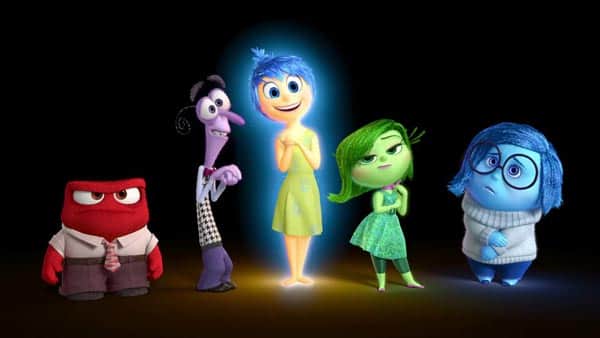 Mark my works, this film could be the winner of the Best Animated film at the Oscars in 2016. A film where a person's emotions were the main characters, it touched our hearts with several scenes giving us a sense of deja vu (losing our imaginary friend, moving to a new place!). It received critical acclaim all over, and was also a huge hit at the box office! 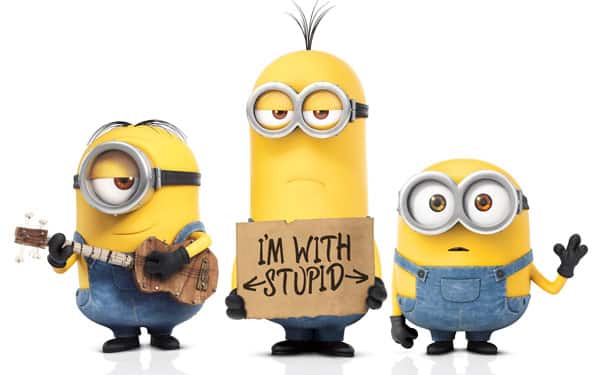 Many may see this as an unnecessary spin-off, but Minions was a fairly decent entertainer and had got huge box office returns when released. I agree that the yellow, lovable critters are far better as sidekicks to the wannabe villain Gru than as main leads, but compared to other disappointing spinoffs like Puss in Boots and Penguins of Madagascar, Minions is a far more enjoyable fare! 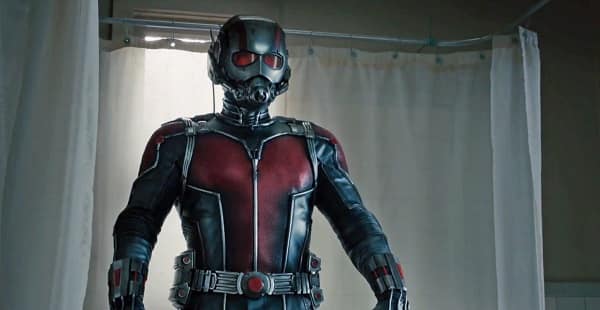 Ant-Man may be one of the least grossing Marvel film released in recent time, but it is also one of the most enjoyable of the lot. Sure, the departure of the maverick director Edgar Wright hit the film hard, but his replacement Peyton Reed did a decent job in holding the film together. Paul Rudd was fantastic as the lead man who hates his nickname, while he gets able support from Michael Douglas, Michael Pena and Evangeline Lilly. Ant-Man is all set to appear in Captain America: Civil War, while also having a sequel in Ant-Man and the Wasp! 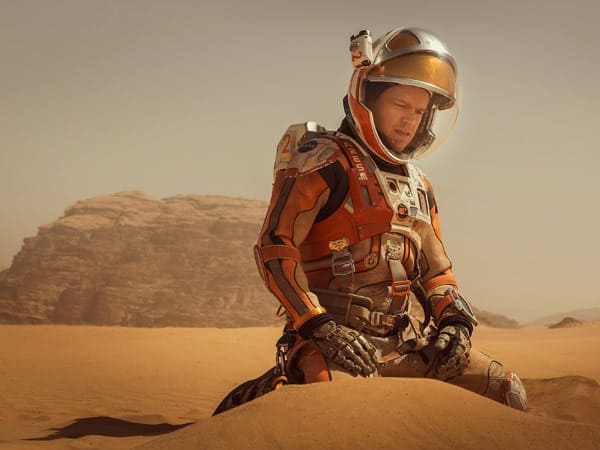 If there is a film I enjoyed the most watching in a theatre, it was this! Ridley Scott's recent ventures like Prometheus, Exodus was disappointing to say the least, but he gets back into the game by directing this superbly entertaining lost in space drama, that's far more enjoyable than Gravity (Face it, no one would see Gravity twice!). And that's thanks to some amazing special effects, so many light moments (humour is used well as antidote to the adverse conditions), and a superb cast involving, Jessica Chastain, Chiwetel Ejiofor, Sean Bean, Donald Glover, Kristen Wiig and jeff Daniels. But above all, it's The Martian aka Matt Damon's wonderful performance that made us root for the film. 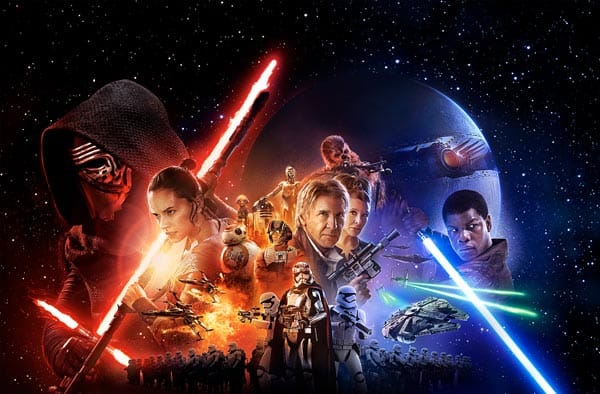 Of course, the biggest film of the year has to be there in the list! While it may not be the best Star Wars film ever, (that laurel will lie with Empire Strikes Back) it is certainly a worthy successor to the much loved franchise. The special effects are amazing and the nostalgic touches are brilliant. Daisy Ridley and John Boyega are likeable as the lead protagonists, while Adam Driver can be anointed as the next Darth Vader with a face!

Did we miss out on any other film?