That awkward moment when Kareena Kapoor Khan was sandwiched between Saif Ali Khan and Shahid Kapoor...

You see, sometimes the cameras tend to capture what our eyes can never do! One look at the above picture and you will know what we are trying to say! You can blame our mischevious minds for this but then, just look at Kareena Kapoor Khan's mood change on seeing the poster of Saif Ali Khan and Shahid Kapoor at the screening of Rangoon last night. Obviously Shahid and Kareena have let bygones be bygones and have moved far ahead in their lives but then you know how it works - there'll always be that 'ex' factor clinging onto them. Don't blame Bebo for giving us this epic pic, but her changing expression only suggests what's her current status with Saif and Shahid - endless hubby love for Saif and pretty much indifferent towards Shahid. Sorry Kareena for putting you in the spot but this opportunity definitely couldn't be missed. The papz are to be thanked...Also read: What are the makers of Rangoon planning for Kareena Kapoor Khan? Also Read - From Sonam Kapoor to Kangana Ranaut: 4 actresses who refused to share screen with Shah Rukh Khan

However, jokes apart Kareena otherwise has all good things to say about Shahid and Saif's collaboration for Rangoon. In fact, if you remember, even on Koffee With Karan 5 she had confessed how she would have loved to play Kangana's role in the film with Saif and Shahid. Right after the screening last night, Kareena also mentioned how she's happy about Shahid, Saif and Kangana working together as she said, "Rangoon has three stellar actors - Kangana, Shahid and Saif. I like the competition; there should be competition coz in that way all three will deliver their best." But then, nothing can beat Bebo's expressions.... Also Read - Krrish 4: Hrithik Roshan teases fans with a video hinting that filming might begin soon 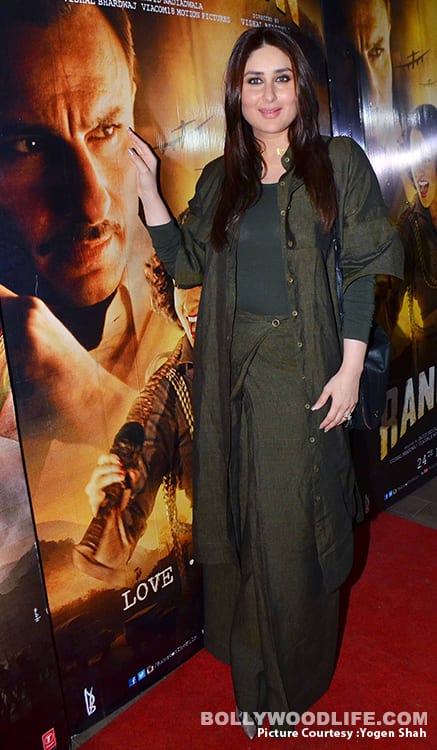 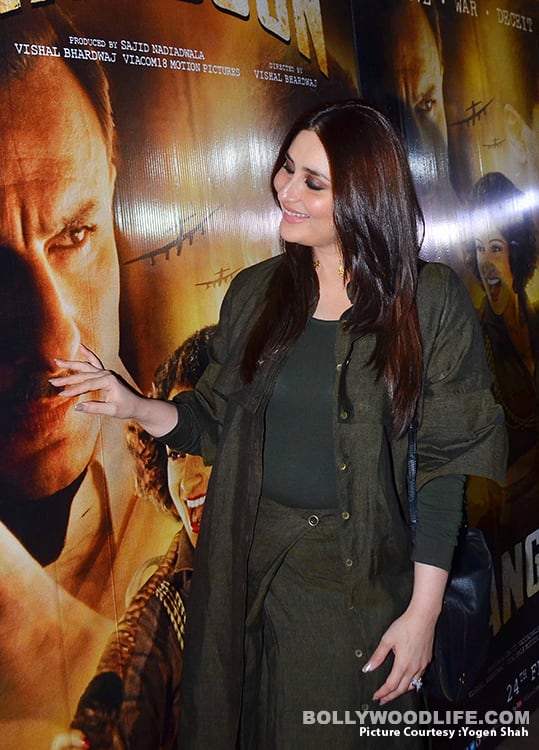 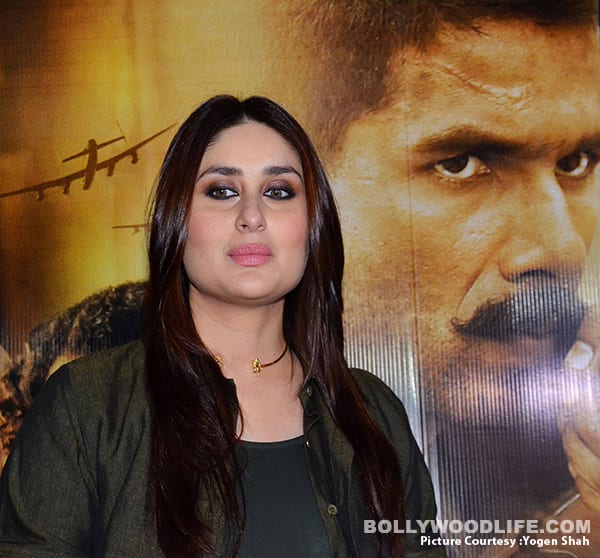 And this final one that sums it up all... 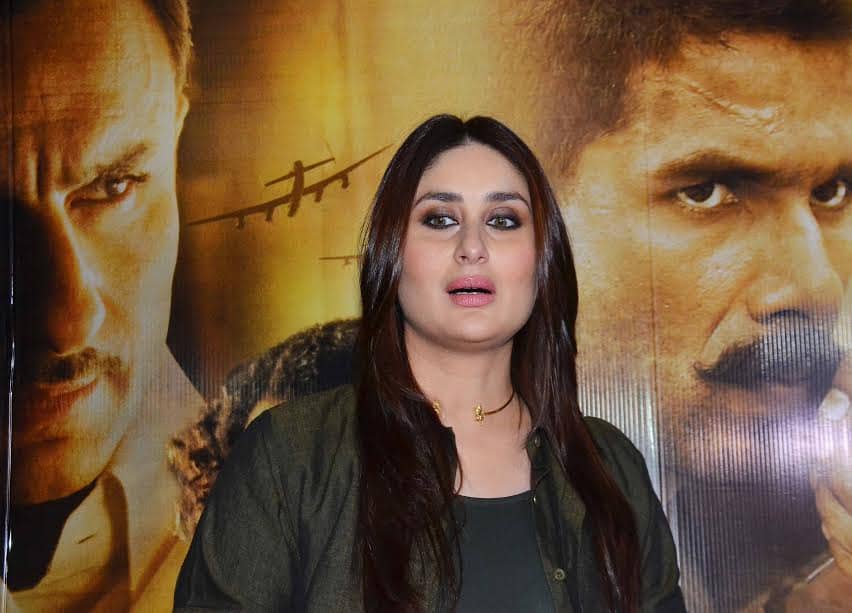 Not to mention, Kareena and Shahid had even teamed up for Udta Punjab last year. That's a different thing that they had no scenes together in the film and also their promotions were so strategically planned that they never bumped into each other and made things awkward. While reports suggest Saif and Shahid get along well and bond over their newborn babies - Taimur and Misha respectively. It's left to see if Kareena will ever join these 'Rangoon' boys under the same roof. Probably, this picture is all that we're going to have! Your thoughts?