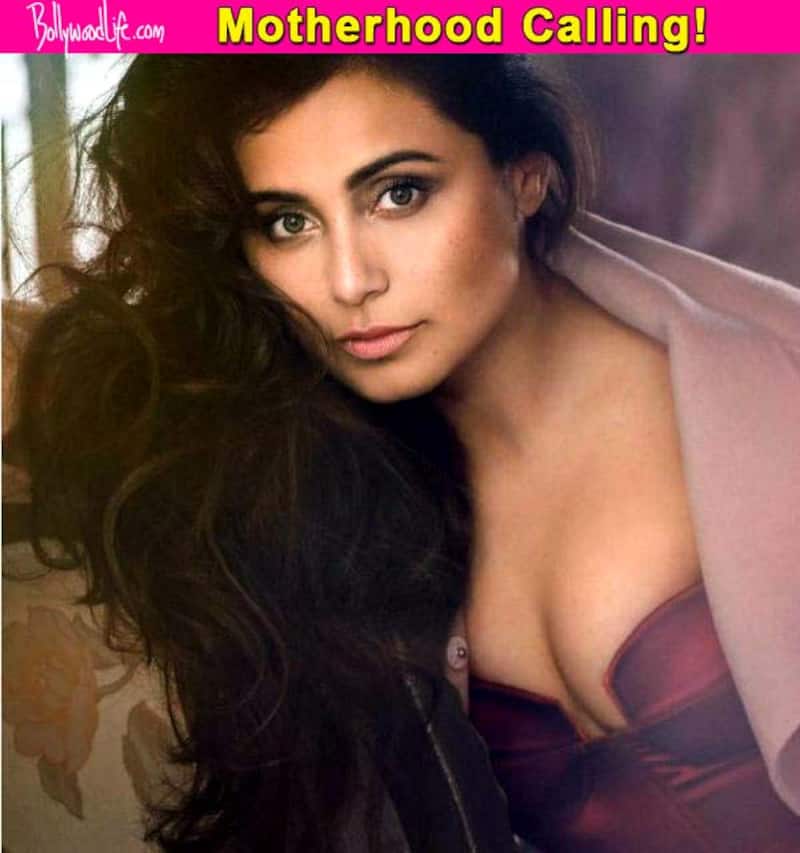 After the hush hush wedding affair last year, the pretty actress is now said to be pregnant

The year 2014 was a great one for Rani Mukerji. She not only made a stunning comeback with Mardaani but she also got married to her longtime boyfriend Aditya Chopra. Also Read - Aamir Khan’s son Junaid was REJECTED by Aditya Chopra to play Laal Singh Chadha? Here's how papa Khan stepped in to play the lead

After tying a knot with Adi Chopra in a hush hush wedding affair, a year and a half later we hear that Rani Mukerji is all set become a mother soon. That's right! Rani Mukerji is pregnant and expecting her first baby. According to an entertainment portal, Rani, who is currently is London is taking up prenatal massage at Four Seasons. Also Read - Kartik Aaryan, Aishwarya Rai Bachchan, Taapsee Pannu and more Bollywood stars who were shockingly replaced from movies

Meanwhile, Rani has featured in Vogue cover looking more effervescent than usual. Is that a pregnant lady's glow on Rani's face? While the actress has been unavailable to make any comments, Rani's entry to motherhood is yet to be confirmed officially. Will Mr and Mrs Chopra make it official anytime soon? Or will they keep this good news under wraps just the way they kept the paparazzi away from their wedding? We hope not! Also Read - Shamshera, Bombay Velvet, Jagga Jasoos: Ranbir Kapoor's biggest flops caused producers a loss of Rs 1000 crore?