The Kaali movie poster shows its eponymous goddess like she's depicted in her warrior form with one miniscule alteration; it also shows Kaali smoking, leading several people calling for the arrest of its director and for the poster to be pulled down 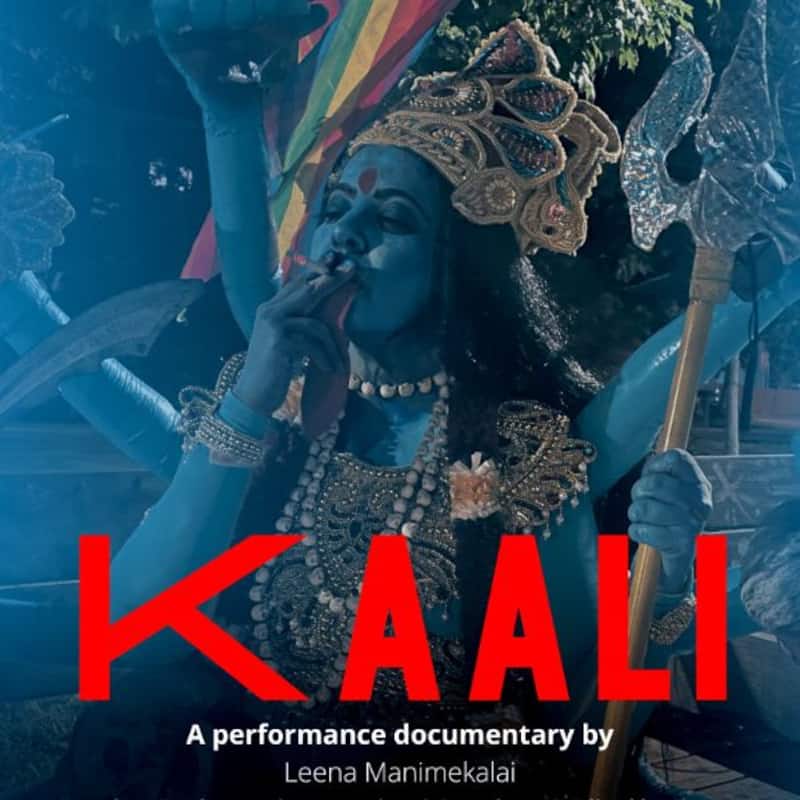 Kaali, a documentary movie, has come into a world of trouble due to its poster that has been recently dropped. The Kaali movie poster shows its eponymous goddess like she's depicted in her warrior form with one miniscule alteration – it also shows goddess Kaali smoking. Leena Manimekalai, the Director of the movie and known name in the documentary film circuit of the country has come under immense fire for the same, with several people calling for the poster of Kaali to be pulled down with immediate affect, and more than a few even calling for the filmmaker's arrest due to the way documentary film Kaali depicts the Hindu deity. Also Read - Taapsee Pannu to Kareena Kapoor Khan; celebs who insulted the paparazzi and indulged in heated arguments with them

Taking to her official Twitter handle, documentary filmmaker Leena Manimekalai proudly shared the poster of her movie, Kaali, and captioned it: “Super thrilled to share the launch of my recent film - today at @AgaKhanMuseum as part of its Rhythms of Canada Link: https://torontomu.ca/cerc-migration/events/2022/07/under-the-tent-launch/ I made this performance doc as a cohort of https://torontomu.ca/cerc-migration/under-the-tent/ @YorkuAMPD @TorontoMet @YorkUFGS Feeling pumped with my CREW.” Needless to day, her tweet was met with a barrage of threats and calls for her imprisonment... Also Read - BTS: Benny Blanco’s ‘I love Jimin’ tweet goes viral; ARMY wants them to collaborate

Super thrilled to share the launch of my recent film - today at @AgaKhanMuseum as part of its “Rhythms of Canada”
Link: https://t.co/RAQimMt7Ln

This is blasphemy and hurts Hindu religious sentiment.

.@AgaKhanMuseum needs to take this down immediately. @MEAIndia @DrSJaishankar @KirenRijiju

Every day H!ndu religion is mocked, Is govt. testing our patience ??

Why are Hindu gods, goddesses and articles of faith mocked, ridiculed, demeaned at the altar of 'liberal creativity'? Must Hindus be punished for their tolerance? Aren't Hindus being forced to adopt a more hardline posture? https://t.co/B5wS8J7xJu

Leena Manimekalai though has urged people with an issue to watch the film before pouncing on the poster, offering assurance that the hashtag #ArrestLeenaManimekalai will be changed to ‘Love You Leena manimekalai’ once people actually see it. Also Read - Happy birthday Hansika Motwani: The Maha actress' stunning transformation over the years is JAW-DROPPING to say the least [View Pics]