Kabali first look: Rajinikanth's salt and pepper gangster look will remind you of his Baasha days!

The actor, who got embroiled in the Tipu Sultan controversy recently, is playing an ageing gangster in the film. While it was said that the first look of Kabali will be out on September 17, the makers have surprised the fans and have revealed the first look on the eve of Ganesh Chaturthi. In the first look poster, one can see Rajinikanth sporting a grey suit and sunglasses, seated on a big white arm chair with city backdrop in the background. Also Read - From Deepika Padukone to Rani Mukerji: Did you know Shah Rukh Khan’s 3am friend and other lady BFFs?

But his salt and pepper hair and white beard are the most striking features of his first look from Kabali. The hair and the beard will remind you of 90's blockbuster hit Baasha, in which he played a gangster too. Also Read - Thala Ajith's wife Shalini to make a comeback after 20 years with THIS mega-budget period drama? Here's what we know 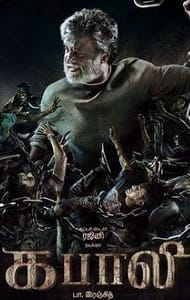 In the second poster Rajinikanth looks even more menacing as the powerful gangster, who is the master of his game, keeping every one in his control and reigning over them with chains. Rajinikanth himself came on Twitter to reveal these posters.

While Ajith started the trend of salt and pepper hair, now with Rajinikanth sporting the hairdo, silver hair look is going to be extremely popular among the fans. And the best thing about the poster, which one can't miss, is Rajinikanth's unmatched style and the authority that he brings to his character by just striking a simple pose.