Kabali movie review: Rajinikanth's film is all style and no substance!

Kabali was everywhere - on buses, on planes, after every television ad - there was nothing you were hearing apart from Rajinikanth and his new film in the past few weeks. 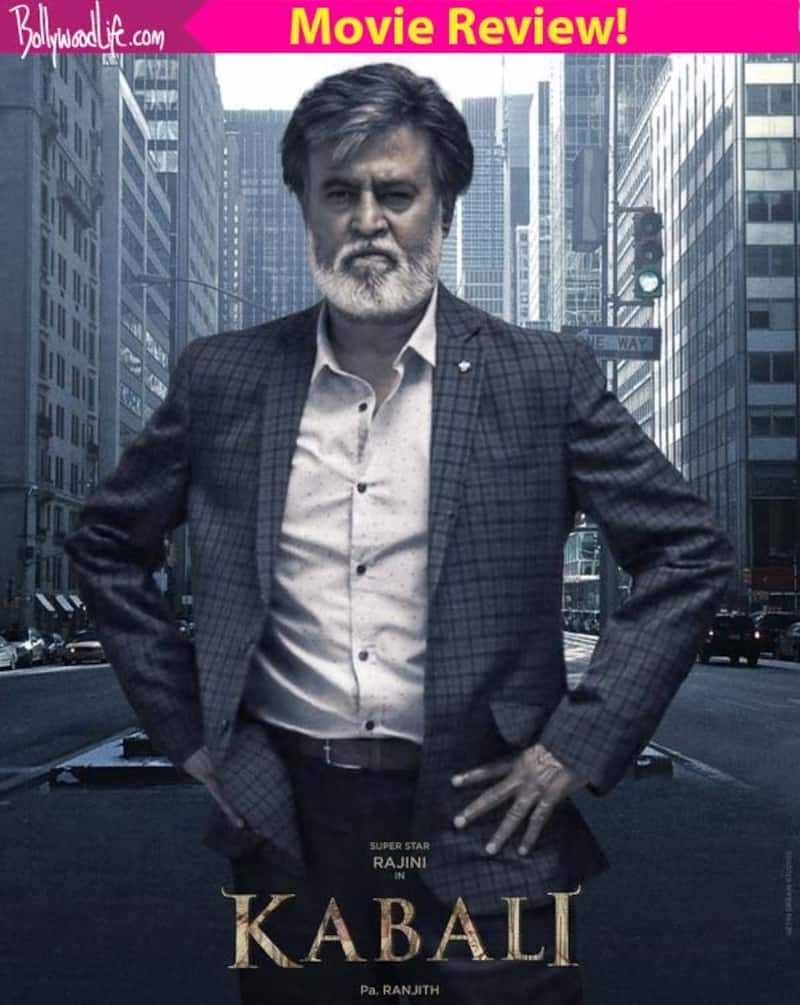 Oh Pa Ranjith, what have you done?

So much hype! So much hype! Rajinikanth's much talked about Kabali has finally released to packed theatres. You have seen and heard the craze surrounding the film and Rajinikanth's aura. Kabali was everywhere - on buses, on planes, after every television ad - there was nothing you were hearing apart from Rajinikanth and his new film in the past few weeks. We were so excited to see Thalaiva hit back at his detractors after the failures of Lingaa and Kochadaiiyaan. Also Read - Before Erica Fernandes, Hina Khan, Pranita Subhash, Radhika Apte and more actresses EXPOSED the dark, sexist side of South Indian film industry

Unfortunately, Kabali turns out to be a case of all style, no substance! Also Read - Mallika Sherawat reveals A-listers wanted her to compromise; other actresses who have exposed Bollywood casting couch

Kabali (Rajinikanth) is an ageing don incarcerated in an Malaysian jail, after getting involved in a gang war that supposedly killed his wife (Radhika Apte). Years later, he finally gets released and finds himself back in the company of his loyalists (John Vijay and co.). Even in jail, he had been helping people out and getting drug addicts and reformed gangsters rehabilitated in a social welfare foundation. However, his rival gang, led by a Chinese gangster Tony Lee, is waiting for his release so that they can settle old accounts. But he is Kabali. He can't be taken down, can he? As he takes down the businesses of his old foes, he also comes face to face to ghosts of his own past.

The hottest thing about Kabali is watching the film in a theatre filled with Thalaiva fans, who cheered and clapped for every punchline and gesture of Rajinikanth. Even when the film loses all steam later on, these diehard supporters still kept on cheering for the legend. Rajinikanth, of course, is the reason why these people are here, and he doesn't disappoint much when it comes to his mannerisms, style and the way he utters Kabali Da. His entry scene is FAB, and you will go tone deaf with the enormous clapping and cheering that follows the scene. Even the scene straight after that, where he bashes one of the villains and utters the popular Kabali Da dialogue is great. However, the film loses pace soon after that. He also makes a good pair with Radhika Apte. However, one can't help but notice that the legend is looking very tired, especially in the closeup scenes. Neruppa Da is one brilliant song that enlivens even damp scenes. Dhansika is fantastic in the action scenes, but she is saddled with a limited role. However, the scene where Kabali realises she is his daughter is written well.

There is nothing wrong in cashing on a superstar's aura, but you need to back it up with an engaging plotline. However, director Pa Ranjith is more obsessed in being awe with Rajinikanth than write a good story around him. There is nothing new in this gangster flick that we have not seen in Tamil film before - one dimensional villains, hero remaining unharmed even when he is shot, becoming a one-man army who eliminates his enemies. The film is too predictable with very few surprises. This is inexcusable coming from such a talented director. The scenes involving The Free Life foundation that Kabali runs and that subplot involving one of its inmates, Meena, is so boring and should have been trimmed. If the first half has a little to cheer about, the second half is just a boring, dragging mess. You could see a little intelligence somewhere where the director shows his geeky love (an ageing don is named Ang Lee, while two companies of the villains are called Tony Pvt Ltd. and Stark Corp.), but there are very few. Radhika Apte gets no scope, although she acts admirably with what she has. The biggest victim is Malaysia that is shown as the land of gangsters, pimps and drug dealers, and all the Indians there are Tamilians. The final scene of the film will leave you confused. Also, for a Rajinikanth film, the film has very few punchlines. Surprisingly for a film with so much blood and shootings, its rated U. What happened there, Censor Board?

Riding on so much hype and Rajinikanth's star power, Kabali turns out to be a huge disappointment. Though Rajinikanth keeps on saying Magizchi (Cheers! in English) in the film, there is very less to cheer about anywhere in here, even for his die-hard fans. Only watch the film if you want to know why there is so much craze over Rajinikanth.