So Kadhalum Kadanthu Pogum is finally out, and it is as good as was expected! Read the full review right here!... 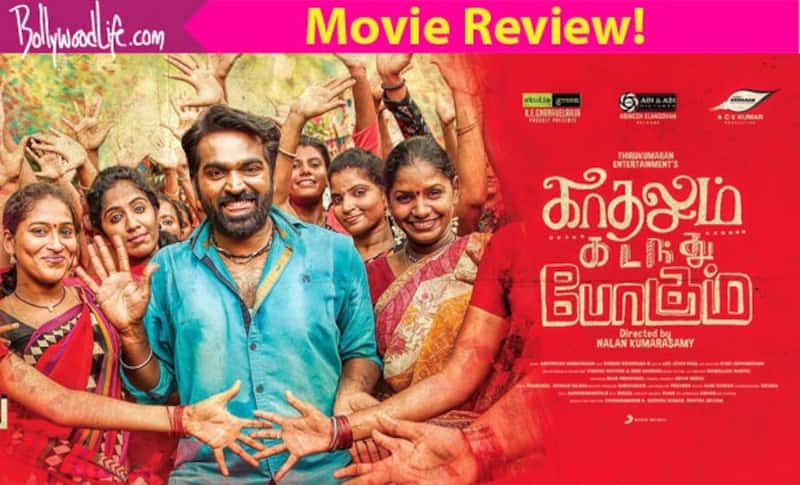 The movie has a good mix of humour and emotions

Do you want to see Vijay Sethupathi as a shameless, tactless fool who acts all tough but is actually a softie? Then this movie is just for you! Kadhalum Kadanthu Pogum is a Tamil remake of the Korean film My Dear Desperado. It stars Madonna Sebastian and Vijay Sethupathi, in that order, because Madonna actually has more of a crucial role in the film than the Makkal Selvan himself. So let us see what KaKaKaPo is all about... Also Read - Trending OTT News Today: Gopichand's Pakka Commercial chalks unique digital release strategy, Jeffrey Dean Morgan to join The Boys season 4 and more

It is the story of Yazhini, played by Madonna Sebastian and her journey through the most difficult time of her life. She is a small town girl whose dream is to work in a big company in Chennai. She manages to get a job and live the high life, until her company is shut down all of a sudden. Penniless and desperate, she takes up residence in a bad neighbourhood where she meets Kathir, a small time thug, played by Vijay Sethupathi. He is a rough, callous fellow who gets into brawls and loiters around in his boss's den all day. However, both their lives take a major twist as they get acquainted with one another through a series of unusual circumstances. Kathir softens up in Yazhini's company and she grows more confident and cocky in his. Both the leads are haunted by two very different things- Kathir wants to eliminate a cop Kumar, played by Samuthirakani, whereas Yazhini is afraid of staying jobless for the rest of her life. The rest of the tale is about how Kathir and Yazhini fall for each other, and whether they achieve their dreams and get rid of their demons. Also Read - After Suriya in Vikram, get ready for these smashing CAMEOS of more South stars in upcoming Tamil and Bollywood movies

What's hot: Also Read - Kamal Haasan opens up on Vikram box office success; REVEALS he will repay all his loans

The two leads of KaKaKaPo are the best part of the entire movie. Of course, this is the most crucial factor in the success of any movie and director Nalan Kumarasamy has ensured that both of them deliver memorable performances. Madonna especially deserves a standing ovation for the way she carried off her role, although her interesting character in the movie itself helped her case. Sethupathi is fantastic as always and is thoroughly entertaining as Kathir. It was as if the role was destined for him only, but that can be said for almost every role he plays. The movie also is pretty engaging and has plenty of humourous moments and a few gems that will make you guffaw until your belly aches. Another great plus is that, KaKaKaPo has plenty of romantic moments too, which has been dealt with quite realistically considering the fact that Kathir is a complete ruffian and Yazhini is a modern girl from a decent family. Also, the movie has great background score and catchy songs which make it a great experience for the audience. Overall, Kadhalum Kadanthu Pogum is a perfect cocktail of laughs, love, emotions and drama.

The one very glaring flaw in the movie is the story itself. If you take away the amusing characters, and the clever direction, the story has very little to offer. In essence, it is an ordinary love story which has been dealt with in a unique manner. Another thing that brings the movie down is the total focus on the two lead characters. There were plenty of interesting side characters too who could have been given more screen time. Moreover, the movie had a very ambiguous ending, which might seem cool to some, but personally, I felt that after sitting for two hours to see an obvious conclusion and not getting to actually see it is a major disappointment.

Do watch KaKaKaPo if you like light hearted comedies with a sprinkle of romance and drama. And certainly do not miss it if you love Vijay Sethupathi and Madonna Sebastian, whom you will grow to love by the end of the movie anyway.