Kajol posted a picture of herself with Nysa from 2017 when she had come home for Diwali. Nysa, who is Kajol and Ajay Devgn's daughter is currently studying in Singapore

Kajol and Ajay Devgn proved on the recent show of Koffee With Karan 6 how they were the perfect husband-wife duo that anyone would dream of being. The sweet nok-jhok in front of Karan was too cute and we wished that every wife should get a husband like Ajay and every husband should have a wife like Kajol. The couple's views about their kids too were revealed on that episode and it turned out that when it came to their elder daughter Nysa who was 15 then, Ajay was more protective towards her than Kajol. It was also revealed that Yug, who is still 8 is apparently as crazy as his mother. Also Read - Trending Entertainment News Today: Fans want Padma Vibhushan for Sonu Sood, Ajay Devgn's noble gesture, Aishwarya Rai reveals why she refused Kuch Kuch Hota Hai

The feeling you get from that episode is that Ajay might be more emotional than Kajol as a parent. But the actress proved us wrong today when she posted a picture of herself with daughter Nysa. The occasion was Nysa's 16th birthday and seems like Kajol couldn't stop herself from sharing a sweet picture and an emotional message on her social media account. "Happy 16th birthday to my sweet, sweet baby. I still feel the weight of you in my arms and I don't think that will ever change. However old you grow know that you will always be my heartbeat. Love, always," Kajol wrote. Also Read - Ajay Devgn wins the heart of the whole of Mumbai with THIS noble gesture' proves to be a real-life Singham

Happy 16th birthday to my sweet sweet baby. I still feel the weight of you in my arms and I don't think that will ever change. However old you grow know that you will always be my heartbeat. ❤always

This picture belongs to the year 2017 when Nysa had come home for Diwali. She is now studying in Singapore but keeps featuring on her parents' social media accounts every once in a while. Meanwhile, Yug is still in school and stays in Mumbai with Ajay and Kajol. Nysa was even wished by some of Kajol's industry friends like Siddharth P Malhotra and Kunal Kohli. 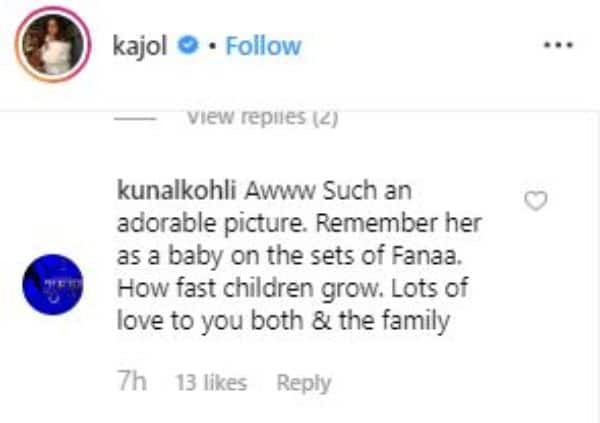 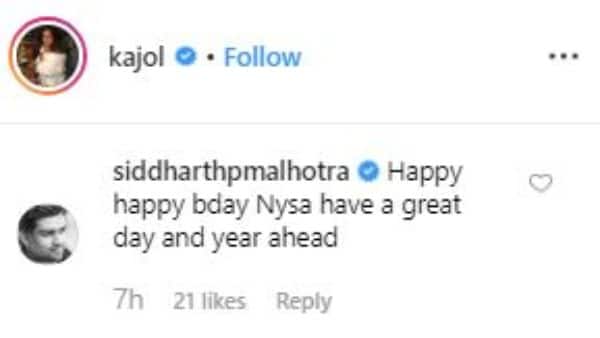 The last we heard about Nysa, she came under the spotlight for being trolled over her outfit. Ajay Devgn later said to PTI in a statement, "She used to get upset over trolling earlier, but now she doesn't care about it anymore. She knows how to deal with it. She has accepted that there will be some people who will keep judging no matter what." He added: "Judge me, but don't judge my kids. Kajol and I are the actors, judge us...it's because of us, our children are under the spotlight every time."

On the work front, Ajay Devgn is shooting for Tanaaji: The Unsung Warrior and is looking forward to the release of De De Pyaar, which stars Rakul Preet and Tabu in lead roles.