Kajol's daughter Nysa is blaming her for this picture and you gotta know why.... 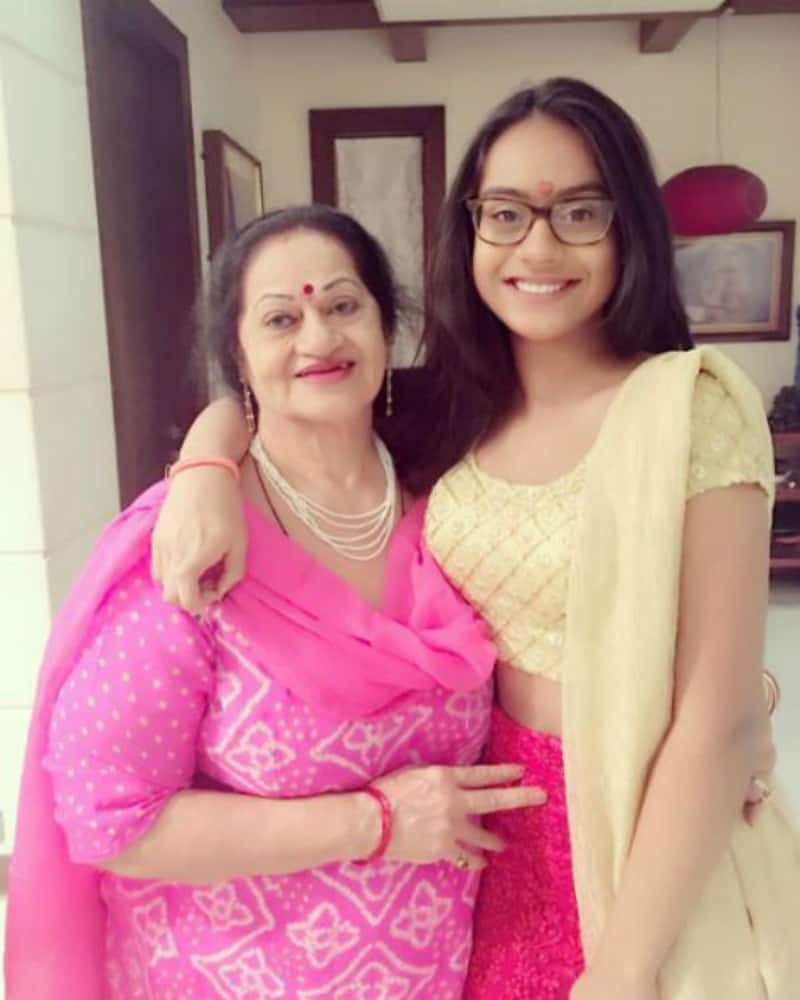 Now we know for a fact Kajol's daughter Nysa is pretty social media savvy. She not only has a super active Instagram/Twitter account but also breaks into Kajol and Ajay Devgn's accounts every now and then to show them how to tweet and what to tweet. Remember how during Shivaay she had literally hacked into Ajay's Twitter profile by putting up random tweets about their fun trip together? In fact, the other day she even urged Kajol to post an adorable video, just so that her fans feel more loved. But guess, Nysa is pretty upset with this picture that Kajol posted the other day. Yea, the one that you see in the above pic. Also read: Nysa urges Kajol to thank her fans in the most adorabe way ! – Watch video Also Read - Kajol makes shocking revelations about her relationship with Ajay Devgn; speaks about two painful miscarriages and more

Although you might feel Nysa looks stunning in this photo but the teenager doesn't approve of it. As soon as Kajol shared it on Instagram, Nysa commented asking her to pull it down asap. She wrote, "What is this picture I look so bad mommmm." You see third world problems? But Kajol refuses to take it off. She's still flaunting it on her Insta account coz obviously, every mom believes their daughter is no less than a princess, amirite? Also Read - Laal Singh Chaddha: Aamir Khan to REFUND money to the distributors for box office loss? Rajinikanth, Shah Rukh Khan and more stars who did the same

Not to mention, even during Dilwale Kajol had credited the film to Nysa stating, "Nysa was very happy. In fact, she convinced me. She was like, Mom you have to do this film’ and I was like, ‘Baby I’m going to be out of town, I’m going to go for this outdoor, I’m not going to spend time with you’. She was like, Mom I want you to do a film where you’re not crying. I’m tired of you doing films where I go to see your film, you just start crying." Also read: Someone HACKED into Ajay Devgn’s Twitter account and he CAN’T do anything about it!

The last we saw Nysa and Kajol together was a week back when they both stepped out for shopping. Not to forget, the mom-and-daughter was also spotted twinning in white and denim. All said and done, what do you think of this above picture? Don't you think Nysa looks the prettiest in traditional? Drop your thoughts in the comments below and keep watching this space for more.