Kajol jokes about testing paparazzi's fitness while rushing out of airport; netizens troll her for dressing sense [Watch]

Salaam Venky actress Kajol was spotted at the Mumbai airport on arrival. The actress rushed out of the airport with the paparazzi following her. Check out how Kajol joked about testing paps' fitness and netizens' reaction to the same below: 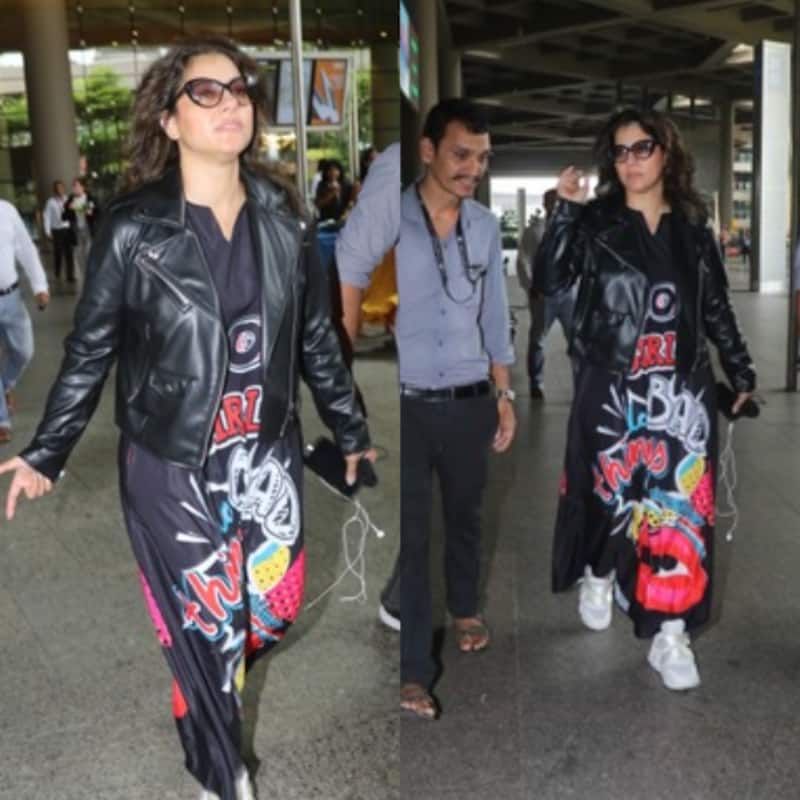 Kajol is one of the most bindaas and savage actresses we have in the entertainment industry. She was recently spotted at the airport at the arrivals. The actress is gearing up for her film, Salaam Venky. Kajol's airport spotting has always been the talk of the town. The actress is often said to be rushing out and inside the airport without waiting for the paparazzi and clicking pictures for them. And that's what she did even now. As Kajol was spotted at the Mumbai airport, arriving, she yet again rushed out and also joked about testing paparazzi fitness. Also Read - Ajay Devgn and Kajol's daughter Nysa Devgn's unseen party pictures with her friends will leave you stunned

Kajol spotted at the airport

In Entertainment News today, Kajol was spotted at the airport returning to the bay. She wore a printed maxi that she teamed with a leather jacket and white sneakers. Kajol was seen chatting animatedly with someone. After a while, we see Kajol rushing and the paparazzi struggling to keep pace with the actress. "Chalo dikhao kitna fit ho tum log," she said testing their fitness. Check out the video here: Also Read - Jhalak Dikhhla Jaa 10: Gashmeer Mahajani recreates a romantic scene with Kajol; fans say he did better than Shah Rukh Khan

Kajol gets trolled for her walk and dressing sense

Kajol was yet again trolled for her walk at the airport. Not just her walk, but the Tribhanga actress's fashion sense and behaviour were also discussed in the comments section. People trolled her outfit and some netizens also questioned the leather jacket she wore. Her look brought in Ranveer Singh into the comments, who's usually known for his eccentric styling. Check out the comments here: Also Read - Deepika Padukone, Nora Fatehi, Sonam Kapoor and other Bollywood divas who have signature hairdos [View List]

Talking about Kajol's work front, the actress was last seen on the big screen in Tanhaji: The Unsung Warrior as Savitri Bai. Kajol's next were a short film and a feature web film, Devi and Tribhanga. And now, she has Salaam Venky, a film by Revathy. Salaam Venky is a drama film which is based on the true story of a woman and the challenges she faces in life. The film also stars Aahana Kumra, Rajeev Khandelwal, Rahul Bose, and Jaineeraj Rajpurohit to name a few.