While Kajol and Suriya have been included in the Oscar Academy for their massive and impressive contributions in acting and production to Indian cinema, Reema Kagti has been noted for her work both as a Director and screenwriter in Bollywood 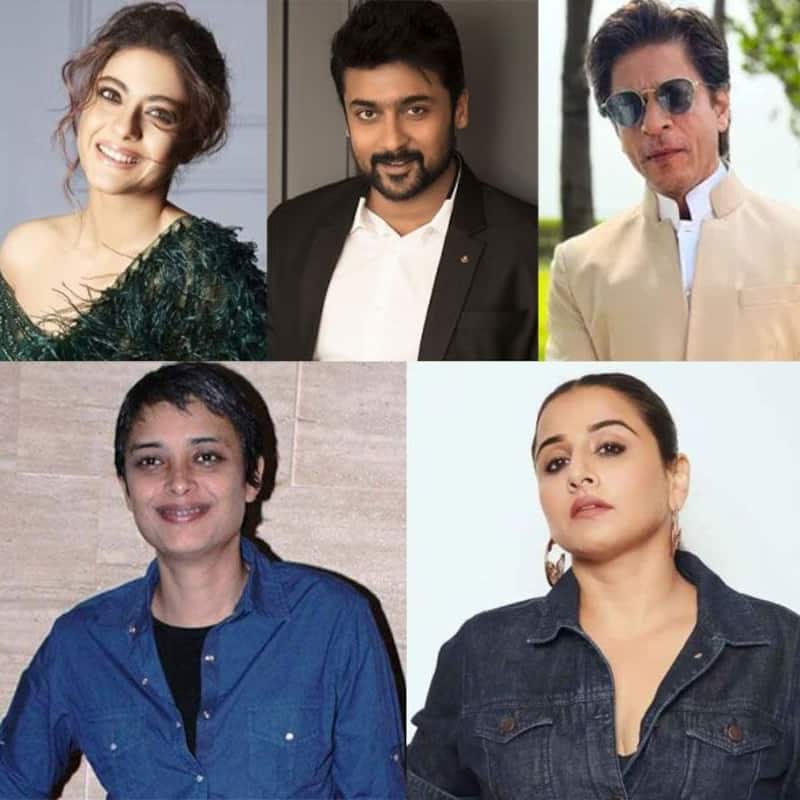 The Academy of Motion Pictures Arts and Sciences have invited Kajol, Suriya, Reema Kagti, Sushmit Ghosh and Rintu Thomas among the Indian diaspora this year to be a part of their elite panel. Kajol, Suriya, Reema Kagti, Sushmit Ghosh and Rintu Thomas will be joining the likes of Shah Rukh Khan, Vidya Balan, Amitabh Bachchan, Aamir Khan, Salman Khan, Aditya Chopra, Guneet Monga, Ekta Kapoor, and Shobha Kapoor and others from among the Indian diaspora who're already a part of the prestigious Oscar Academy board members. Suffice it to say that both Kajol fans and Suriya fans are over the moon with joy. Also Read - Mahesh Babu OPENS Up about his film with SS Rajamouli; calls it a dream come true [Read Deets]

The Academy panel welcomed Kajol, Suriya, Reema Kagti, Sushmit Ghosh and Rintu Thomas as also all the other new entrants from across the globe to their board with an official statement that read: “The Academy of Motion Picture Arts and Sciences is extending invitations to 397 distinguished artists and executives to join the organization in 2022. Membership selection is based on professional qualifications, with an ongoing commitment to representation, inclusion and equity. This year’s class of invitees includes 71 Oscar nominees, including 15 winners.” Check out the full statement below: Also Read - Liger star Vijay Deverakonda upset with his episode of Koffee With Karan 7? [Exclusive]

It's time to announce our new members! Meet the Class of 2022. https://t.co/BIpkeYpGPV

While Kajol and Suriya have been included in the Oscar Academy for their massive and impressive contributions in acting and production to Indian cinema, with the latter's film Jai Bhim having been shortlisted among the hopefuls for this year's Best Foreign Language Film Oscar, before it bowed out of the race, Reema Kagti has been noted for her work both as a Director and screenwriter in Bollywood. On the other hand, Sushmit Ghosh and Rintu Thomas's film, Writing with Fire, was nominated for a Best Documentary Feature Oscar this year. Also Read - Mahesh Babu Birthday: From ‘Bollywood can’t afford me’ statement to being trolled for endorsing pan masala; controversies the Telugu star was embroiled in