Kamal Haasan and Trisha's Thoongavanam trailer to be unveiled on September 16! 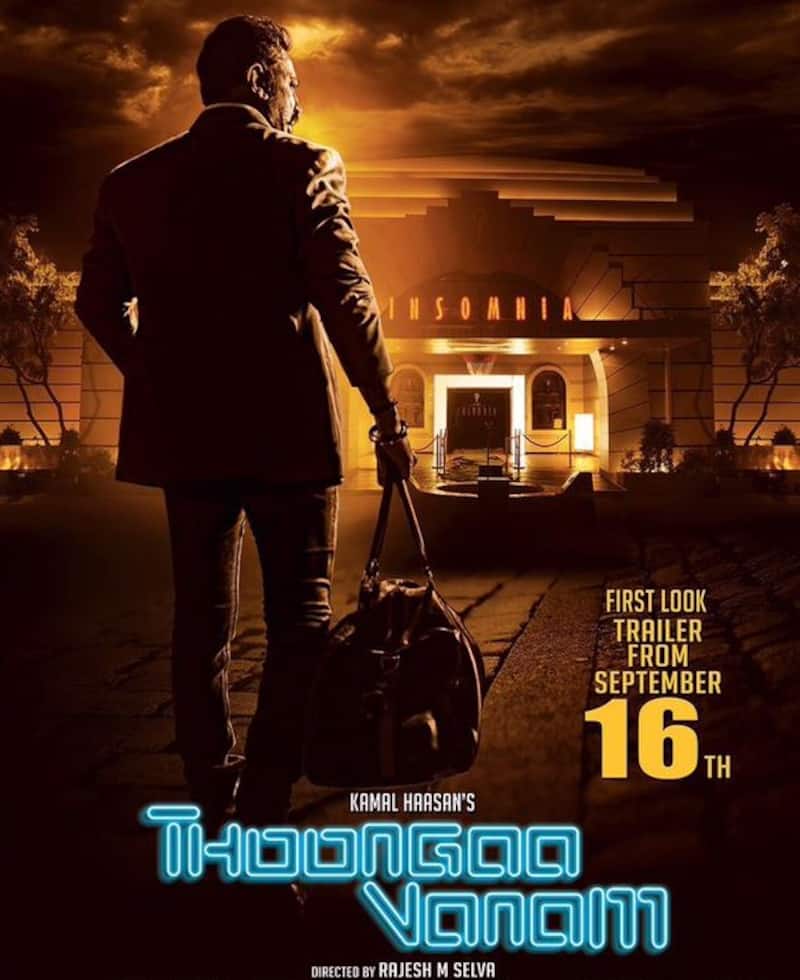 After the success of Papanasam, Kamal Haasan is back with a gritty thriller

While 2014 saw no releases for Kamal Haasan, this year has been a treat for his fans as two of his films made it to big screen in span of two months. Now, Kamal Haasan fans...get ready as the versatile actor is coming back again for the third time this year, with Thoongavanam. Also Read - Mahesh Babu to Kamal Haasan; 8 South Indian actors who have immense fan following worldwide

After critical appreciation of Uttama Villain and commercial success of Papanasam, Kamal will be seen as a corrupt cop in this gritty thriller Thoongavanam, which is said to be a remake of French film Sleepless Night. The film also stars Trisha and Prakash Raj in lead roles. While Kollywood has been buzzing about the film, the wait for the fans is over as the first look trailer of Thoongavanam will be out on September 16. Also Read - The Gray Man: Will Chris Evans join Ryan Gosling and Dhanush in Russo Brothers' sequel? Here's what we know [Exclusive]

The audio launch is expected to follow after the trailer launch and Thoongavanam is slated for Diwali release. With Ajith's Thala 56 and Dhanush's VIP 2 also expected to release during the festival of lights, fans are set for a crackling Dilwali as three big stars will take on each other at box office. Also Read - Trending Hollywood News Today: Dhanush joins Ryan Gosling in The Gray Man sequel, Alec Bladwin brutally trolled and more