Chiyaan Vikram will be next seen in Saamy Square

Earlier this year, Kamal Haasan had made an announcement that he will co-produce his daughter Akshara Haasan and Chiyaan Vikram's film along with Trident Arts under his banner Raajkama Films International. And now the film has finally went on the floor. The makers along with cast and crew launched the film today under the tentative title Production No. 45. The film is directed by Rajesh M. Selva, who previously helmed Thoongavanam. It also stars Nasser's son Abi Haasan in a key role. Kamal Haasan's Vishwaroopam co-star Pooja Kumar was also present during the launch today. Also Read - Trending Entertainment News Today – Indian Idol 12: Pawandeep Rajan turns harmonium teacher for Arunita Kanjilal; 'Arrest Yuvika Chaudhary' trends after casteist remark

My best wishes to Mr.Vikram, Ms.Akshara Haasan, Director Rajesh M Selva and Trident Arts who are joining hands with Raajkamal Films International to produce a film. Lets endeavor to make it a grand success. 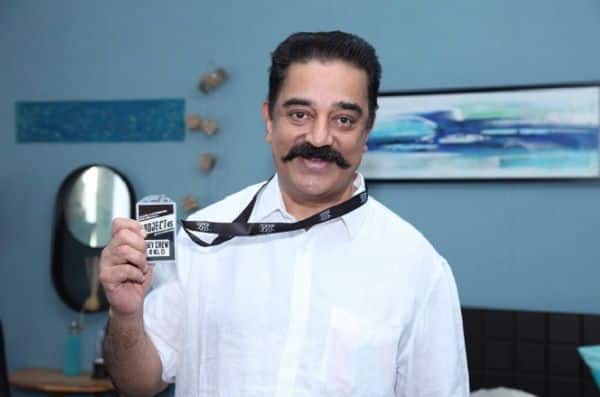 On the work front, Chiyaan Vikram will be next seen in Saamy Square. For those who don’t know Saamy Square is the sequel to the 2003 movie – Saamy that starred Chiyaan Vikram and Trisha. The movie went on to become of the biggest hits in Tamil cinema. In fact movies like Saamy, Kaakha Kaakha paved the way for future cop films. Saamy Square also stars Keerthy Suresh and is directed by Hari. The film is expected to hit the screens in September.

Talking about Saamy Square he earlier said, “After Dhil, Dhool and Saamy, I think Saamy Square will be a milestone commercial entertainer in my career. Aarusamy character was loved by audiences everywhere because of the way Hari treated the part. The grey shades of the role were the highlight. It’s one of my most favourite characters.”