Kangana and Deepika blamed for Animal Cruelty as they carry Hermes bags but are they really the ones to blame?

An online opinion and commentary platform, Daily-O asks the leading fashionistas a poignant question- "How many reptiles must be killed for fashion?" But I ask, why should Kangana and Deepika be the only targets?

Kangana Ranaut and Deepika Padukone are the two trend-setting fashionistas of Bollywood who have come under fire for their choice of handbags. An online opinion and commentary portal Daily-O's writer Radhika Bhalla has accused the Bollywood fashionistas for being unaware about the large-scale brutal killing of alligators and other reptiles which goes into the making of these high-end luxury brand handbags which cost over six lakh rupees each. Also Read - Worst dressed: Even Sonam Kapoor, Kareena Kapoor Khan couldn’t make these drab outfits work!

The headline of the opinion piece asks these two actresses, who proudly flaunt their Hermes Birkins and totes, showing the world that they know what is "in" fashion-wise, this pertinent question- "How many reptiles must be killed for fashion?" The article is written in the light of the investigative sting operation that was recently conducted by PETA which exposed in a video titled "Belly of the Past" how several alligators are mercilessly slaughtered each year so that the fashion-conscious people of the world can spend lakhs of rupees on buying the designer "it" bags. Also Read - Best dressed: Priyanka Chopra, Sonam Kapoor teach us how to wear plunging necklines with aplomb!

Ironically, many celebs came in support against the Yulin Dog eating festival in China this year but the opinion piece shines light on the fact that many fashionistas shy away from acknowledging that reptiles are murdered to satiate their fashion cravings. The article asks, "Is compassion only for one species and not for another?" Also Read - Worst dressed: From Sahher Bambba to Priyanka Chopra, these B-town beauties can do better for fashion's sake

But my question to the opinin piece writer is, why just target Kangana and Deepika when talking about the slaughter of alligators for fashion? While I don't deny that Dippy and Kangana love their birkins it is not news that they are merely following the culture of Bollywood to blindly follow fashion trends set by Hollywood stylistas. 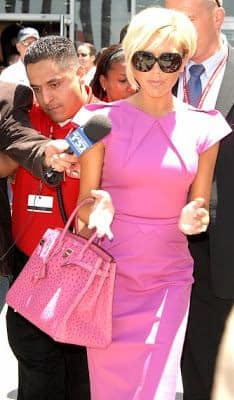 Vitoria Beckham with a pink Hermes

Hermes was a relatively unknown brand in India till mid-2000. It became an "it" brand in the country as the first wives of Bollywood and rich socialites like Sussanne Khan, Maheep Kapoor, Twinkle Khanna, Anu Dewan etc. started carrying the Hermes handbags with pride. Soon actresses like Karisma Kapoor, Shilpa Shetty Kundra and Sridevi followed suit because it was cool. Kangana and Deepika started carrying the Hermes bags much later. 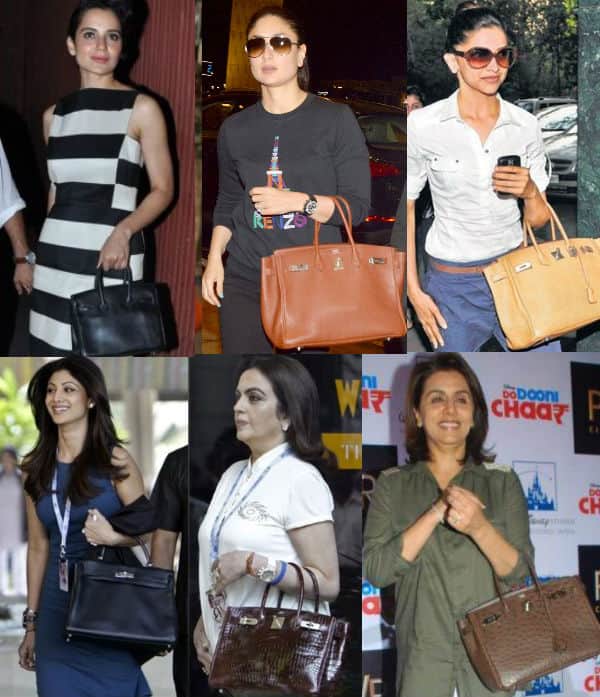 Hermes was first spotted on the rich and famous ladies from the West like Catherine Zeta Jones and Victoria Beckham. Only after seeing the bags on international icons did Indian glamzons (mostly the first wives of Bollywood) go "I want that too!" making frantic calls to the fashion house abroad and booking the ridiculously expensive handbags for themselves to become the new trendsetters of Bollywood.

If anyone is to blame, it is the blind culture of following international fashion trends from Hollywood that should be held accountable. Singling out Kangana and Deepika as the main offenders doesn't seem all that fair.

I don't say that Kangana and Deepika aren't among the fashionistas who unconsciously support the killing of reptiles for their luxury handbags, I just want to point out that just singling their names out in the issue is wrong. It would indeed be lovely to see the ultimate glamzons of showbiz join hands against the animal cruelty that takes place in the name of fashion.

We wonder if Kangana and Deepika are aware of the scathing critique against them by Daily-O. As we wait for their comments on the matter, you can tell us in the comments section below what you think about this issue?