Kangana Ranaut is all praise for Aamir Khan's Dangal

Aamir Khan’s highly anticipated film Dangal is only a day away from releasing in the movie screens and there is already much excitement among Aamir Khan’s fans because the film has been getting rave reviews. Queen actress Kangana Ranaut and Aamir’s daughter Ira Khan were seen at one of Mumbai’s suburban theatres. After watching the movie, Kangana was in awe of Dangal. Also Read - Throwback: When Tiger Shroff spoke about the ‘worst’ phase of his life and revealed he had to sleep on the floor

She went on to praise each and every actor who is a aprt of the film and said that everyone should watch the film. “I am quite sure ki sabko bohot achi lagegi film. (I am sure everyone is going to like the film) It’s really nice.” On being asked whose performance did she love the most, Kangy said, “Sabki performances bohot achi hai. Aise koi hai nahi jiski performance bohot behtareen hai nahi. Bohot he behtareen film hai and I think it’s a must watch for everyone. (Everyone’s performance is just outstanding. There is nobody in the film who’s performance is not nice and I think Dangal is a must-watch).” (ALSO READ: Dangal: We were more excited to meet the real Phogat sisters than meeting Aamir Khan, say Fatima Sana Shaikh and Sanya Malhotra) Also Read - Trending Entertainment News Today – Emraan Hashmi's entry sequence in Tiger 3 to cost a bomb; Will Pawandeep Rajan get eliminated this week from Indian Idol 12?

Ms Ranaut, who has just returned from her two-month-long schedule from the US after filming Simran, went on to say that she liked how the little girls have performed in the film. “Itna acha train kia hai unhone ki aisa lagta hai ki professional level ki lag rahi hain (They have been trained so well that they all look professionals).” Clearly, Kangana seems to have absolutely loved Aamir’s Dangal! And why not? After all, Aamir is known to deliver spectacular performances. Also Read - Aamir Khan's daughter Ira Khan reveals she got a sex-ed book from her mom after she hit puberty

Dangal, directed by Nitesh Tiwari is based on real-life wrestler Mahavir Singh Phogat and his daughters Geeta and Babita Phogat. The film will hit theatres tomorrow. 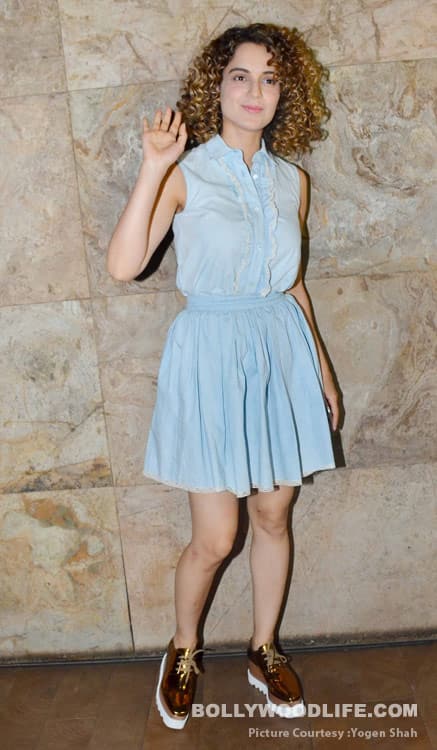 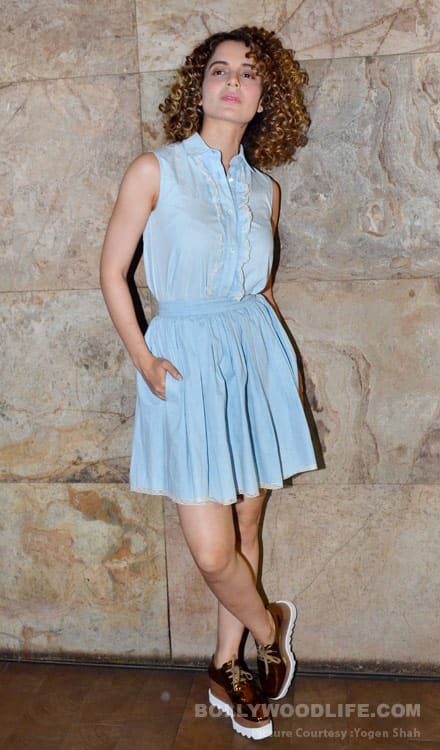 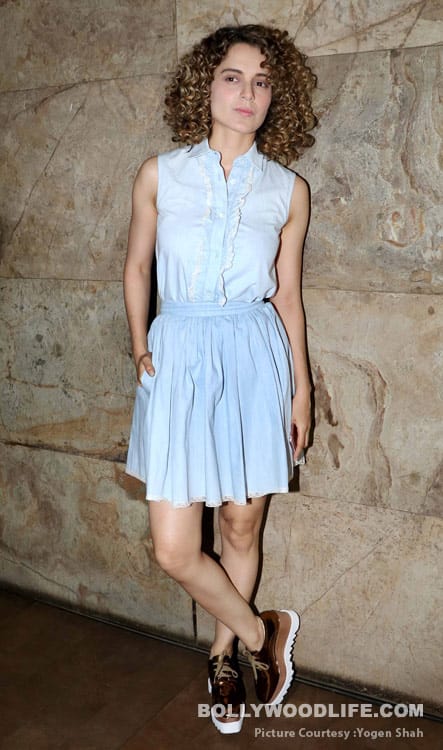 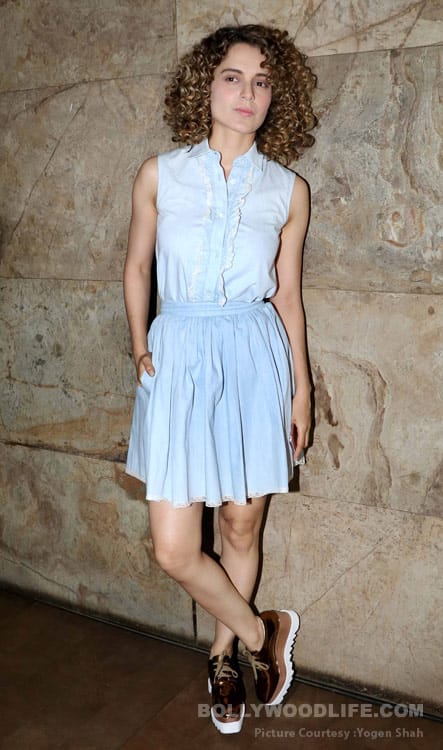