Kangana Ranaut calls Nawazuddin Siddiqui‘s lavish house BEAUTIFUL; lauds him for designing it by himself

Nawazuddin Siddiqui is living his dream right now and he totally deserves it. The man has worked immensely hard to get this success and cherish and flourish it. The actor has built his dream out in Mumbai and the pictures of his beautiful house are going VIRAL.

Nawazuddin Siddiqui is living his dream right now and he totally deserves it. The man has worked immensely hard to get this success and cherish and flourish it. The actor has built his dream out in Mumbai and the pictures of his beautiful house are going VIRAL. One cannot get over his dream house. His fans are hailing his hard work and calling it a big success for him. Bollywood actress Kangana Ranaut too cannot get over Nawaz's beautiful mansion. She took to her Instagram and shared the picture of his luxurious house on her Instagram story and wrote, " Nawazuddin Siddique sir ne apna naya ghar khud design kiya hai,bahut khubsurat hai..bahut bahut Mubarak". Kangana will be seen next working with the actor. The actress is debuting as a producer in the digital medium with her film Tiku Weds Sheru starring Nawazuddin Siddiqui and Avneet Kaur in the lead roles. Also Read - Trending Entertainment News Today: Kangana Ranaut's Dhaakad bombs on opening day; Aayush Sharma quits Salman Khan's film and more 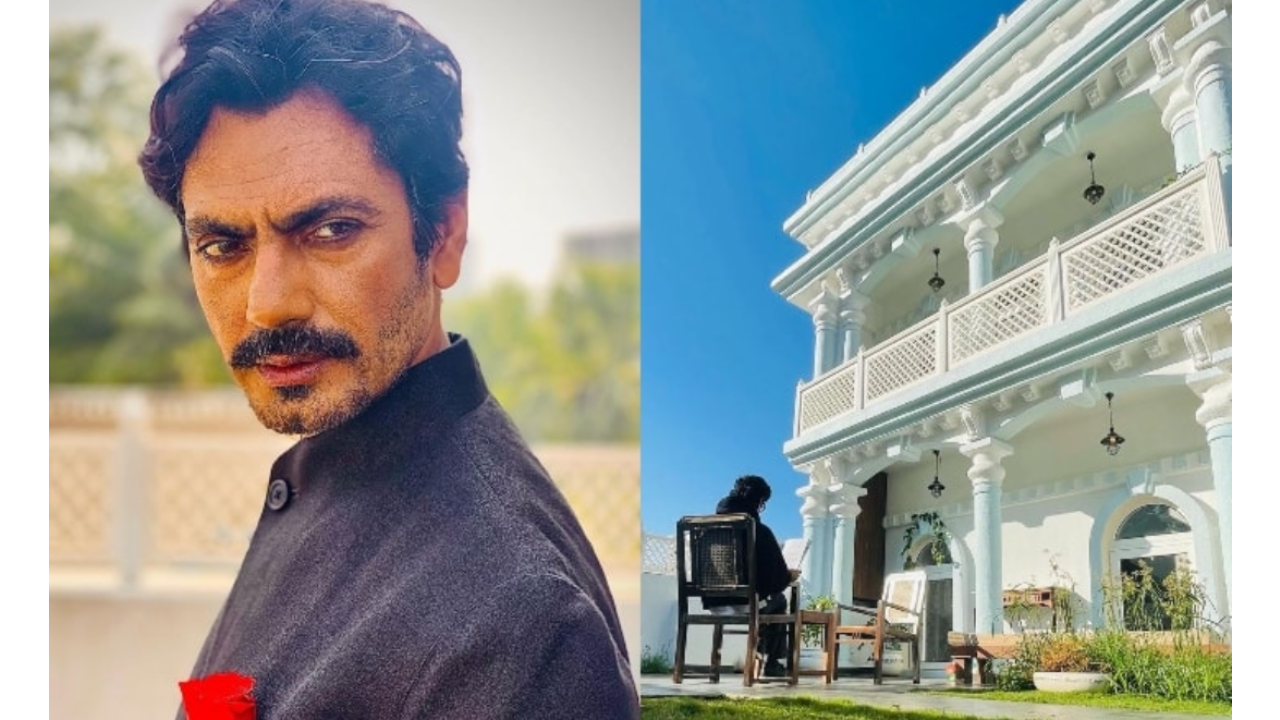 Also Read - From Kangana Ranaut to Aishwarya Rai Bachchan: 5 Bollywood actresses who have given more flops than hits

Nawaz has named his bungalow 'Nawab' over his father's name. As per reports in DNA, the actor spend almost three years renovating the white palatial bungalow. It is reportedly inspired by his previous home in Budhana in Uttar Pradesh. Nawaz is a HUGE star today, but the actor even today believes he is not a star but an actor and he has no fear of losing his stardom. Ina n interaction with Indiatimes he had said, " Firstly, I don’t consider myself as a star. And even if I lose everything I don’t mind, because I have my craft. I have trained myself day by day, year by year and that’s my identity. My identity is not being a star or the stardom. I am known because of my talent and I will keep that very carefully all my life." Nawazuddin you have become a true inspiration in every sense. Fly high you star! Also Read - Bhool Bhulaiyaa 2: Even though Dhaakad flops, Kangana Ranaut congratulates Kartik Aaryan for ending Bollywood's dry spell at the box office