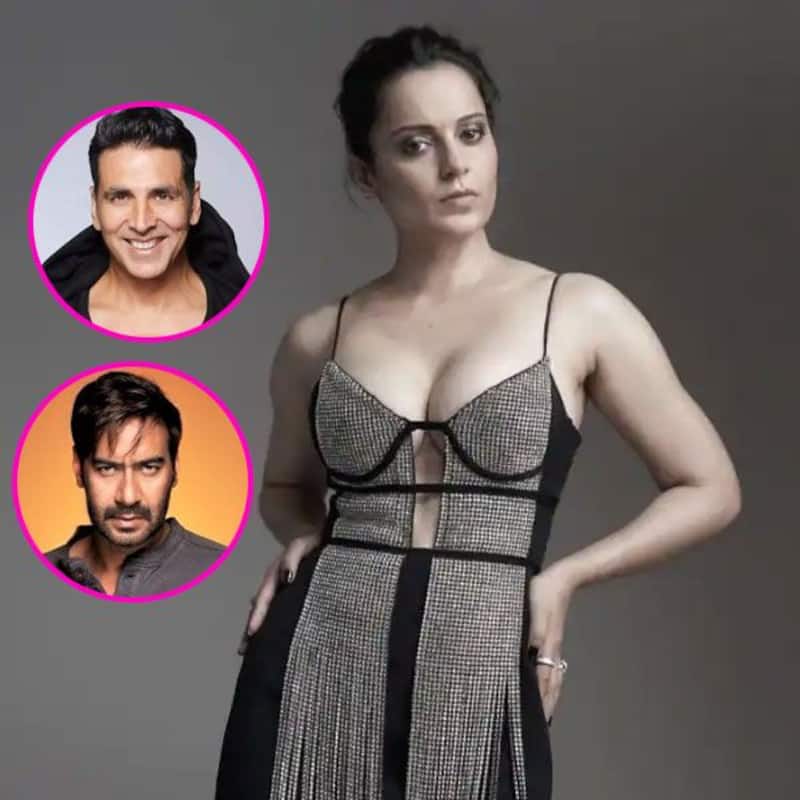 Kangana Ranaut's Dhaakad is going to release on May 20. It is a female-centric spy thriller that also stars Arjun Rampal. The actress is now doing her round of promotions for Dhaakad. She was asked on Mirror Now about the Bollywood Bonhomie mentioned about by Ajay Devgn. He has said that all Bollywood actors support one another. Kangana Ranaut said he never showed any support for her work. She also mentioned about Akshay Kumar. Also Read - Before the Uorfi Javed-Kashmera Shah controversy; Rubina Dilaik-Kavita Kaushik, Tejasswi Prakash-Shamita Shetty and THESE other TV actresses had ugly public spats

Kangana Ranaut told Mirror Now that Ajay Devgn never promoted her film though he supports the works of many others. She said that Akshay Kumar called her secretly to praise her work in Thalaivii but did not tweet the trailer. She was quoted as saying, "Akshay Kumar called me, quietly, to tell me 'hush-hush' that you know, I love your 'Thalaivi', but he will not tweet my trailer." Also Read - Resul Pookutty vs RRR: After Baahubali producer, Composer MM Keeravani reacts to 'gay love story' remark with a vulgar comment

When the interviewer asked her about the cold attitude of the fraternity towards her projects, Kangana Ranaut said someone needs to ask him. She said that Amitabh Bachchan tweeted her trailer, but deleted it almost immediately. She said only he had the answer to why he did something of that sort. She also indirectly spoke about how Ajay Devgn did a cameo in Gangubai Kathiawadi which benefitted the movie. Also Read - Bigg Boss 16: Salman Khan's reality show postponed? Here's what we know

She said in the interview, "Ajay Devgn goes and does a role in a female-centric film. But will he do that in my film? I will be more than obliged and I will be more than grateful if he does. If he supports my film how Arjun (Rampal) has." Kangana Ranaut said it was obvious that people did not wish to support her. She said she openly praised films like Shershah and The Kashmir Files. She said she even lauded Sidharth Malhotra and Karan Johar's movie. She told Mirror Now, "I did it openly, not making quiet calls. This bonding exists between them, but when I reach out they don't reciprocate, not yet. But I am sure that will change."