Kangana Ranaut is NAILING the casual look and how! - view pics

Kangana Ranaut's fashion game is on point yet again.

Kangana Ranaut is one of those women whose fashion game is on point! The actress was spotted in Bandra recently wearing a grey sweat shirt and sweatpants. Who would've thought you can make a style statement with casual wear like this? She completed the look with a pair of dark grey shoes and sunglasses. What we couldn't stop looking at was her hair. You'd usually expect to see those beautiful curls but the actress' mane was straightened and looked just perfect. The actress was hardly wearing any makeup but still looked gorgeous! It looked like she just came out of the gym to go to a slumber party. Also Read - Before Bigg Boss OTT, a look at Kangana Ranaut, Twinkle Khanna and others who said the meanest things to Karan Johar on Koffee With Karan

Though this is not the first time that Kangana has given us majot fashion goals, this look, we're totally digging. Who said you have to be a glam doll to face the paparazzi? Apart from her amazing sartorial choices, the actress has been in the news for a lot of things and no, we're not talking about her take on nepotism. The actress has been in the news for her alleged fight with Aanand L Rai. But looks like there was no fight between the two after all. A source exclusively revealed to us that there is no bad blood between them. (ALSO READ: Exclusive! Kangana Ranaut and Aanand L Rai never had a fight, reveals an insider) Also Read - Ranveer Singh, Kangana Ranaut, Aishwarya Rai Bachchan and more controversial Bollywood photoshoots that'll leave you shellshocked

The source said," Not that Aanand L Rai and Kangana weren’t in talks for a film after Tanu Weds Manu Returns. They had discussed a film titled Heer where Rai had even shown her a rough idea of the poster of the film. But things didn’t fall in place and Anand L Rai then went on to focus on his ambitious project with Shah Rukh Khan. Contrary to rumours, Kangana never had any plans to play Shah Rukh’s heroine in the film. They both share a mutual understanding that a film will only be offered to Kangana if she’s the hero of the story." Also Read - Throwback: When filmmaker Mahesh Bhatt threw 'chappal' at Kangana Ranaut as claimed by actress' sister Rangoli Chandel

Coming back to her recent casual look, check out these pictures right here. 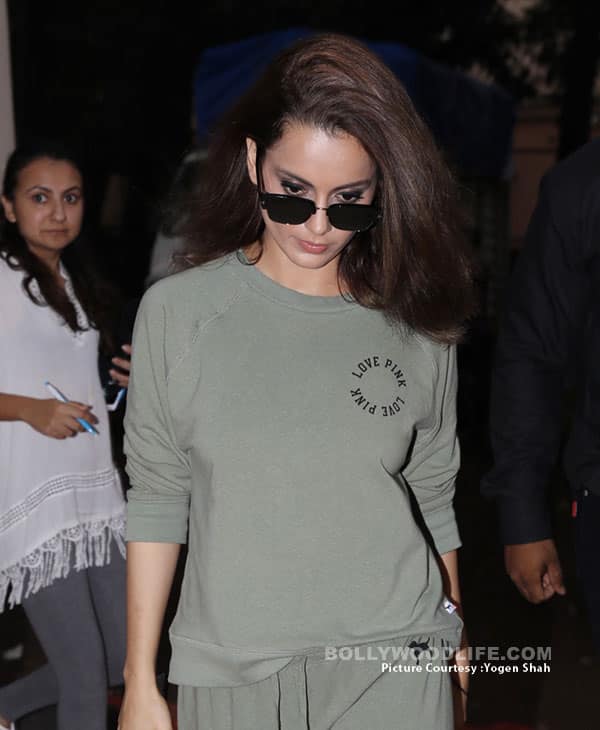 Doesn't she pull it off like a total pro? Tell us what you think about this look in the comments below and stay hooked with us for more.