Kangana Ranaut: There is a comfort level while doing romantic scenes with Imran Khan! 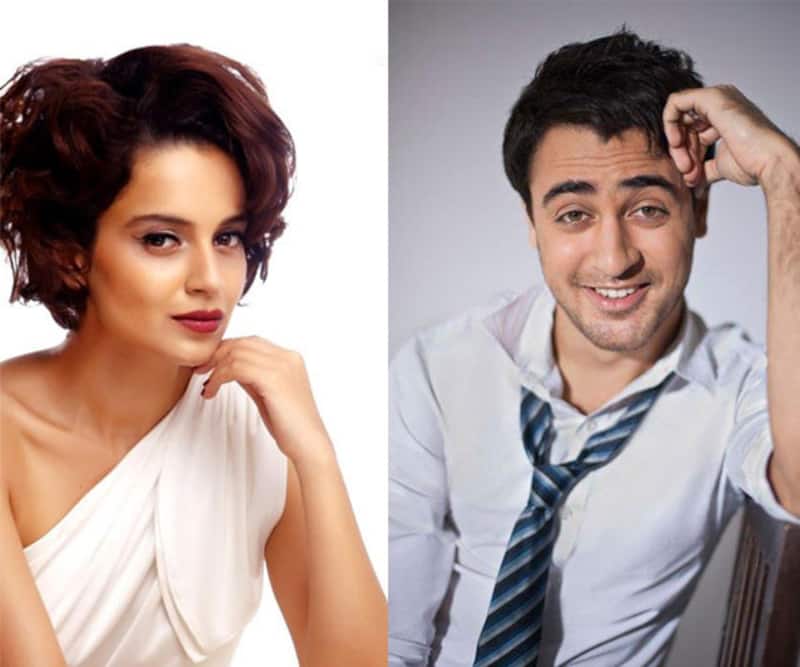 Says Kangana, who is working with Khan in her next film

Kangana Ranaut and Imran Khan may be poles apart in persona and mannerisms, but perhaps that’s what will make their onscreen chemistry sizzle in their next film Katti Batti. While taking part in workshops for the film, they’ve already formed a mutual admiration society. Also Read - What to watch on OTT this weekend: Samrat Prithviraj, Dhaakad, Stranger Things 4 Vol. 2 and more movies and web series you can binge-watch

Kangana says, “My impression of Imran is from the other side of the world - where I come from the mountains in Himachal Pradesh (laughs). He always has his shoes polished, trousers ironed, spiked hair and perfect English. For me, all this is highly fascinating. When we first met, I would just keep staring at him. He is the quintessential Prince Charming and I think it’s nice to have someone like that, who offers that old-world charm and courteousness and is so completely English in his own way.” Also Read - Maharashtra political crisis: Kangana Ranaut, Swara Bhasker, Riteish Deshmukh and more celebs react to Uddhav Thackeray's resignation

She finds that he is not only an interesting person but also an interesting actor. “What he offers as an actor is that he has the vibe of a nice guy so there’s a comfort level while doing romantic scenes. In Katti Batti, that’s important as it’s a love story. Most heroes go left when you say right and vice versa. It’s the confused way most guys behave. Imran is very matter-of-fact and that makes it easier to have an equation with him. It’s great because you feel charged about working with him and don’t feel insecure at all. Imran is such a nice guy...” she trails off. Also Read - Urfi Javed on the radar of an extremist? Bigg Boss OTT contestant tags Mumbai Police after a man threatens to kill her

Coming back to the film, she adds, “This is such a demanding film for him to do. It is Imran’s film and I am playing a character in his film. The role is out of his zone. He is not playing a Prince Charming anymore but a guy who, throughout the film, is on the verge of a nervous breakdown, so it’s impressive that he chose this.

“We held some preparatory workshops for Katti Batti last week and that’s where I came to know Kangana well. I found her awesome! I was very impressed with her knowledge of the characters, her throughts on the level of characterisation and that she had picked up the little nuances in the script. Maybe she has used certain references from her own life experiences. She’s also very good in creating a back story for the characters and reading between the lines. I was surprised. She is a very talented actress and has a different approach to acting which is interesting. Did mamu (Aamir) say Kangana is the sexiest actress in Bollywood on Koffee With Karan? Toh phir Kiran ka kya kehna tha?”