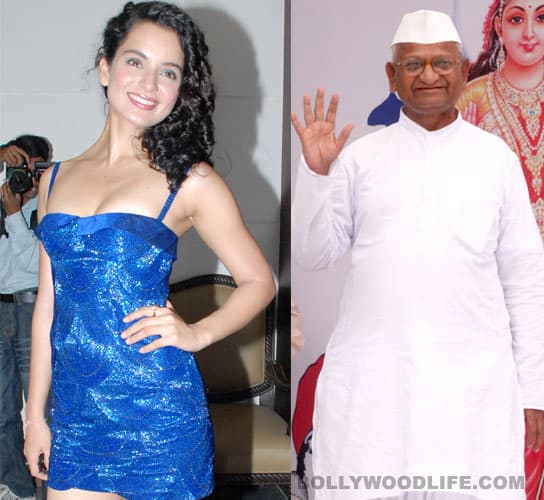 Rakhi Sawant isn’t the only chick in B-town who’s capable of leaving you dumbstruck with her bold statements. Kangna Ranaut has hopped on to the same bandwagon and it looks like she’s not afraid of speaking her mind any more, anywhere, to anyone!

As Simi Garewal confers Kangna with the India’s most desirable label this weekend, the sexy babe gets into a ‘no holds barred’ conversation with the host. Right from spilling the beans about her love life to talking about the man she finds the most desirable, Kangy gets super candid on the show and, trust us, she provides us with some great fodder for entertainment. Recently Rakhi Sawant became the butt of all jokes when she revealed that she has a soft corner for Baba Ramdev. She said that she wouldn’t mind marrying or dating the yogi if given a chance and insisted she had serious thoughts about his 'virginity'. Well, Kangna’s taken the same route here but, of course, she had a more subtle and sophisticated way of conveying her feelings on national television. “I think Anna Hazare has redefined his status for turning into a symbol of desirability,” she said on the show. Also recently, when John Abraham was asked whom he thinks is India’s sexiest bachelor, the actor said that he finds Ratan Tata the most attractive. We wonder, what’s with B-town’s sudden fascination with old men? They are taking the whole image-building exercise way too seriously, we think. And the one piece of advice we would like to give these young actors is: take a chill pill, guys!