Kanye West passed mean comment on Taylor Swift yet again and this time he called her a 'fake a**'! 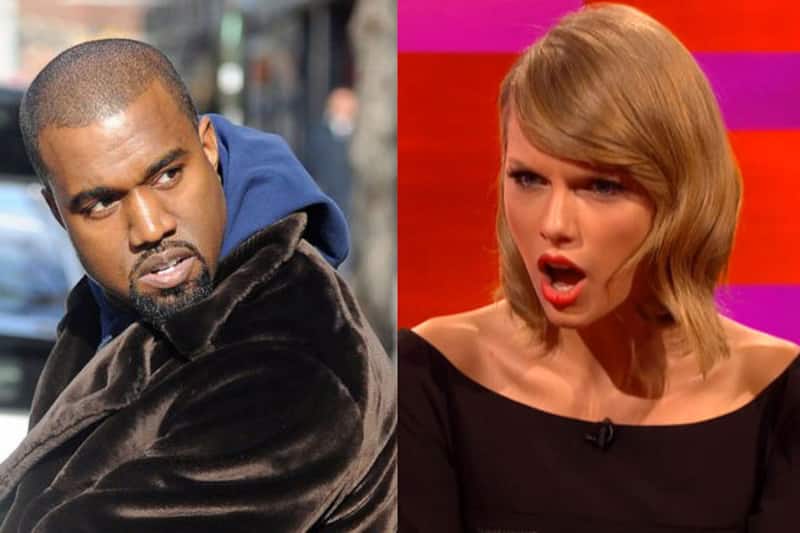 Woah! Trouble has a new name and it's Kanye West! Read on...

The constant dig sessions going on between Taylor Swift and Kanye West seems to be never ending! In fact, the more the days go by, the more the tension between these two escalates. Clearly, these two cannot be anywhere close to being amicable. If you guys remember, Taylor Swift managed to win Best Album of the Year at the Grammys yet again and while giving her acceptance speech, she specifically mentioned how people try to take credit for other people's success. Needless to say, that was totally directed towards Kanye after the whole 'Famous' song debacle with Taylor's name on it. Also Read - Kim Kardashian ready to move on days after breakup with Pete Davidson; Kanye West to disrupt all her future relationships? Here's what we know

But being so vocal about his feelings are clearly gonna put him in a bad light, sooner or later. He, however, has managed to find himself in yet another fix! So during the shooting of NBC's show, Saturday Night Live, Kanye was invited to perform. Thanks to a big meltdown that he had before performing, he started venting out (or rather bitching). This incident took place in the weekend and Kanye went all out with his cussing and bitching. Someone from the sets managed to get the entire venting as that person recorded it when Kanye was yelling around his team. Also Read - Kim Kardashian-Pete Davidson split: Is this how comedian-actor is coping with his break up with the reality TV star? [Report]

Oh yeah, put your children to sleep and keep the Censor Board away from this article because it is full of f**ks and well, f**ks! One thing that's for sure is that his wrath for the Bad Blood popstar has skyrocketed and second thing is that has literally drowned seven feet under in his ego! Time to pull up your socks? We hope he does so soon. Also, we wonder how Taylor Swift is going to react to this! Check out the recording of Kanye venting out and tell us what you think of this in the comments section below!