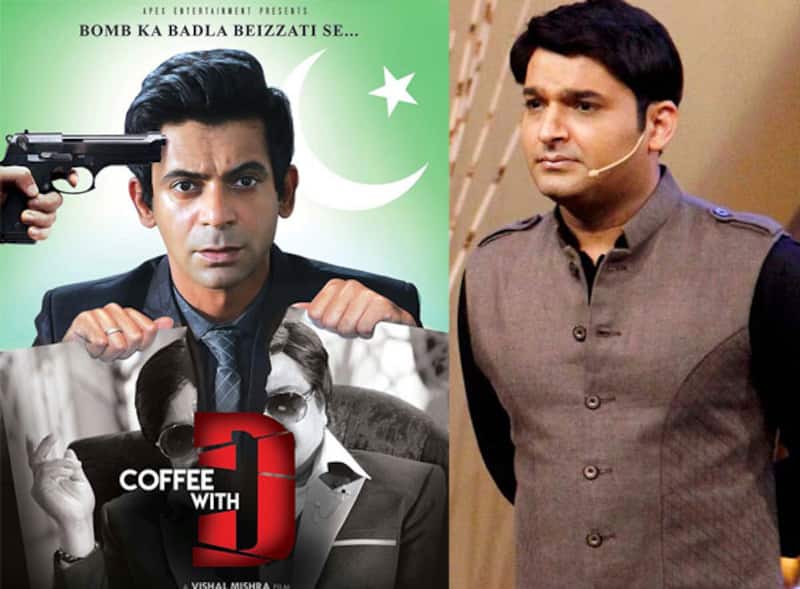 Sunil Grover, who is popularly known as Gutthi from Comedy Nights With Kapil and now as Dr. Mashoor Gulati from The Kapil Sharma Show, was looking forward to promoting his upcoming film Coffee With D on Kapil's show. Kapil had reportedly promised him to allot five minutes for the film's promotion, however, the team of Coffee With D never got invited on the show. Also Read - Shehnaaz Gill, Kapil Sharma and more: Meet the TV Instagrammers of the week

After the episode getting postponed by a day, Sunil was told that the two-day shoot has been cancelled. “Sunil’s Punjabi film Vaisakhi List was allotted just five minutes last year and Kapil told him that our film would also get five minutes as opposed to the usual 30-minute slot. Eventually, they were not invited at all,” Coffee With D director Vishal Mishra informed Mumbai Mirror. Also Read - Kapil Sharma lands in legal trouble for breach of contract of North America tour; 'didn't perform, has not responded'

Although it's not known under what circumstances has this decision been taken, one can assume that this incident will surely have its repercussions on their relation. The two have had a spat in the past, too, which ended in Sunil leaving Comedy Nights with Kapil and doing Mad In India. Also Read - Trending TV News Today: Urfi Javed shares pic of bruised neck, TMKOC's Mandar Chandwadkar aka Bhide talks about Raj Anadkat aka Tapu's exit and more

Talking about Sunil's sudden exit from the popular show, Kapil had said in an earlier interview, "I don't know. Sunil has been around trying to find his bearings in the entertainment industry. He's my senior. I've the highest regard for his talents. And I am not the kind to feel threatened or competitive about anyone. In fact, I go out of my way to ensure every member of my team has a chance to take centrestage, so I can relax. Sunil must have been provoked into leaving by people around him." However, as we all know, Sunil did return to Kapil's show later and also cleared all the reports of having a fall out with him. But this recent incident seems potential of opening old wounds.

What do you have to say about this shocking incident. Leave your thoughts in the comments' section below. And stay tuned to Bollywoodlife for latest updates on the matter.