Kapil Sharma has struggled a lot in life. From teaching theatre students for paying college fees, to auditioning for acting talent hunts, Kapil has literally gone from rags to riches

The ace comedian Kapil Sharma has been rigorously shooting the initial episodes of his upcoming show The Kapil Sharma Show for the past few months. Along with him, he has made his team of comedians to slog as well. But they will soon reap the fruits of their hard work. But that is not the only secret behind Kapil’s success. His strongly tied family bond plays an important part in his life. Here are some pictures from his personal life that will prove how much Kapil loves his family. Also Read - Happy birthday, Kapil Sharma: 7 times when the host of The Kapil Sharma Show cleverly trolled celebrities while cracking jokes 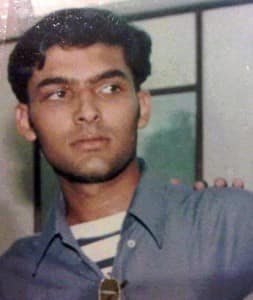 Kapil Sharma in his teens. Kapil worked at a PCO to earn pocket money when he was in tenth standard. In college, he started teaching the theatre students to pay for his college fees. Also Read - Kapil Sharma's achievement hailed by the World Book of Records 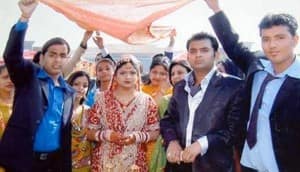 Kapil getting his sister married off in his hometown. The family was going through a financial crisis at the time of the wedding, but Kapil bagged an entry into Laughter Challenge Season 3 and that ended all their problems. He won the season and money started rolling in. 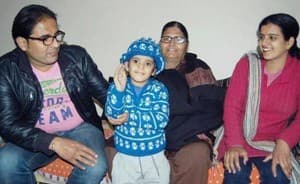 Kapil’s brother, Ashok Kumar Sharma, couldn’t study much as he had to look after the family. But he always encouraged Kapil to study more. Ashok has a wife, Muskan and daughter Kayna. They live back home with Kapil’s mother Janak Rani. 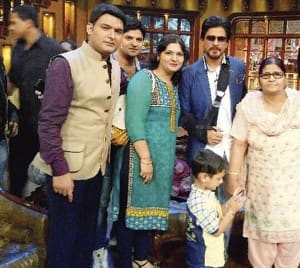 From left Kapil Sharma, his sister Pooja Pawan Devgan, her son Parikshit and mother Janak Rani with Shah Rukh Khan on the sets of Comedy Nights With Kapil. 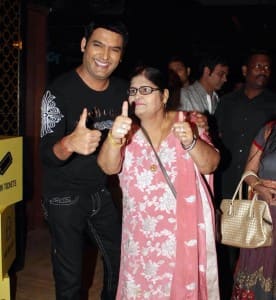 Kapil Sharma posing with his mother at the screening of Kapil’s movie, Kis Kisko Pyaar Karoon. He is very fond of her and has been taking her to new places. Until now, she has sacrificed a lot for Kapil. 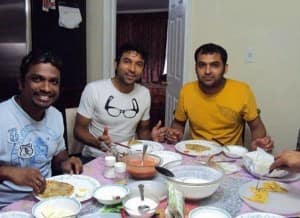 Kapil enjoying his favourite Punjabi food, aloo ka paratha with dahi, along with Chandan Prabhakar and another friend at his home. He also loves the traditional combination of Rajma Chawal. 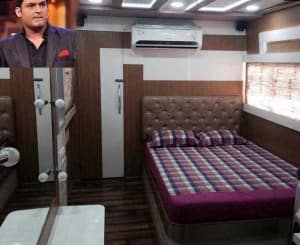 Kapil Shrma’s personal vanity van. From living in a rented accommodation as a kid, to owning a vanity van is certainly a big leap!