Karan Johar as a filmmaker is better than a host or an actor, think fans! 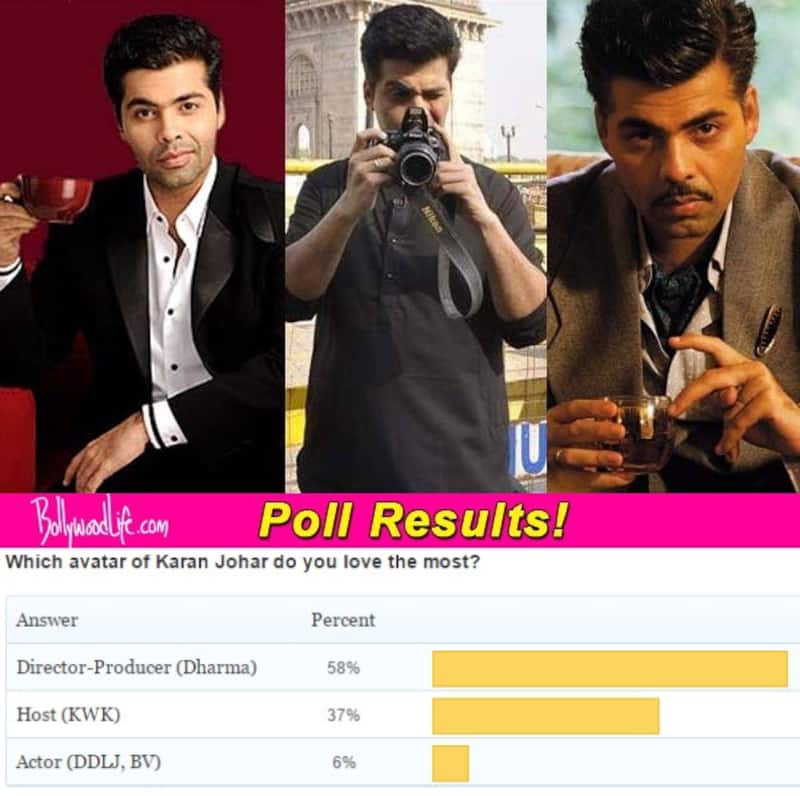 KJo is known as a many who dons many different hats in the film industry. Here's a look at which among those roles do you fans love the most....

Karan Johar has played many roles in his career. From being an actor in Dilwale Dulhania Le Jaaenge and Bombay Velvet to hosting the very famous chat show Koffee With Karan to making superb films like Kuch Kuch Hota Hai, Kabhi Khushi Kabhi Gham, Kabhi Alvida Naa Kehna, My Name Is Khan, Student Of The Year, KJo has been doing everything. So we decided to ask you fans as to which avatar of his do you guys love the most and you have picked your favourite one. Here's a look at the results... Also Read - Trending South News today: Shruti Haasan talks about battling PCOS-endometriosis, R Madhavan trolled for getting Indian Twitter users wrong and more

Well, we agree with you a cent percent. KJo definitely is one of the most brilliant filmmakers of the country. His hosting and acting are good no doubt, but filmmaking is something that he is world renowned for. His next film as a producer Baahubali, is all set to hit the screens on July 10. We are all eagerly awaiting for his next directorial Ae Dil Hai Mushkil as well. Stay tuned to BollywoodLife for more revealing facts from these upcoming films.