Karan Johar's birthday bash at YRF was the talk of the town. It was attended by many prominent Bollywood celebrities like Shah Rukh Khan, Hrithik Roshan, Katrina Kaif, Vicky Kaushal, Salman Khan and more. 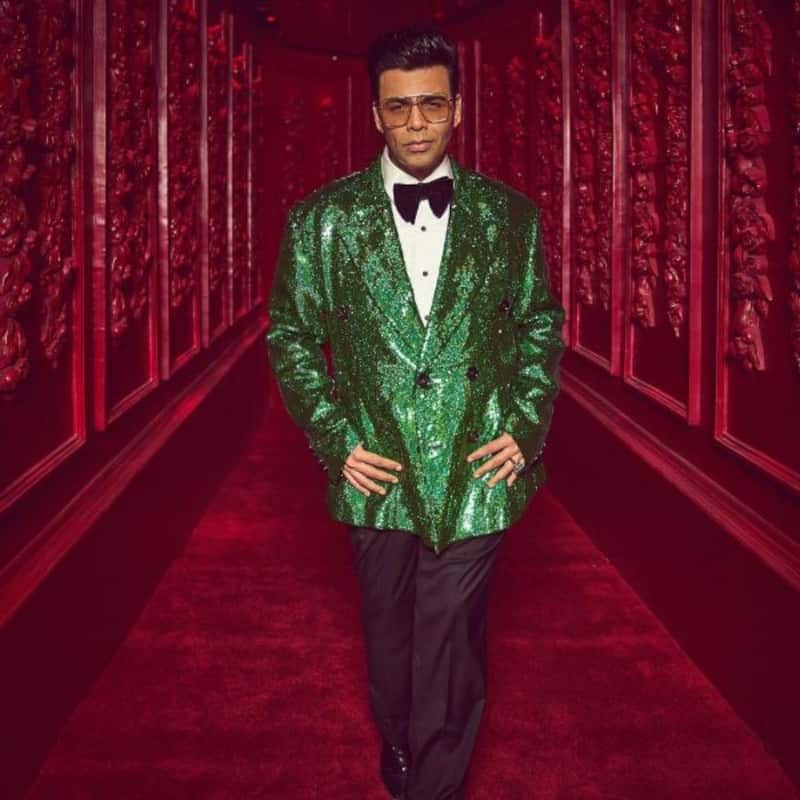 Karan Johar celebrated his 50th birthday yesterday and his birthday bash at YRF was the talk of the town. It was attended by many prominent Bollywood celebrities like Shah Rukh Khan, Hrithik Roshan, Katrina Kaif, Vicky Kaushal, Salman Khan and more. Now, Karan to Instagram today to share a post in which he can ne seen making fun of his green birthday outfit. His self-deprecatory humour was on point. Also Read - Koffee with Karan 7: Shah Rukh Khan, Salman Khan, Kangana Ranaut and more celebs who haven't confirmed but whom we'd love to see on Karan Johar's show

He wrote, “Ok so it’s Christmas tree chic! But the Bling factor is intact! I am overwhelmed with the love and blessings but that didn’t stop me for being a serial poser, pouter and preener! Roz karenge pose✅ styled by @ekalakhani in @dolcegabbana hair @rajeev_gogoi make up @paresh_kalgutkar ? @sheldon.santos managed by the birthday boy @len5bm ! I am 50! Nazar na lage mujhe!” Have a look at his post below: Also Read - Koffee with Karan 7: Alia Bhatt is a sight to behold in a pink ruffled dress proving she will be one of the most gorgeous moms of Bollywood

The post is getting a lot of reactions from celebs and fans. “Belated happy birthday Rockstar,” wrote Bipasha Basu. Neha Dhupia wrote, “That ring ? tho!.” Fans reacted with heart and fire emojis. Also Read - Hrithik Roshan again hobnobs with ex Sussanne Khan and her beau Arslan Goni in LA – check out who else joined them

Meanwhile, on his birthday yesterday, Karan took to Twitter to make an announcement about his next film. He revealed that after Rocky Aur Rani Ki Prem Kahani, he will start shooting for an action film next year in April. He wrote, “The one aspect that I believe I am most passionate about is being a filmmaker! In the past, I have always taken long gaps between my films but today on this special day, I would like to announce my next directorial feature…”