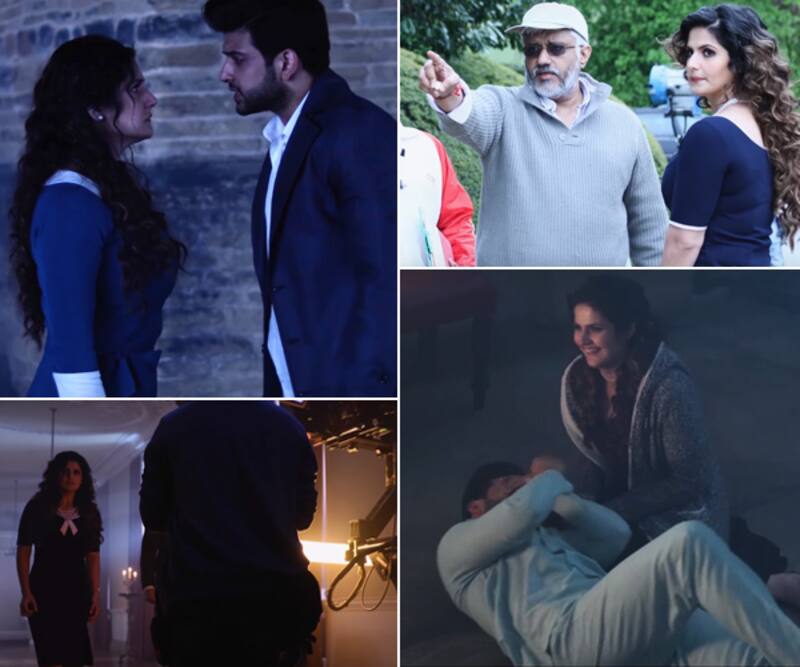 Vikram Bhatt's spook fest 1921 releases this Friday. It is a sequel of the cult horror film, 1920 and many of the elements of the first film. It has sublime love, music and of course, the demonic forces that create havoc on the lovers. The film has been shot extensively in the UK and Scotland. Bollywood Life got its hand on some EXCLUSIVE behind the scenes footage where we can see that shooting for a horror flick can be a very funny business. No spooky stuff here as Vikram Bhatt is doing everything to make Zareen Khan crack up. Even Karan Kundrra is a prankster.

Karan Kundra and Zareen Khan kickstart the shoot of 1921 in UK; View Pics

Vikram Bhatt can be heard saying that Zareen is a fun-loving and friendly person who is equal with everyone on a film set. He says their friendship is one made by God. He says he adores the human being in Zareen immensely. The actress plays Rose, an Englishwoman in the film who falls in love with Ayush, an aspiring musician. They have dark secrets and have to deal with a demonic spirit. The premise is not very different from the earlier films but the makers promise that this is one of the most terrifying films in the 1920 franchise.

1921 Trailer: The Karan Kundrra-Zareen Khan starrer has the vibe of the original 1920 and a host of Hollywood films

In a statement, Zareen had said, "I have never done a horror genre so, it’s very challenging for me. But I am really looking forward to this one." In the film, she is the only one who can save Ayush. Stay tuned to Bollywood Life for more scoop and updates.... Also Read - Bigg Boss 15 lovebirds Karan Kundrra and Tejasswi Prakash to get married soon? Actor breaks silence