Karan Patel and Ankita Bhargava will walk down the aisle on May 2 and there’s barely ten days for the big event. To celebrate her last few days as a spinster, her friends organised a hen-party for Ankita. Also Read - Bigg Boss: From Sidharth Shukla to Hina Khan, here are 10 nastiest things contestants said to each other on Salman Khan's show

Her friends from telly town Roopal Tyagi and Rishina Kandhari organised a hen-party for their dear friend. Apparently, it was only the girls at the start. Of course, Ankita wore the veil of the bride and the sash that announced she was soon to be hitched. Also Read - Bigg Boss 15: Before the new season, here's a look at all 'The Masterminds' of the previous seasons of Salman Khan's show

The girl gang was later joined by some of their guy friends. Ankita posted some pictures on social networking sites and tweeted, “Thankuuuu my Fav People for d best HEN'S PARTY Everrr!!! I cudnt hv asked for more. Nit full of love, dance & emotions! U & I, In this beautiful world! My pack of Superwomen!” Also Read - Ahead of Bigg Boss 15, check out the couples who found love inside the house and their current relationship status

Now that was Ankita’s bachelorette, wonder when Karan is having his boy’s night out. We are sure Aly Goni, who played cupid and brought the couple together, will surely plan something special for his brother from another mother. 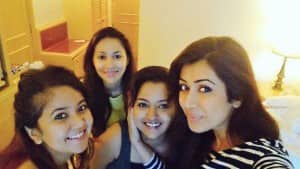 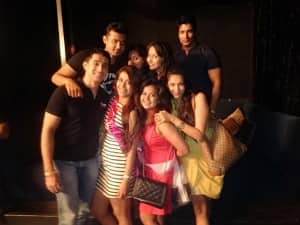 Stay tuned to this space for more updates and gossip on the wedding of the year.