Naagin 2 actor Karanvir Bohra escapes a near-fatal accident. He sustained minor injury on his back. 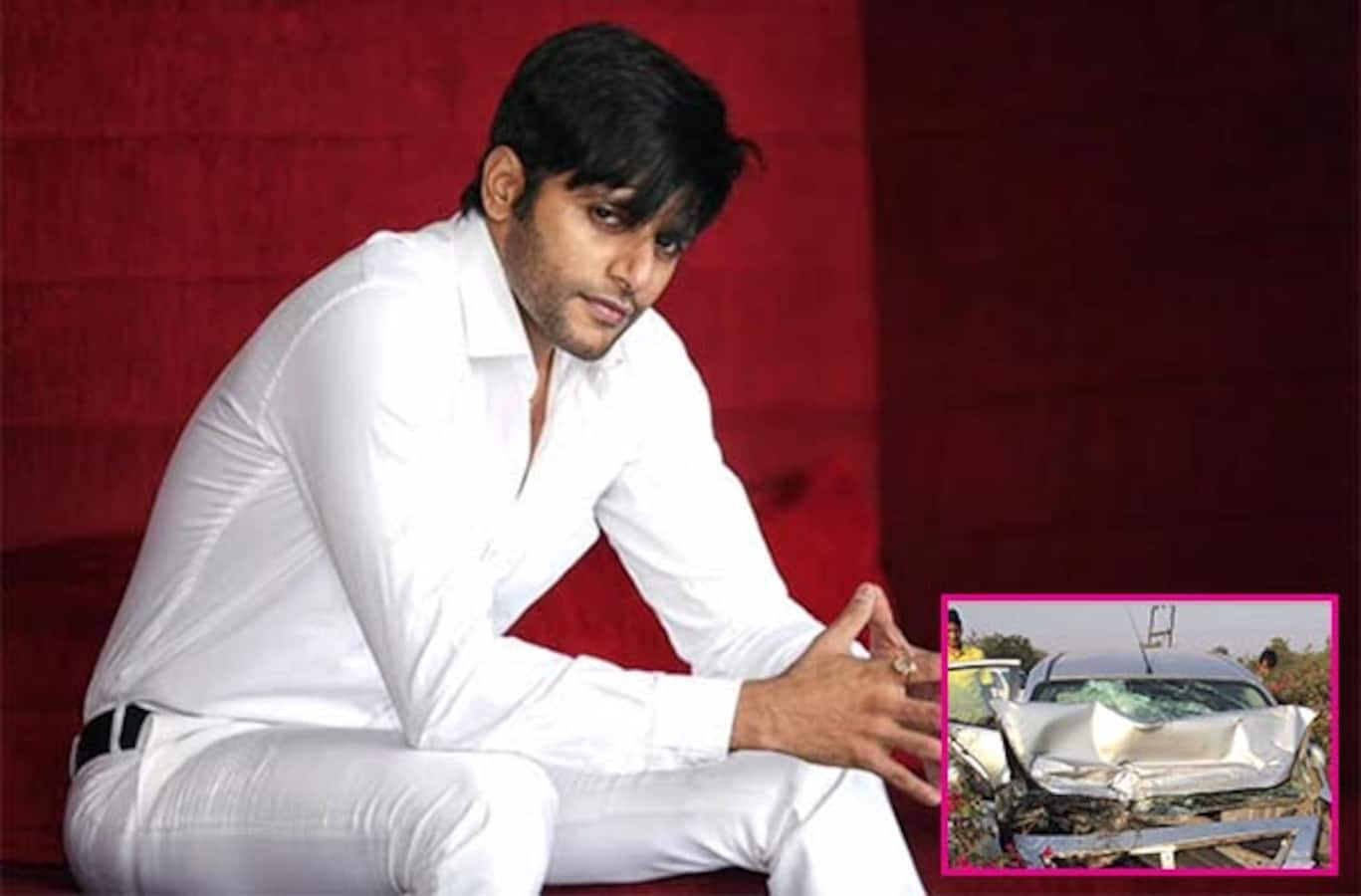 Naagin 2 actor Karanvir Bohra met with an accident at Bharuch on March 7, that is yesterday! The blue eyed boy of telly town was on his way to shoot a song of his upcoming movie when the incident occurred. Present with him were his co-star of the movie Priya Bannerjee and sister, Meenakshi! Damn, this is surely scary. Here's how it happened. The actor, who recently flew down from Canada after spending time with his famjam, was going to Gujarat to shoot a song sequence for his film Hume Tumse Pyaar Kitna. A speeding truck that was using the wrong lane, rammed into Bohra's car, causing a big jerk. Also Read - Karanvir Bohra and Poonam Pandey's viral video heavily slammed by netizens; call behavior 'shady'

Luckily, everyone in the car survived. “It all happened in a fraction of a second. We managed to swerve to the right on to the pavement in an attempt to avoid the truck and hit a lamppost. The car is completely smashed and it's a miracle we survived. We were going to be in Bhuj for four days. We are planning to go back next week.“ He further added, "By God's grace we are safe. My car met with a very bad accident, is over the divider. I am safe with just a slight pain in the back, but I will be fine. Thank you God for saving us" The actor escaped a fatal accident with a minor back injury. We even got pics of the same which you can check out below! Also Read - Gashmeer Mahajani, Karanvir Bohra, Sayantani Ghosh and more popular TV celebs who lost all their money and got into major debts 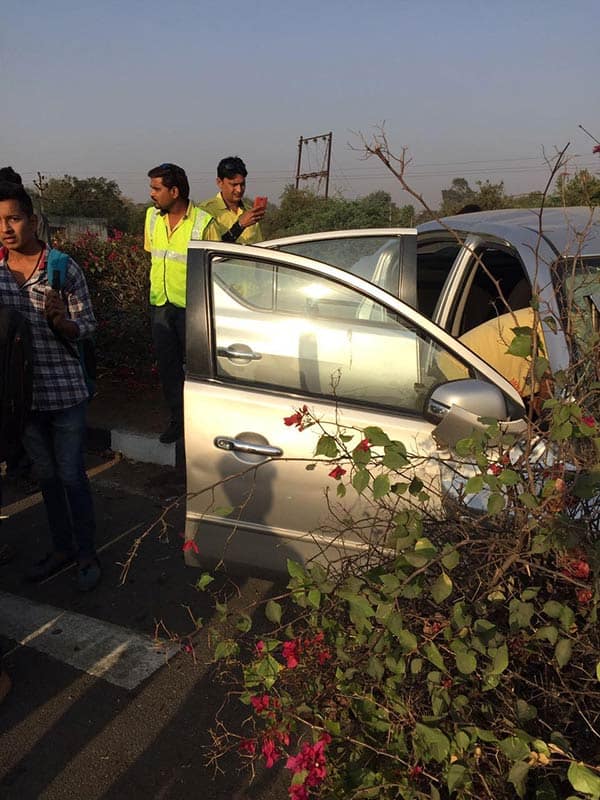 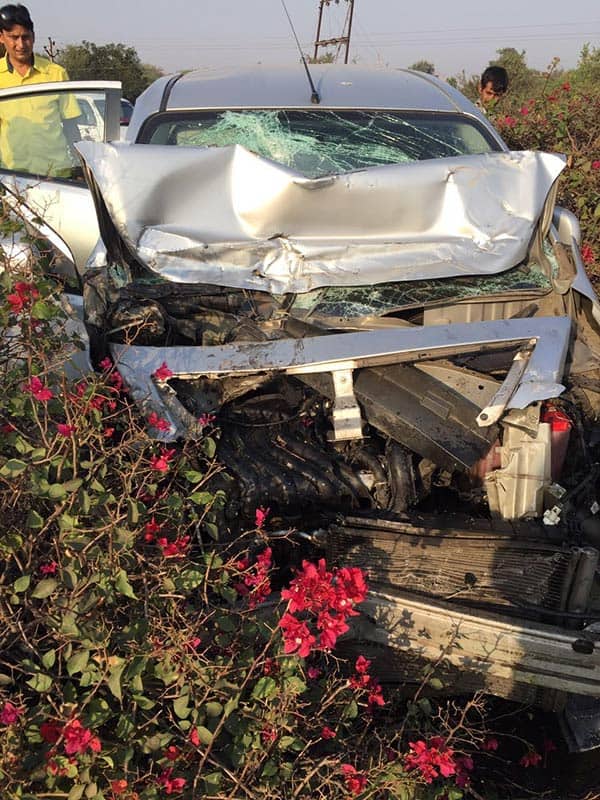 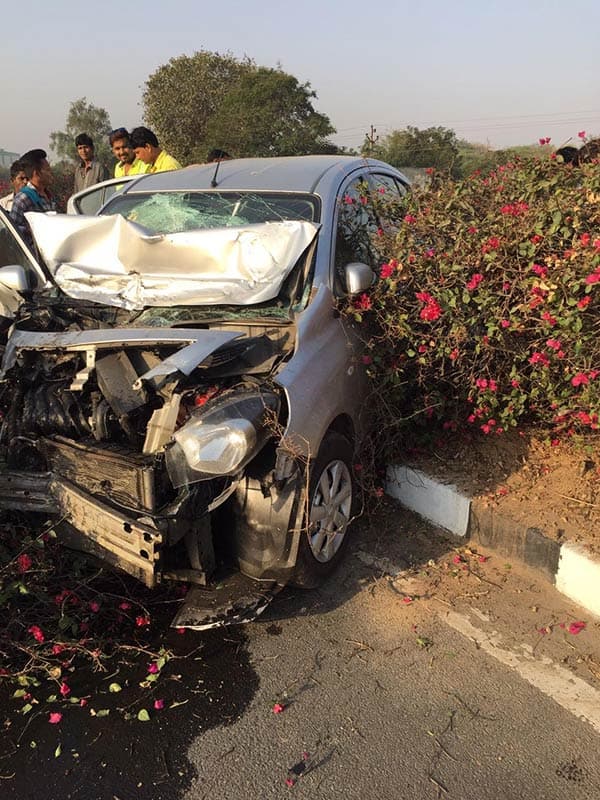 The schedule has been postponed to later as right now the actor is being tended. Just recently we had reported how the actor, who gained quite a lot of stardom yet again with Naagin 2, signed a movie named Ijazat. Well, clearly, he's super serious about venturing into B-town and spreading his wings. We wonder if it'll work in his favour. But right now, let's focus on how he narrowly escaped an accident that could've been really fatal.