The yummy looking chocolate cake is from Taimur, Samaira and Kian.

Veteran actor Randhir Kapoor celebrated his 71st birthday yesterday. Family and friends gathered to give the actor an unforgettable party. His daughters Karisma Kapoor and Kareena Kapoor Khan stood by his side as he cut the cake. Their mother Babita was also present there. They are a gorgeous looking family. Seriously, good looks run in their genes. And this picture of them standing together is proof. Also Read - Shah Rukh Khan, Kangana Ranaut, Saif Ali Khan and more Bollywood celebs who flaunted their love bites with pride – view pics

Also, the cake was the cutest thing at the party! Why do we think so? Well, look closely at the cake. It doesn't have Randhir's name anywhere but has his grandkids Taimur, Samaira and Kiaan's names placed cutely on tiny flags. The delicacy is addressed as Happy Birthday Nana. Yep, the yummy looking chocolate cake is from the three children to their grandfather. How cute! Also Read - Trending OTT News Today: Aakashavaani trailer is mysterious, Ek Thi Begum 2 trailer is gripping, Bhoot Police continue to rule and more 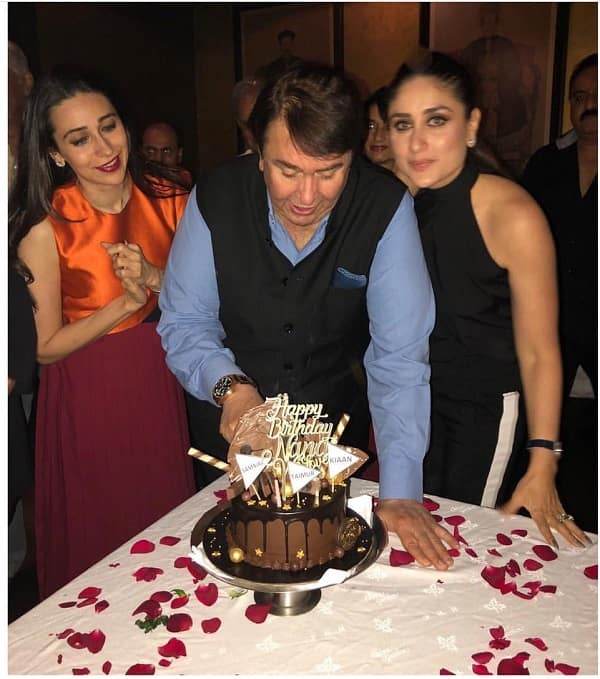 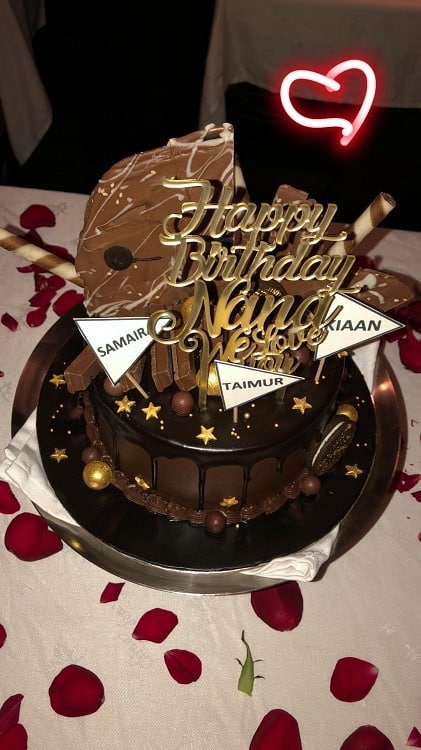 Last year as well, Randhir Kapoor's birthday celebration was a grand affair. His two daughters had taken care of all the arrangements and threw him a huge bash. One video from the party even went viral on the internet which stole everyone's hearts. Knowing that there will be a gathering of media and photographers outside the party venue the Kapoor family had made sure to serve dinner to media. A video of Karisma personally asking the present media personnel if they had food or not went viral.