Kareena Kapoor and Magic Mike aka Channing Tatum in a frame just made this Monday less borrring! 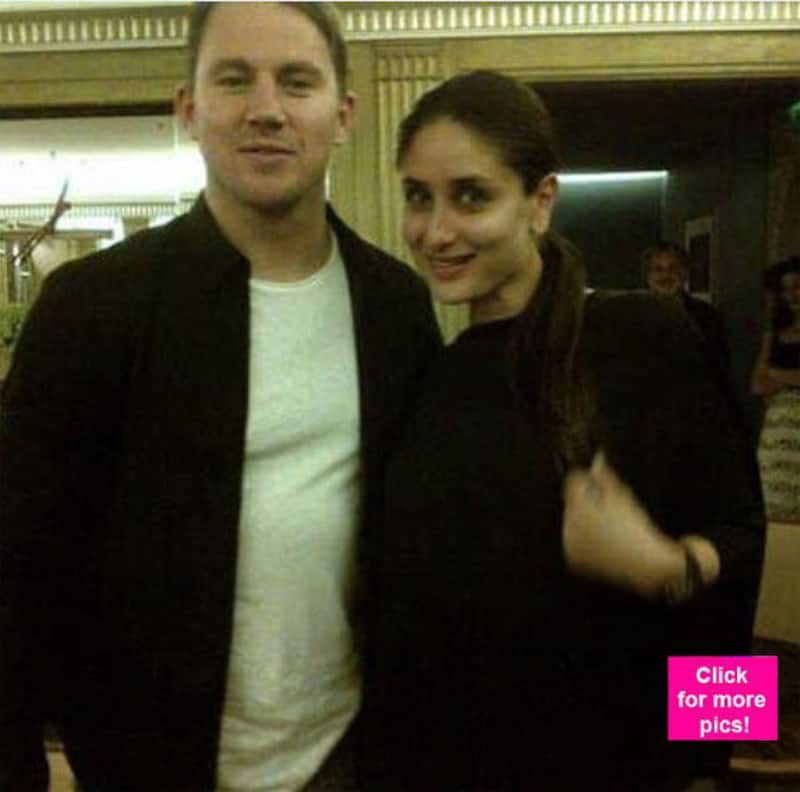 This has got to be the BEST holiday picture ever!

You may have seen Bollywood celebrities letting their hair down on their private vacations and sharing those pictures on social media. But nothing tops this! Also Read - Kareena Kapoor Khan to Aishwarya Rai Bachchan: Bollywood actors who were labelled as MOST arrogant

Kareena Kapoor is in London with her family, chilling and living the good life in general. But this Internet-breaking picture of her posing next to the magic Mike XXL actor happened on the same trip! Yes, if you cannot believe your eyes let us reassure you that this is not a Photoshop job. It is indeed Channing Tatum standing right next to our very own Bebo in all his glory! We can SO make a postcard out of this picture but we leave that job for you guys! Also Read - Malaika Arora, Janhvi Kapoor, Priyanka Chopra and more actresses who wore outfits with bold and bizarre necklines

Kareena is all set to make a splash at the box office with her upcoming release opposite Salman Khan in Bajrangi Bhaijaan. She has also shot for Udta Punjab and she plays a doctor in the film that deals with drug-trafficking. She is also set to play a schizophrenic prostitute in a film and Arjun Kapoor's wife in R Balki's next! Also Read - Moving In With Malaika: Kareena Kapoor Khan has THIS special advice for bestie Malaika Arora; says, 'Malla let your guard...'

Channing is waiting for the reboot of his film Magic Mike titled Magic Mike XXL to release worldwide!

Can Channing and Kareena get together for a movie now? Pretty please? Tell us what you think about this pic of Channing and Bebo together?