BFFs Kareena Kapoor Khan, Malaika Arora and her sister Amrita Arora shared their pictures from Karan Johar's bash on social media. But little did they know that they will be age and body-shamed. However, the divas didn't hesitate to call out the trolls for their sick mentality. 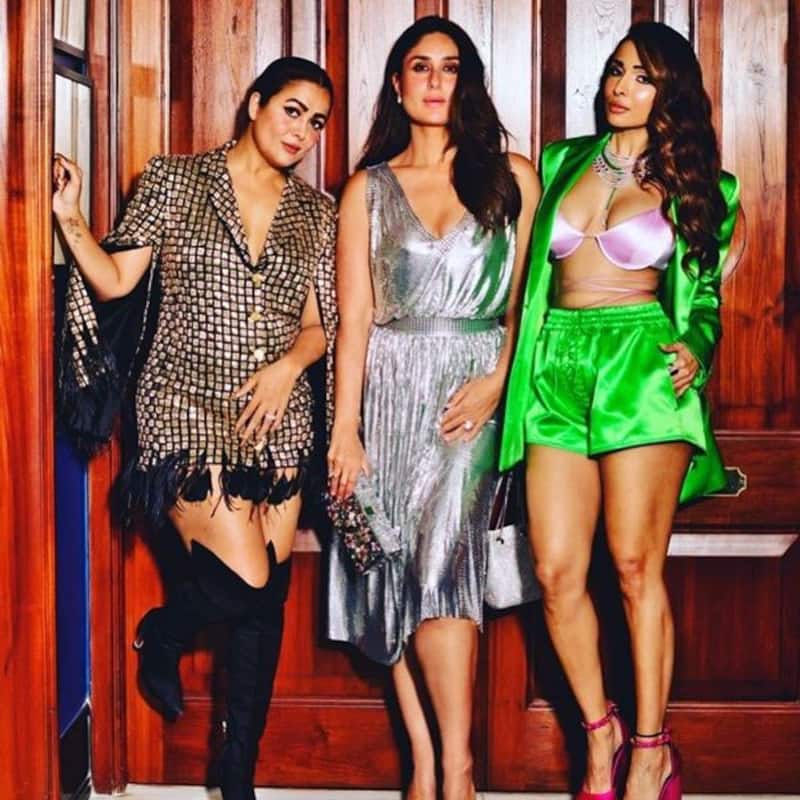 Karan Johar celebrated his 50th birthday in grand style at the Yash Raj Films studio. The entire B-town swarmed the venue to celebrate KJo's 50th birthday. BFFs Kareena Kapoor Khan, Malaika Arora and her sister Amrita Arora also made a stunning entry with their glamourous looks. The trio also shared their pictures on social media. But little did they know that they will be age and body-shamed. However, the divas didn't hesitate to call out the trolls for their sick mentality. Also Read - After Shah Rukh Khan's Pathaan, Ranbir Kapoor's Brahmastra faces boycott; actor blamed for INSULTING Hindu Gods along with Aamir Khan in PK

Amrita was body-shamed for her visible weight gain. Giving befitting reply to body-shamers, she wrote on Instagram, "Got a lot of hate on my weight gain! I own it…. I love it… my weight my problem! Since when has everything become everyone’s issue! Ohhh ya since social media gives…. I give zero f’sssss….So please go on n I’ll name n shame! Ha!.” Also Read - RRR: Jr NTR beats Ram Charan; makes it to the Oscars' Best Actors 2023 prediction list 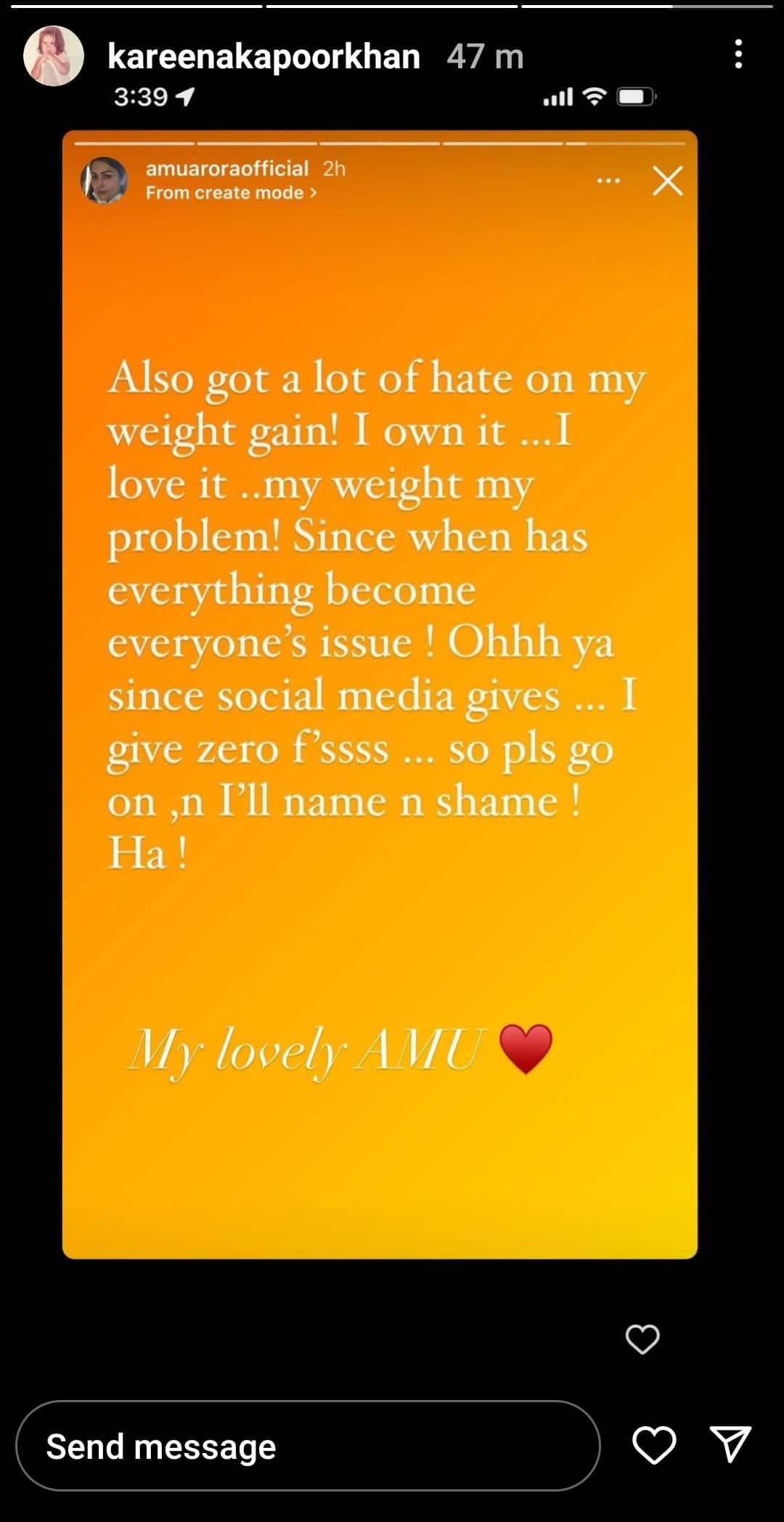 On the other hand, Kareena was age-shamed for her looks. She gave a burning reply to the trolls who called her 'buddhi'. "I keep seeing this on comments! If n when I bother to check, unless it’s the one that comes up on top! So…. buddhi is meant to be an insult?? Coz for me it’s just a word… a word that means old? Yes we are older… n wiser… but you, are nameless, faceless, ageless? And so are your folks?” she wrote. She also shared Amrita's reply and cheered for her saying, "My lovely AMU” with a heart emoji. 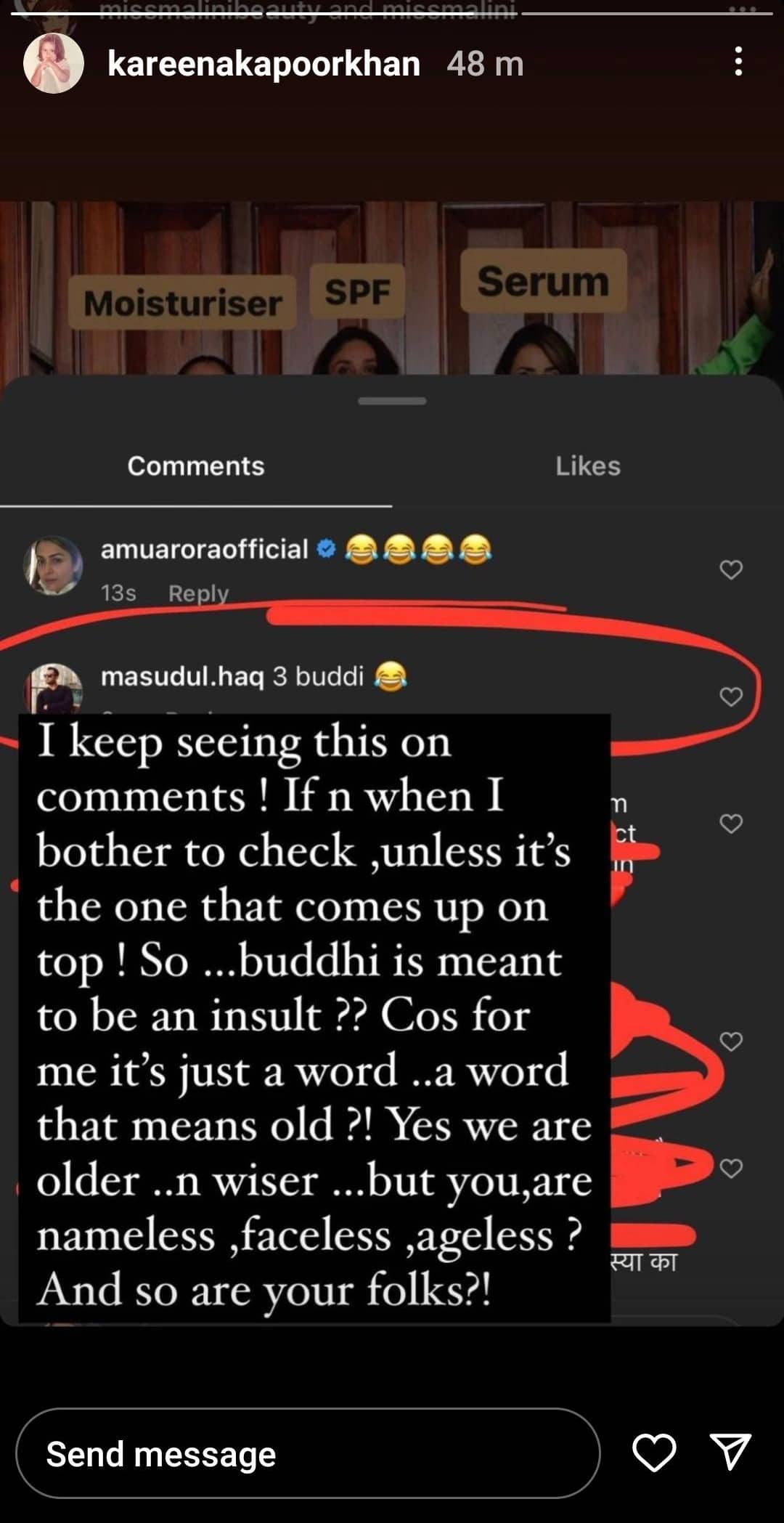 Malaika had also come out in support of her sister Amrita. She had written on Instagram, "You say it sis…. You are beautiful just the way you are…. N guys it’s so damn uncool to fat shame anyone…. Tch tch”.

As they say, 'friends that slay together, stay together.'